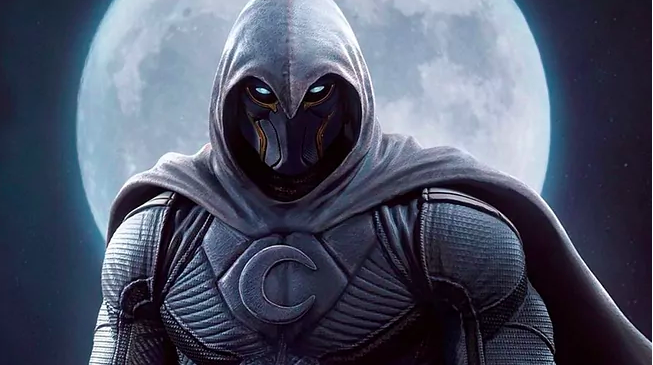 Marvel Studios is set to release a Moon Knight series starring Oscar Isaac. Last year, Disney+ released a reflection of MCU shows, including the upcoming “Moon Knight” as yet another dark film in the universe that aligns with the franchise’s direction right now. Don Perlin and Doug Moench created the titular superhero character in the forthcoming film as part of the franchise since the 70s. Now the Moon Knight, whose true identity is Marc Spector, will appear in MCU’s Phase Four which started in 2021 with WandaVision.

Moon Knight is slated for release on March 30, 2022, on Disney+, in what appears like a close competition with DC’s upcoming film, The Batman. Fans have often compared the two movies and their main characters, and given the rivalry between DCEU and MCU, the close scheduling is no coincidence.

Oscar Isaac will star in the film as Marc Spector with Ethan Hawke playing Arthur Harrow, a villain and cult leader. Gaspard Ulliel (recently passed away after an accident) will play as the villain. Anton Mogart will appear as the Midnight Man who shares a history with the main character in the comics. Lucy Thackeray will also appear as Spector’s alter ego’s co-worker. It’s unclear what role May Calamawy will play or whether Khonshu will be portrayed through live-action or computer-generated imagery.

Who Is the Moon Knight?

Marc Spector is now the close equivalent to DC’s Dark Knight due to the almost similar titles and their actions in their respective universe. Moon Knight lives a double life as a wealthy entrepreneur by the day and a vigilante at night. Over time, Moon Knight has become Marvel‘s high-profile character struggling with an ancient Egyptian god, mental illness, and sometimes he turns into a stone-cold killer.

Moon Knight’s comic book history, especially with the Avengers, is somehow complicated and includes the “Age of Khonshu” storyline that shapes him into the next biggest villain in MCU. So, it’s likely that Marvel will use Isaac to realize its biggest villain. But, to put the jigsaw puzzle together, we delve into Moon Knight’s origin and how he fits in MCU.

The History of The Moon Knight

The fact that the Moon Knight doesn’t even know himself makes it confusing to tell who he really is. But let’s start at the beginning. Before even his origin came to light, Moon Knight debuted as a villain in “Werewolf By Night” in the 70s. The Marvel horror comic portrayed him as an agent of a secret agency looking for Jack Russell. Instead of accomplishing his organization’s mission, Moon Knight helped Russell escape and embark on crime-fighting adventures.

Moon Knight also appeared in other comic books written by Doug Moench and artist Bill Sienkiewicz who created a Moon Knight series. In the incarnation, Marc Spector appears as a rabbi’s son who abandoned his hometown for adventure. Later, he becomes a mercenary hired by Raoul Bushman to protect a mine. Bushman plans to rob the precious minerals and betrays Spector attacking him and leaving him dead in the Egyptian desert.

Luckily, the ancient Egyptian moon god Khonshu offers Spector a second chance at life. Here, Khonshu is portrayed as the god of justice or vengeance who demands that Moon Knight commits to becoming the earthbound agent of his will. Moon Knight agrees and departs for the US, where he applies his acquired fortune to establish new identities, including taxi driver Jake Lockley and investor Steven Grant. Marc operates in different forms throughout the country, but the cracks in his personality and struggle with mental illness surface at some point.

During his time with the Avengers, Moon Knight loses his powers from Khonshu, the Egyptian god. This makes it hard for Marc to topple his rivals and his encounter with an Egyptian serpent god, Set, brings forth yet another end to his life. However, Khonshu intervenes again through Marc’s cycle of deaths and resurrections, with the different alters guiding Marc’s alternate lives.

What are Moon Knight’s powers?

Moon Knight has super strengths that depend on the phases of the moon. However, seeing him lose his powers and regaining them makes it unclear whether Khonshu empowers him or it’s merely a delusion from his mental illness.

Some of the special powers witnessed in Marc Spector include hypnotizing people through what he refers to as “Khoshu’s voice” and living in the spirit world.

Recently, the Moon Knight received an upgrade which provided the Phoenix Force common in the X-Men, where the mutants possess a cosmic entity of death and rebirth. The combination of Moon Night’s vast arsenal of weapons, millionaire status, and occasional superpowers provides a clear comparison with DC’s Batman.

The most recent incarnation portrays the Moon Knight as a street vigilante wearing a suit and using hi-tech weaponry. The recent appearance adds another detail to the entire story meaning that the March 30 debut could provide a doorway to another MCU supernatural corner. The main issue will rise from Moon Knight’s deities of ancient Egypt and his connection to Khonshu and also the possibility of another villain with ties to his own Egyptian Pantheon.

Moon Knight has recently been at loggerheads with Khonshu depriving him of his crucial supernatural roots. Now he’s started the Midnight Mission organization to help those needing his skills and guidance.

Marc Spector is expected to face off with powerful villains in the upcoming MCU streaming series. The recently released trailer revealed that some of the villains to expect include Arthur Harrow, Midnight Man, and the Bushman. Find details below.

The villain emerged from “The Infinity War” event in the 90s as Moon Knight’s doppelganger. The Moon Shade also attempted to absorb Franklin Richard’s life. The villain’s power to travel through the universe and absorb other people’s lives makes him exceptional and a possible enemy to face the Moon Knight in the upcoming series.

He is one of the most personal and powerful villains of Marc Spector. Shadow Knight’s real name is Randall Spector, Marc’s younger brother. This means that he has most of Moon Knight’s powers, including firing energy blasts from his eyes and enhanced strength and agility. This is similar to the rivalry between Venom and Spider-Man emanating from their close connection.

He is the first character that Moon Knight ever fought in Marvel. Now Jack Russell can turn into a werewolf, a state that provides him with superhuman strength, reflexes, agility, durability, stamina, and speed. The Werewolf is also hard to injure but remains vulnerable to Moon Knight’s silver objects that he used in their first encounter. Russell is coming to the MCU and is likely to battle with Marc.

Jeffery Wilde has cyborgs implants that provide him with various powers, including super-strength, extended arms, and rocket-powered feet. Moreover, his intimate knowledge of Marc makes him the main enemy, given that the Moon Knight himself trained him.

Bushman is the best martial artist in MCU and Moon Knight’s deadliest villain. The villain has no superpowers but is a skilled mercenary and soldier armed with an arsenal of weapons. Bushman hired Spector to fight in Sudan in his early life, but they turned foes and Marc eventually became the Moon Knight.

The genius scientist may not have any superpowers, but he remains a significant threat to Moon Knight. Harrow has the appropriate skills to generate or end all pain. The MCU portrays Harrow as a cult leader, meaning that he will lead an entirely contrasting backstory in the upcoming live-action.

Overall, Moon Knight could be one of the deepest and darkest MCU stories yet, as the studios call him, a “complex vigilante who suffers from dissociative identity disorder” with “multiple identities who live inside him.” His role in the universe will perhaps depend on time and, well, the phases of the moon.