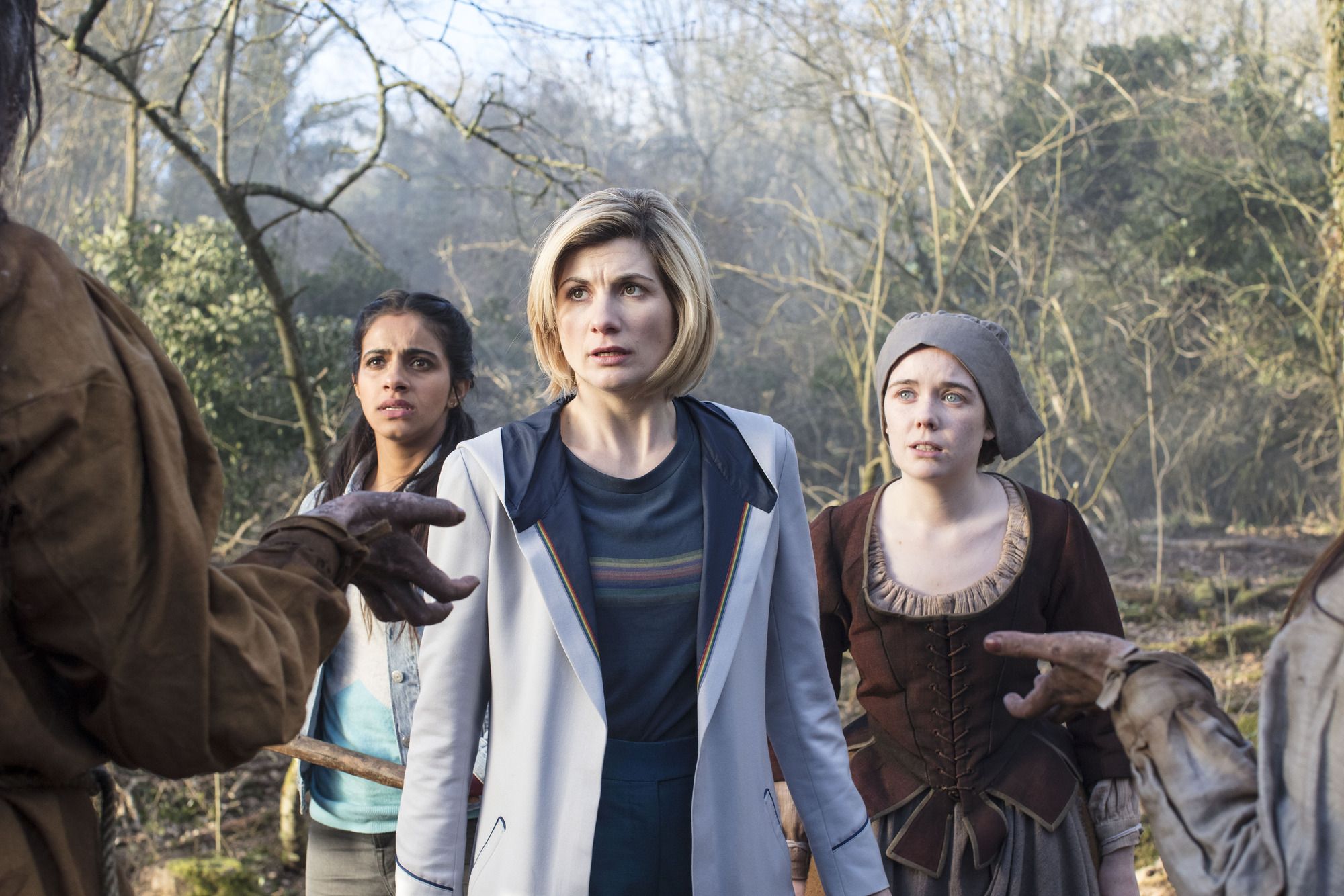 There’s an important lesson embedded in this week’s Doctor Who adventure, and it applies to just about all of us. It’s presented in such an over-the-top way that a lot of people will probably miss it. But if you go beyond the immediate story and look deeper, it’s there. And it’s one that we desperately need.

This week, Doctor Who continues the general theme that’s run through the entire season: even in a sci-fi world filled will a gazillion different alien species, humans truly are the worst. The Doctor and her team (gang? fam?) travel back to the early 17th century, where King James and his loyal subjects are ridding the countryside of the emissaries of Satan. In other words, they’re killing women accused of being witches. To be fair, these women do get a trial—they’re dunked, and, if they drown, they’re declared innocent. If they survive the dunking (which, of course, they don’t), they’re found guilty of witchcraft and killed anyway. What could be more fair than that?

Of course, these women aren’t witches. It’s just easier to blame “Satan” for anything bad that happens—blighted crops, illness, property loss—than to either accept a more logical reason or—even worse—to accept the fact that some things just can’t be explained very easily. Sometimes bad things happen, and we just don’t understand why.

But we humans don’t handle uncertainly very well. “I don’t know” isn’t usually an answer we can live with—especially when it comes to the really important questions in life. And we tend to be afraid of things we don’t understand. So we come up with stories to fill in the gaps, and then we don’t have to be afraid anymore. Those stories are then passed down to future generations and become part of our culture. And, as long as those stories don’t hurt anyone, there’s really no harm in them—especially if they make us better people.

But that’s not always the case. King James truly believes he is acting righteously by killing the witches (so does Mistress Savage, to a point—but she has some additional motivation that has little to do with God and more to do with a petty disagreement). And history is filled with similar atrocities that have been committed in the name of just about every religious deity you can think of. More people have been killed in the name of some sort of religious cause than for just about any other reason, and I think most of us would agree that that’s a terrible thing.

But that’s why the real lesson in this week’s episode is easy to miss. We can all agree that killing another person because it’s “the will of (insert the name of your favorite deity here)” is categorically wrong. But about the other, more subtle ways we tend to mistreat others because we think it’s what our religion calls for? Every day in America, religion is used to justify homophobia, misogyny, racism, and class warfare. It’s not always overt, but it’s real just the same. And many of the people doing it don’t even recognize it as such. Like King James, they truly believe they’re “doing God’s work.”

But what’s really driving the mistreatment of others isn’t religion per se. What’s really behind it is the reason we humans invented religion in the first place—good old-fashioned fear. Fear of what we can’t easily explain. Fear of what (and who) is different from us. Fear of losing what we think we deserve to someone who doesn’t deserve it, but who’s going to take it from us anyway. So we act out against what (and who) we fear—and we justify it in the name of the beings and stories we invent to explain all the scary stuff away.

So what does the Doctor tell King James as she’s awaiting her own “trial” for witchcraft? “I can show you everything if you stop being afraid of what you don’t understand.” In other words, if we’re willing to put aside (or at least question) the stories we’ve been told to explain the world around us, and if we’re then willing to examine our world with an open mind, we may discover that the things and people we’ve been afraid of aren’t really so scary after all. They’re just different. And “different” doesn’t always equal “bad.” Being different can actually be a good thing. And getting to know someone who doesn’t look/talk/think exactly like we do can be a really great experience.

The other thing to remember is that there are some things in this world we’ll just never fully comprehend. But that’s okay, too. And we don’t have to make up stories—or accept someone else’s—just to keep from having to deal with the unknown. Sometimes “I don’t know” is the best we can do. And there’s nothing wrong with that. And it’s nothing to be afraid of.