Home News What is the Hyperloop?
News

What is the Hyperloop? 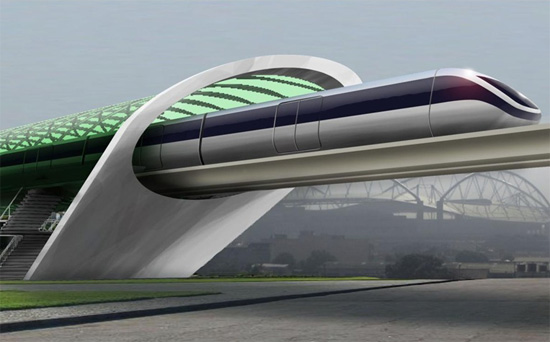 Inventor and Entrepreneur Elon Musk has a thing for introducing revolutionary technologies. Having launched spacecrafts into space, Musk has been aiming to reduce the cost of human spaceflight by a factor of 10. He even eventually plans to send humans to mars in the next 10-20 years. And then of course, he wants to revolutionize earthly travel as well–with Hyperloop. Now what is that, exactly?

What Is The Hyperloop?

Hyperloop is what Elon Musk is calling a new form of transport he plans to unveil to the world on August 12th this year. Musk is describes it as the ‘fifth’ mode of transportation – after boats, air crafts, trains and automobiles.

But how is it going to serve as an ‘alternative’?

The difference lies in travel time. The Hyerloop is expected to get you from San Francisco to Los Angeles in about 30 minutes. That translates to speeds of more than 600 mph. This makes it almost thrice as fast as the proposed California High-Speed Railway. Japan’s Maglev train, the fastest train in the world right now, manages just 360mph in comparison.

You’d expect a whole lot of other issues with this form of transportation before calling it feasible. Elon Musk disagrees. He’s got everything covered – the safety, the speed, the economics of it, you name it. The Hyperloop will not be affected by weather conditions, would be safer than any other form of transportation right now, and would even cost less.

“It can never crash, is immune to weather, it goes 3 or 4 times faster than the bullet train, it goes about an average speed of twice what an aircraft would do. It would cost you much less than an air ticket or car, much less than any other mode of transport, because the fundamental energy cost is so much lower. And that leaves right when you arrive, so there is no waiting for a specific departure time, I think we could actually make it self-powering if you put solar panels on it, you generate more power than you would consume in the system. There’s a way to store the power so it would run 24/7 without using batteries.” – Elon Musk.

In other words, Hyperloop seems to be the ideal transportation system for the future. Musk says the Hyperloop would not have any waiting for a departure time, which means it would be built for individual travel. Roughly, it sounds like traveling in capsules within a tube, which would likely be vacuum tubes to achieve high speeds and low costs. Musk, however, has conceded that the Hyperloop will not be based on vacuum. At the same time, it will not run on rails.

“The $60 billion bullet train they’re proposing in California would be the slowest bullet train in the world at the highest cost per mile. They’re going for records in all the wrong ways. The cost of the SF-LA Hyperloop would be in the $6 billion range.”

We will get the first initial glimpse of the Hyperloop on August 12th, which is when Musk will reveal the initial ‘alpha design’ of the system. In less than a month, we may witness the biggest revolution in the transportation.

Why The “X-Men: Days of The Future Past” Cast Puts All Others To Shame