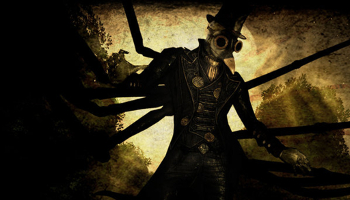 The damnable racket never really stops. As I wander alone through long-abandoned, detritus-filled corridors, that persistent and mind-numbing noise is my only companion, save for the meager light of my cell phone. I know all too well what portents it carries. Sometimes, the ticking stops, but never for long. It always comes back, eventually. It’s always there. 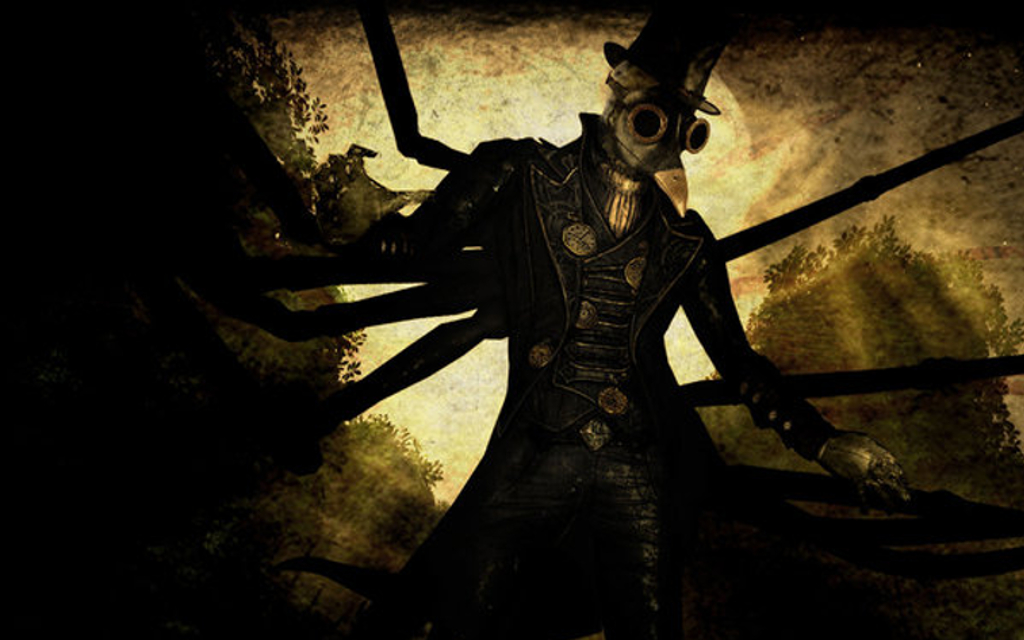 I saw him once. Spider-like; far too tall and slim to be anything even vaguely human. The Huntsman, he’s called. He chased me, but didn’t really make much of an effort to catch me. He’s toying with me; I know it. He’s amused by my futile efforts to save the souls he’s already taken. Eventually, I know he’ll come for me, but I don’t know when. It’s maddening. 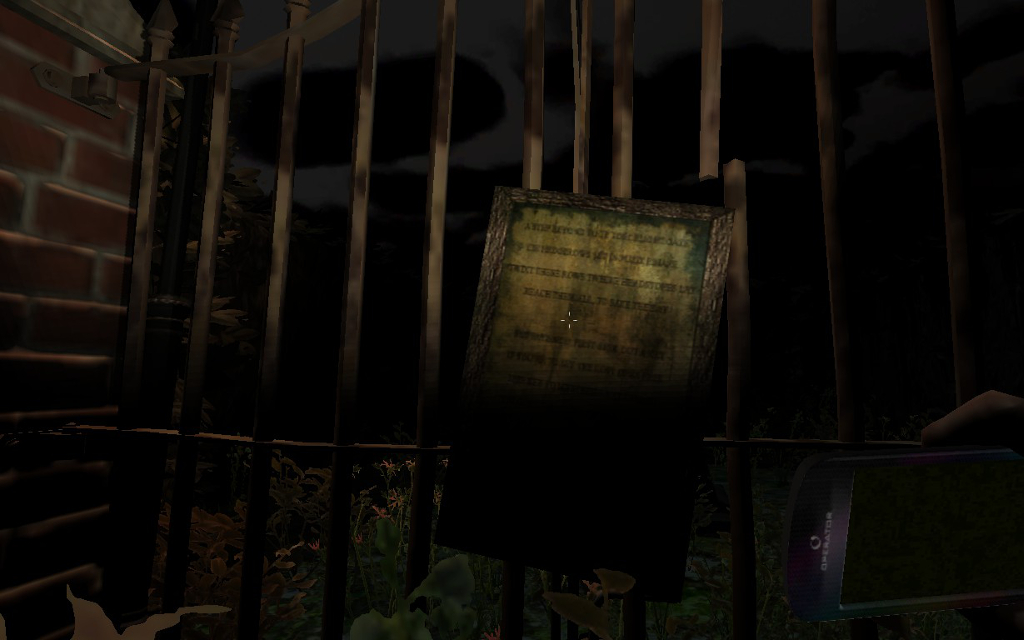 When I first saw Huntsman: The Orphanage pop up on Steam Greenlight; I found myself rather intrigued. Too often, it seems, horror games rely on blood and gore, on gruesome monsters and grotesque imagery.  Even ‘A Machine For Pigs’ did this to some extent, though it was filled with atmospheric horror and anxiety besides.

Shadowshifters – the family-run indie studio behind the title – planned to create an interactive horror experience that instilled fear without violence, without gore, and without killing. I’d say they rather thoroughly succeeded. The titular Huntsman is of a different breed than many horror monsters these days. It’s quiet, it’s subtle, and an actual sighting of it is remarkably rare. 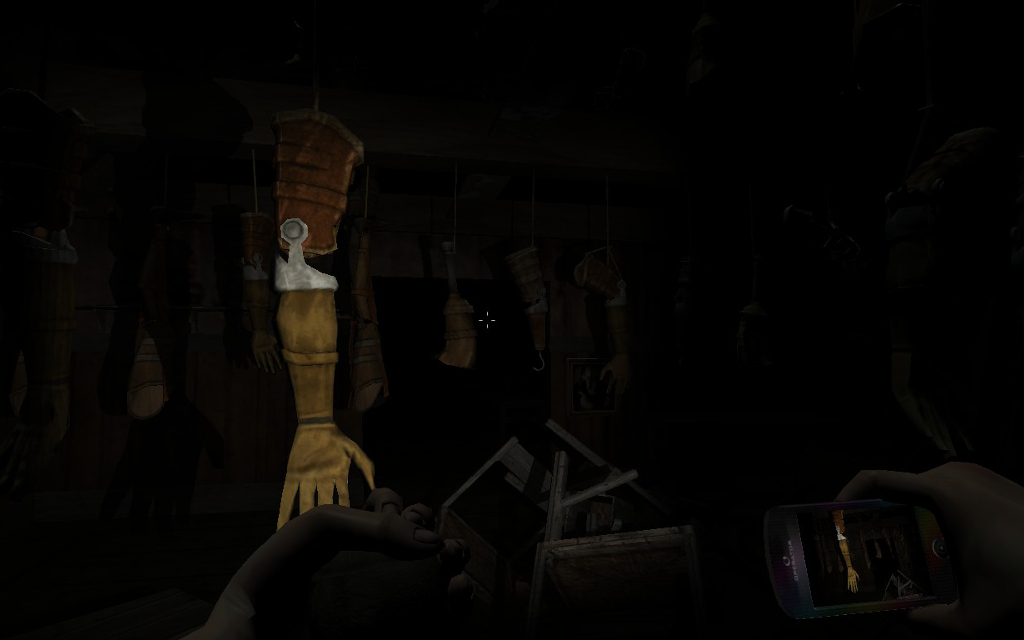 This means that when it does deign to show itself, the experience is all the more impactful.

The developers have listed Slender as an inspiration for how they designed their game. I can see it – I’d not be surprised to find that the Huntsman and Slenderman were distant cousins.  Both games play similarly, as well.

See, Huntsman: The Orphanage is less a game than it is an interactive story. Much like Gone Home or A Machine For Pigs, game-play is a relatively minimal component. Instead, it’s all about exploration, about unraveling the tangled web of tales surrounding the mythical Grimhaven Orphanage. 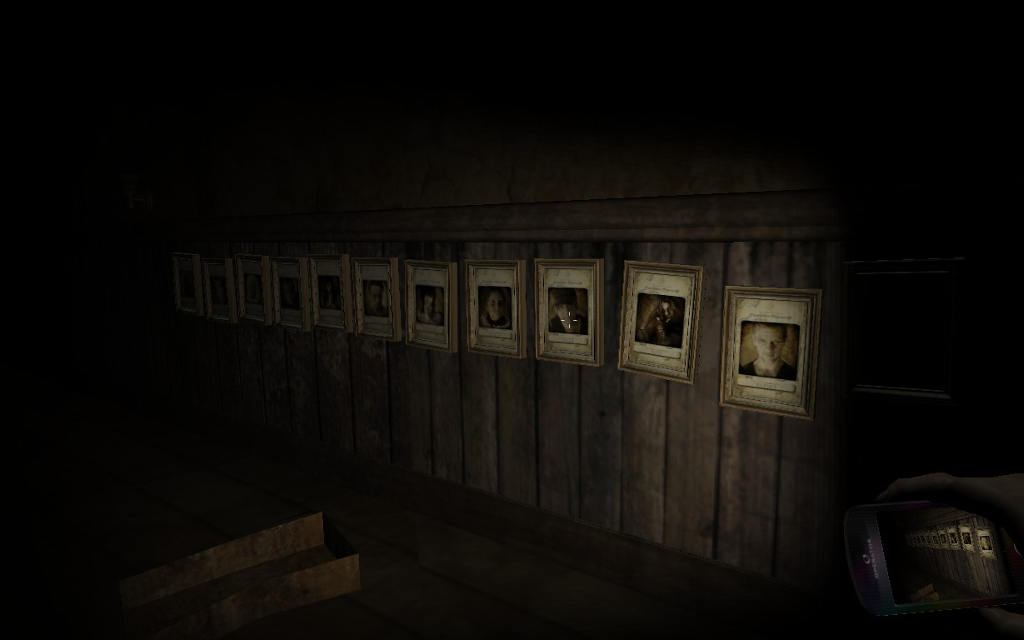 Without spoiling too much, the story’s a fairly engrossing one. Several centuries ago, tragedy was visited upon the now-abandoned Grimhaven. On the eve of June 17th, 1898, a dozen children vanished into the depths of the night, never to be seen again. They were taken by a being known only as The Huntsman, a terrible monster whose arrival is heralded by ticking timepieces. They still exist, in some sense; they can be freed if their favorite items are brought to their graves.

Of course, if you fail to pull that off, you’ll be joining them in short order.

The story of Huntsman is told almost entirely through voice-acted sequences. Scattered throughout the abandoned orphanage are portraits of the orphans as well as the orphanage’s various staff members. Focusing on these with your cell phone will cause the pictured character to start narrating their story, telling the player a little bit about their life in Grimhaven, their fate at the hands of the Huntsman, and the item that the player needs to find in order to free them from their otherworldly prison. Occasionally, live-action videos will invade the screen of your phone as well; the tormented souls of the orphans either taunting you or trying to communicate with you. 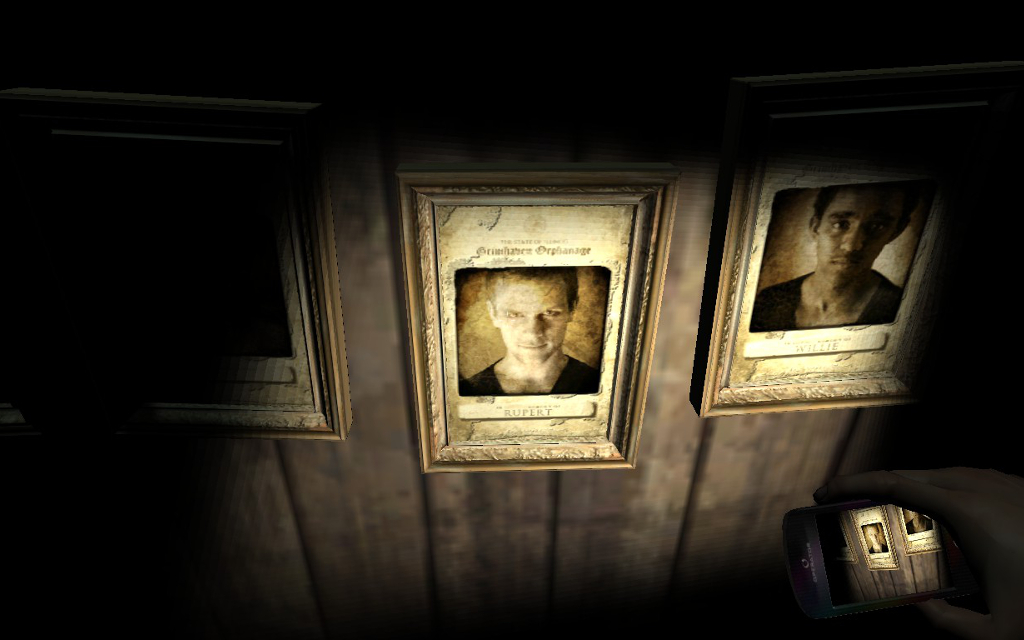 I actually found this to be one of the stumbling points of the game, though a minor one at worst. The voice acting was very much hit-or-miss. Some of them – like the tormented tale of Jasper Croad – were almost flawless in their execution, while others – Hattie’s in particular – were nearly painful to listen to. Still, the stories they told were all interesting, and each character had their own unique persona; their own contribution to the overall narrative.

As such, I didn’t so much mind sitting through the oft-lengthy monologues.

I also found the controls to be rather finicky. The portraits, in particular, seemed a little temperamental. In some cases, I had to reposition myself several times before the narration started, and even a brief twitch of the mouse would cause it to fade to silence. 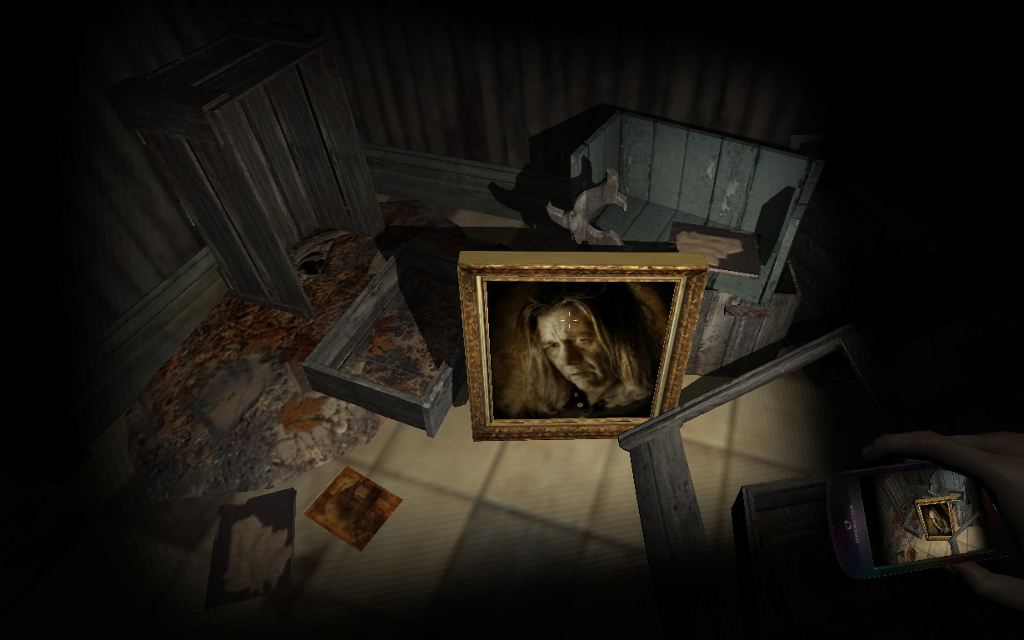 The game additionally handles obstacles in a very odd fashion. When you get close to a bed, piece of furniture, or ladder, your character will automatically start moving up or over it, regardless of which direction you’re facing. Though this was troublesome in some cases, in others it actually added a bit of unintentional terror to the game. The first time my character started clamoring over the bed, I nearly panicked, thinking The Huntsman had finally caught up to me. Again, I don’t know if this was a conscious design choice, but it definitely worked.

In closing, Huntsman: The Orphanage isn’t your typical horror game. There are no fevered chases, no terrifying monstrosities, no stacks of bodies and oceans of blood. That’s perfectly alright, though: it’s inarguably creepy in its own way, and it’s one game that’s definitely going to stay at me long after I’m finished playing. Pick it up on Steam for $14.99.

Now if you’ll excuse me, I think I’m going to make sure every clock in my home is digital.