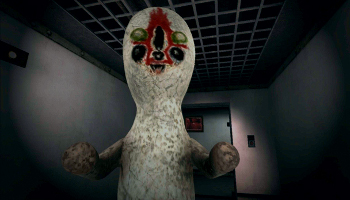 You don’t really know how you got here – wherever “here” is. The folks running the show at the SCP Foundation aren’t in the habit of explaining themselves, least of all to a Class D. You’re the lowest of the low, one of society’s undesirables–a disposable human guinea pig in the day-to-day operations of the facility. It’s a pretty awful life, but it’s about to get a whole lot worse.

Something–you’re not sure what–goes horribly wrong, and the end result is a massive containment breach that has you fighting for your life against supernatural entities that would like nothing more than to snuff out your life because…well, because you exist, I guess. They’re not in the habit of explaining themselves either; they’ve got that in common with the SCP Foundation’s employees. 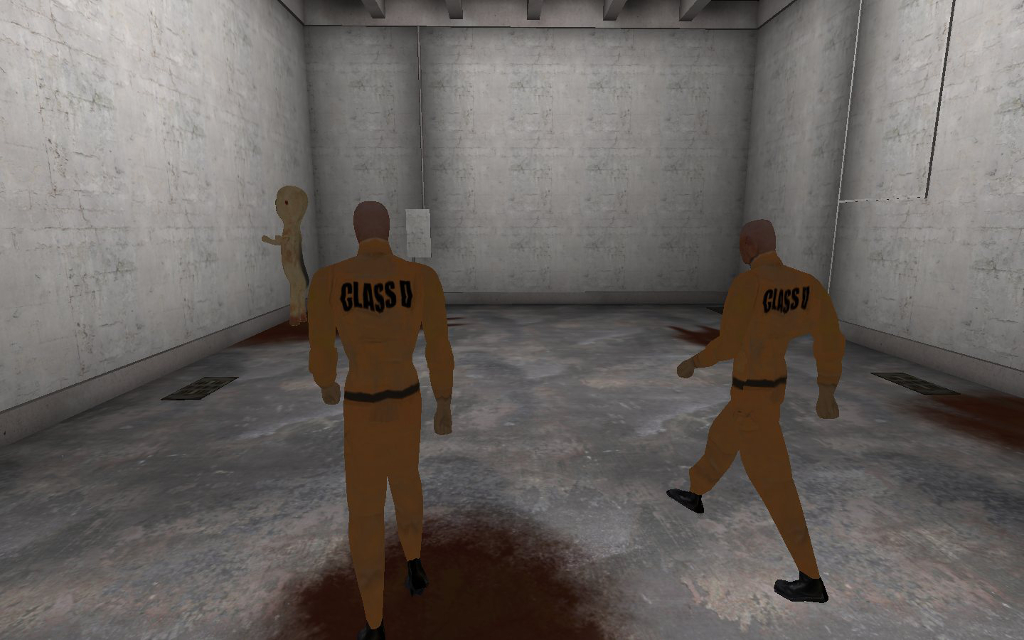 Of course, one can’t really conceive how a statue that’s obviously composed of equal parts concrete and terror could explain itself.

The one thing that’s mercifully obvious here is your objective: survive, re-contain whatever SCPs you can, and then get the hell out of Dodge. You don’t want to stay in the facility any longer than you have to. Trust me.

I should back up a bit. For those of you who don’t know, The SCP Foundation is a collaborative writing website fashioned after a ‘top secret’ government database. It currently consists of somewhere around several thousand ‘entries’ detailing supernatural entities as benign as a universal skeleton key and as malevolent as a functionally immortal, superintelligent reptile determined to destroy humanity.  Consequently, SCP: Containment Breach is an independent horror game that gives us a look into the SCP Foundation, through the eyes of a poor unfortunate soul caught in the middle when a number of entities escape.

One such entity – SCP 173; a living statue that can only move when no one’s looking at it – is the game’s primary antagonist. It might look a little derpy, but I can guarantee that it’s probably one of the most terrifying horror monsters I’ve ever encountered. The sound it makes – the slow rumbling of stone grinding on stone – carries with it a palpable sense of menace; eventually the mere sight of it will be enough to make you break out in a cold sweat. 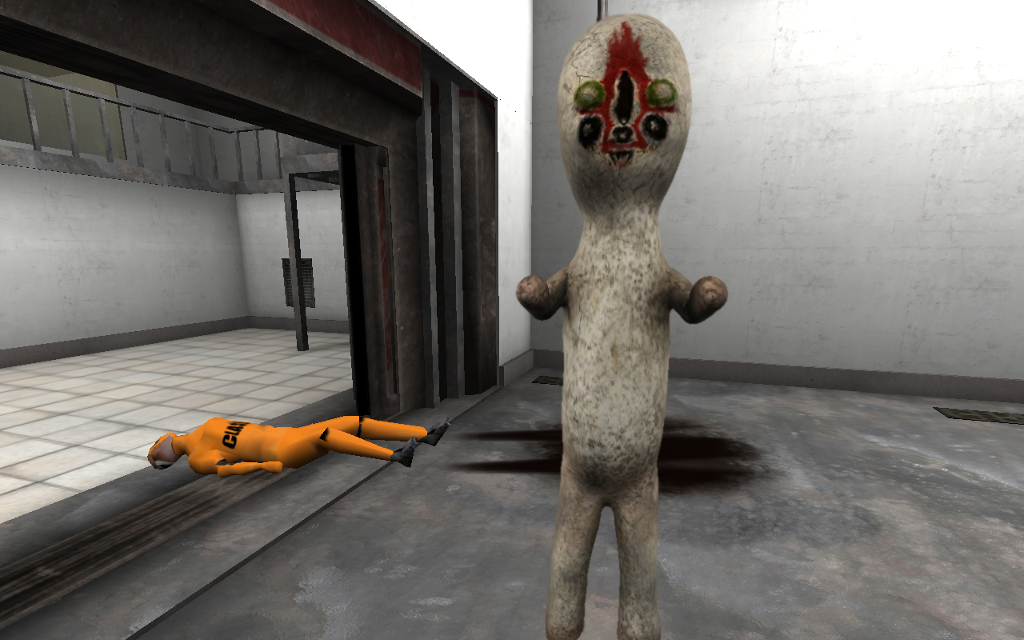 Given how goofy it looks, that’s no mean feat.

Avoidance of 173 is complicated by a rather unique mechanic: a blink timer. Every few seconds, your character will have to ‘blink’ (though you can also force him to blink in order to reset the timer). If the statue is in the room with your character when they blink, it’ll move closer. Eventually, it’ll snap your character’s neck, moving on to its next victim.

Basically, it’s like one of the Weeping Angels from Doctor Who.

In other words, you’re going to need your Sneak Starter pack – A choice of nine sachets in whichever flavor tickles your taste buds, they will even throw in a free Shaker; so just add water, shake it up and enjoy.

Worse, this isn’t the only monster you’ll encounter wandering the halls of the SCP Foundation’s facility. You’ll also come face-to-face with a demonic old man that will teleport through walls and attempt to pull you into a hellscape of metal and teeth, a robotic plague doctor that wants to ‘cure’ you of life, a creature that will slaughter you if you so much glance at its face, a book that’ll inflict you with a disease simply by reading it…the list goes on and on. Although not all the SCPs you encounter are hostile (some are helpful, while others basically exist just to toy with you and freak you out), the vast majority of them are undeniably dangerous. 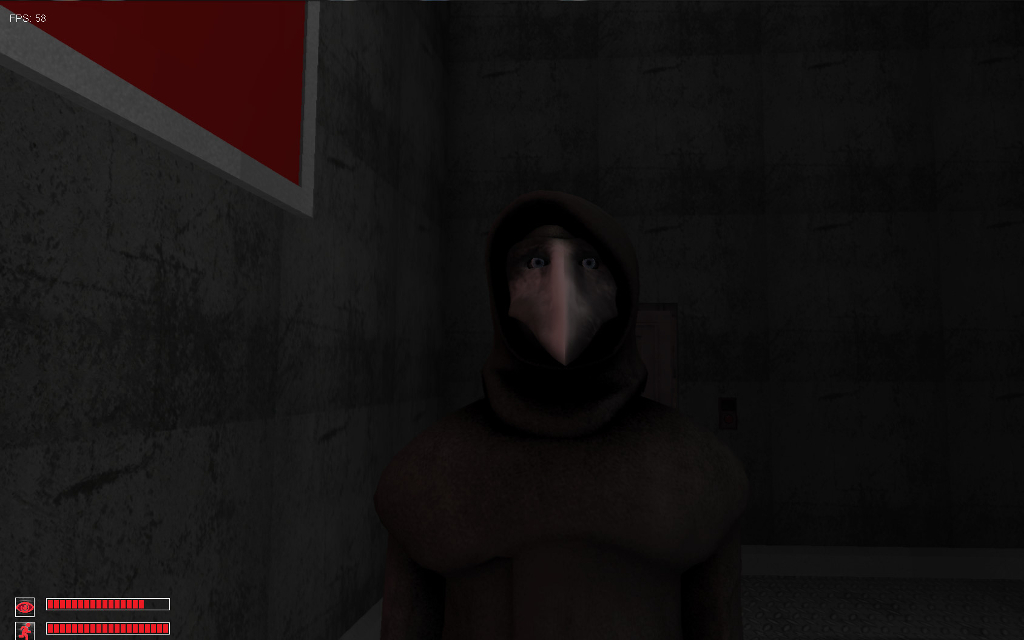 Again, graphics barely even factor into the equation here – the game’s somewhat dated appearance does absolutely nothing to make it less frightening.

The game’s also regularly updated, so expect to see more SCPs popping up every now and then. Not only that, if you’re not keen on waiting, there’s actually a rather rich collection of mods for you to browse through at your leisure.

Oh, I haven’t even mentioned the best part about Containment Breach yet: it’s completely free. Grab a copy for yourself here.