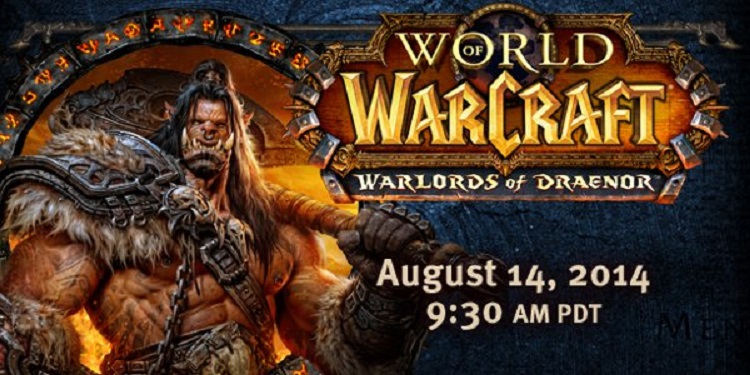 ALL TIMESTAMPS ARE IN EASTERN STANDARD TIME

12:31 – Intro voice and crowd screaming as stage is revealed. Chris Waters is brought on stage.

12:32 – Chris Waters offers welcoming statement and thanks to the crowd for attending.

12:35 – Morhaime talks about anniversary of WoW and mentions how WoD brings WoW back to its roots.

12:36 – Chris Waters back on stage. Setting up for interview in a few moments. Encourages both Alliance and Horde to cheer for respective factions.

12:38 – Addressing level 90 boost that comes with WoD order. Mentions being able to just jump right into WoD without having to level.

12:39 – Mentioning all of the updated character models that have taken place. Covers the streamlining of player bars to get rid of redundant abilities.

12:41 – Discussing Garrisons and how some of the original RTS game-play is being brought back.

12:45 – Crowd cheers at nostalgic remembrance of Alterac Valley going on for days with Epic Spawns.

12: 48 – Ashrand also offers currency that is available by looting other players that you kill.

12:55 – Speaking about cinematic and how near and dear the process is to Blizzard creator’s hearts.

12:56 – Introducing the animated World of Warcraft series – “Lords of War” First episode to play at event.

1:03 – Teaser plays for the rest of the ‘Lords of War’ animated series

1:08- Also includes Skyreach, and a hilarious shot of a dead Leeroy Jenkins

1:10 – Footage also details each of the new character models