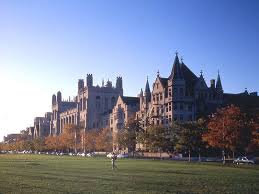 The American collegiate experience is defined by a long tradition of academics, athletics, and social life. Changing these traditions is often considered questionable by alumni and the public, but university libraries seem to be changing with the times. School libraries offer books, microfilm, multimedia, and…video games? Yes, you heard me right. Video games as a part of academia seems far-fetched, but colleges and universities around the nation have begun to acknowledge video games as a source of artistic and cultural value. As the U.S. gaming industry expands to almost 200 million players, demands for developers and graphic designers have warranted academic institutions exposing their student populace to video games.

Comments From University Libraries and Officials

Virginia Commonwealth University is one of many schools to add a gaming archive to their university library in 2014. The archive features a gaming room with Xbox, Xbox one, Playstation 2, 3, and 4. James Cabell Branch library’s arts collection librarian Emily Davis Winthrop has made it clear that the interest in video games is for learning purposes, “we are purchasing games for research, learning, and teaching- not necessarily for entertainment. We’re looking for games that have certain aesthetics, that are important to the history of video games, and that have significant artistic direction, unique narrative or cerebral gameplay”. VCU offers critically acclaimed titles such as Bioshock and The Last of Us. Students can rent games for free or play them in the libraries’ game room.

The University of Chicago was one of the first universities to add video games to its library repertoire in 2012. In addition to offering an extensive archive of games, the University of Chicago offers analytic coursework for gaming as well. Patrick Jagoda, an English professor at UC, began teaching a humanties-oriented course called “Critical Videogame Studies” in 2012. Jagoda believes video games are more than appropriate for use in the classroom, noting that they provide more than art to be studied. In addition to exploring video games as an art form, Jagoda speaks to their cultural value, “Cultural studies has also raised critical questions about the ways in which race, gender, class, and sexuality are represented”. Academic evaluation of video games provides students with an avenue to further understand societal influences on art and culture.

It’s Not Just for Art Schools

While Virginia Commonwealth University and University of Chicago are renowned art schools, other less expected universities have shown that video games can (and should) be offered by any university. The University of Oregon, University of Wisconsin, and University of Colorado are just a few big name universities to offer video games in libraries or in coursework. As gaming has become a large part of mainstream entertainment, it carries much of the value Patrick Jagoda specified. Just like any form of art, (television, literature, etc.) gaming certainly contains themes that reflect larger issues or ideals present in pop culture, politics, or public opinion. The humanities, as the traditional basis of university curriculum, have always examined sources within an analytic scope- why not do the same for video games? Colleges and universities across the nation have answered this question with the integration of gaming into libraries and coursework. Video games have often been stereotyped as the opposite of academic; many of you might remember your mom to stop playing games and start doing your homework. The solution? Make video games the homework. A few pioneering universities have effectively begun a trend of video games as part of the collegiate academic experience, showing that gaming has a place in higher education.

Tips for Surviving Your First Convention