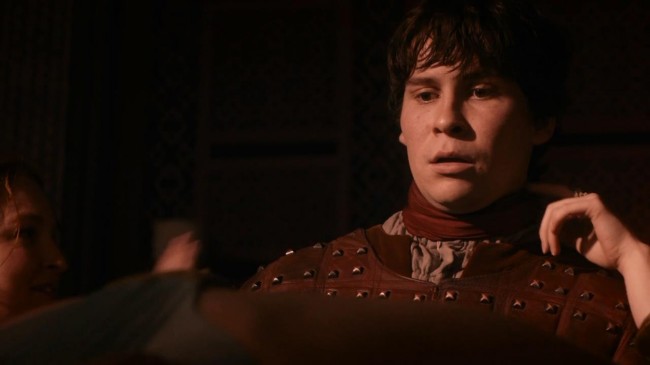 Game of Thrones is stuffed full of interesting, well-rounded characters but it seems that most viewers tend to focus on a few key players. Yes, Peter Dinklage will probably be nominated for another Emmy for his role as Tyrion Lannister. And yes, Dany’s dragons are indeed awesome. The folks at HBO know which characters are popular and will continue to emphasize them in marketing and advertising campaigns. But as we draw closer to the season finale, let’s take a moment as fans to reflect on the unsung heroes of the series and to highlight the accomplishments of the underdogs.

Podrick originally held a position as Tyrion Lannister’s squire. He leaves King’s Landing and accompanies Brienne of Tarth on a mission to find the Stark girls after his boss was accused of regicide. Brienne isn’t pleased to be travelling with Podrick at first. He can’t cook a rabbit without torching it and he looks profoundly uncomfortable on a horse. However, there is something endearing about his steadfast loyalty in a show full of backstabbers and liars. Pod might not have much fighting experience but he did save Tyrion from being killed by Ser Mandon Moore during the Battle of the Blackwater. Perhaps this was more luck than skill but Pod has demonstrated his devotion to those he serves time and time again. Brienne’s quest to find Sansa and Arya will be long and dangerous She might scoff at Podrick’s clumsiness now but I believe she’ll be glad that he’s at her side in future episodes.

Yara, or Asha as she’s called in George R. R. Martin’s original works, has been suffering from a lack of screen time in the past two seasons but there’s no questioning that this ironborn woman’s a valuable asset to House Greyjoy. She commands her own ship and recently led a rescue mission to save her brother when her father refused to lift a finger to help Theon. Though she was thwarted by Ramsay Snow and forced to retreat, these scenes emphasized Yara’s prowess in combat and her strong leadership abilities. Her motivational speech to her men made me want to lift a spear and to march on the Dreadfort. It’s always exciting to see strong women kicking ass on the battlefield so here’s hoping Yara reappears soon.

Forget Melisandre or Stannis. Davos is the glue that holds Team Dragonstone together. He led the assault on Blackwater Bay. He contacted the Iron Bank and convinced them to ally themselves with Stannis Baratheon instead of the Lannisters. Though he began his life as a poor, illiterate smuggler from Flea Bottom, Davos is now the chief advisor to a contender for the Iron Throne. He may not have Melisandre’s fires but he possesses the intelligence and foresight necessary to succeed as Hand of the King should Stannis reclaim the throne. He has remained loyal to a man who chopped his fingers off for smuggling onions because he truly believes in that man’s ability to rule. Even though Stannis once threw him in the dungeon for questioning Melisandre, Davos remains just as devoted to placing him on the throne. Now that’s dedication.

Sansa might seem like an odd choice for this list since she’s had plenty of screen time this season and is a member of the ever-popular House Stark. However, she is constantly dismissed as “weak” by fans and overshadowed by her sister, Arya. Sansa may not be a skilled warrior like Brienne or a ruler like Daenerys but this does not mean that she isn’t strong. Sansa managed to survive in the treacherous world of King’s Landing by playing the part of an innocent girl and making others believe that she was not a threat. She endured Joffrey’s abuse and a forced marriage to his uncle at the young age of fourteen. Now in the Eyrie, Sansa has a chance to learn how to scheme and plot from one of the masters of the game: Petyr Baelish. For now, Sansa will continue to curtsey and to chirp her polite responses but this pawn has the potential to become a major player in the future. Littlefinger better watch his back.