Underground Theme Park: Add This to Your Bucket List 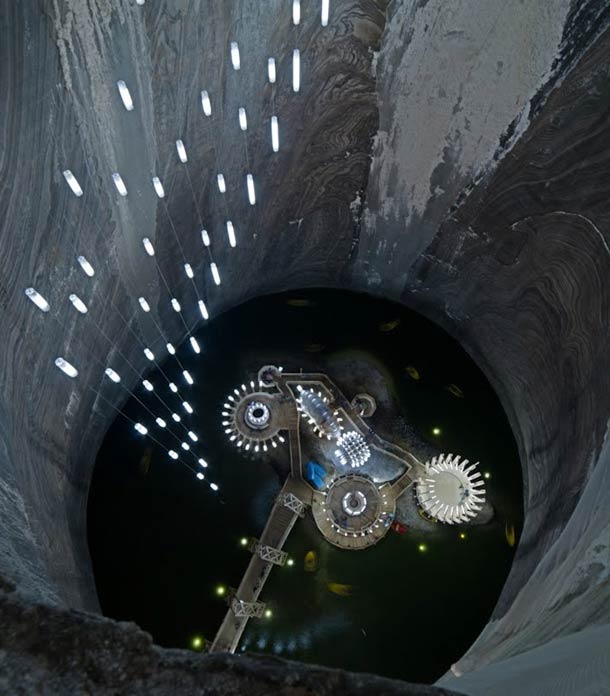 An ancient salt mine in Transylvania, Romania has been transformed into a full-fledged amusement park.

This 120-meter deep salt mine is home to a Ferris wheel, mini-golf, an amphitheater, a pool table,  a bowling alley, table tennis, and a football field. It even has an underground lake for boat tours. It is about 50 degrees Fahrenheit at the bottom of the tunnel, even in the summer. You can reach these attractions by elevator or, if you’re feeling adventurous, walk down 172 steps. From above, it looks like a massive Christmas light display, but when you’re up close and personal, it’s more like an industrial-looking fun house. 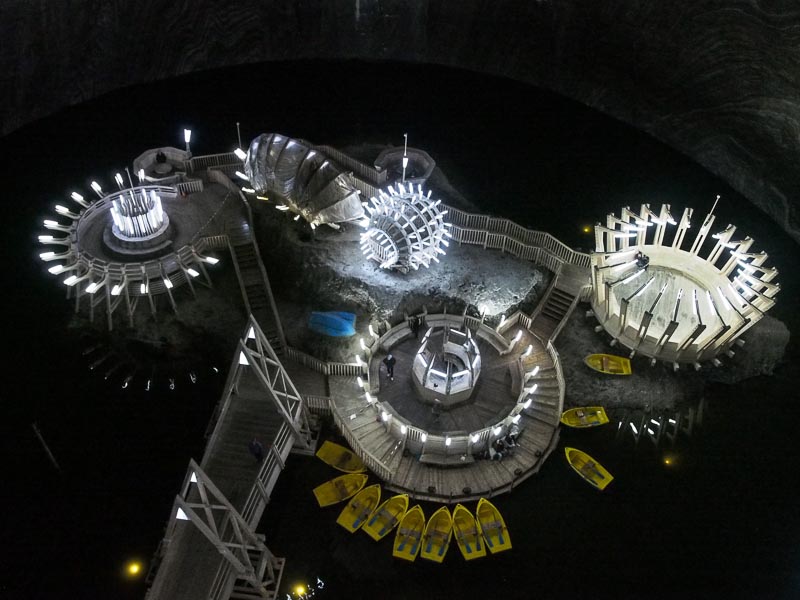 Underground Amusement in a Most Unlikely Place

The exact date the mine was built is unknown, but the first reference to the mine was written in 1217 by the Hungarian chancellery. Salt was mined from the Salina Turda reserve until the mid-1800s. It marked the beginning of the exploitation of iron ore, poly-metallic gold, silver and salt. In its hay day, Salina Turda served as a large source of wealth for the Romans.

The mine was closed in 1932 and forgotten until World War II when the citizens of Transylvania used it as an air raid shelter. It then became an official landmark in the 1950s and eventually an amusement park in 2008.

Eight sections divide the mine: Franz Josef Gallery, Echo Room, Crivac Room, Extraction Shaft Room, Appeal Room, Rudolf Mine, and Terezia Mine and Anton Mine. Each served a different purpose for the exploitation and extraction of salt in the 1800s. Now, the Terezia Mine, Anton Mine and Rudolf Mine each serve as a room for the many activities that Salina Turda offers.

The walls of the mine are pure black salt rock. The black, gray and amber layers were formed from the flooding and receding of the surrounding seas over time. The air at the bottom of the tunnel is positively ionized and the salt is almost completely pure–99 percent sodium chloride. Because of the high salt content of the mine’s walls and the air, the tunnel is hypoallergenic and free of bacteria. Historically, people believed that the tunnel and underground saltwater lakes could cure respiratory diseases, particularly for children.

Also in Transylvania is a salt spa. It was built in 1840 and believed to have had therapeutic effects on people. The mineralized salt baths were used to treat rheumatic diseases, peripheral circulation, and gynecological disorders.

Although a salt bath may not be at the top of your list for next summer’s vacation, the rides and sights are more than enough reason to hop a flight to Romania and see this fascinating creation. The history alone is enough to make me want to visit. Why not clear up the respiratory tract with a little salt air and enjoy the underground theme park while I’m at it?

Timeless Box: Give the Gift of Suspense this Christmas