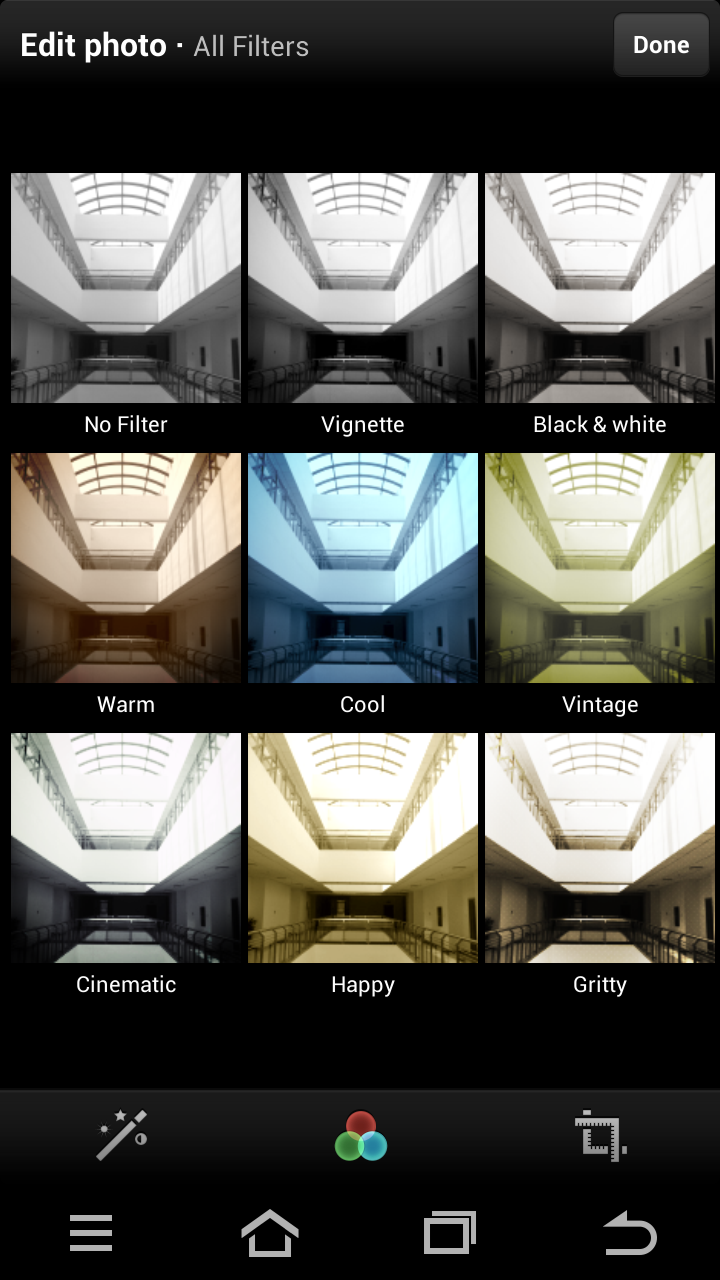 Twitter has officially updated its mobile apps bringing some cool new features to the Android. The new features include, editing your photos and eight new filters you will find very familiar. Twitter has also enhanced the photo support for its app, which will let users edit and crop their images with basic tools – very familiar indeed.

As you can see in the image, the new interface has three buttons that lets you see all of your photos in a grid. To change a filter, just swipe the screen and a new filter will pop-up right away. We all know, Twitter didn’t just add these new features for the sake of just adding them. Instead it is the Social giant’s reply to Instagram, for its recent ‘booting’.

The new filters were created by Aviary exclusively for Twitter. Instagram is also planning to roll-out a big update for its Android app pretty soon. Looks like both sides are getting ready for a big battle.

Who do you think would triumph in the battle of images? Instagram or Twitter? Let us know by commenting below.