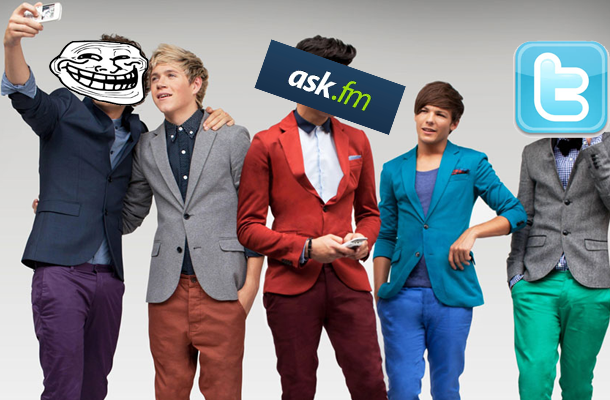 You might have noticed the last few weeks on the Internet have been, for want of a better word, tragic. At the beginning of last month, Twitter made headlines after Caroline Criado-Perez, who had fronted a successful campaign to put Jane Austin on the £10 note, was barraged by tweets threatening rape, murder and more. In Britain, this sparked a national debate, peaking (but far from concluding) in a day-long boycott of the social networking site a few weeks ago.

The Internet Is Sometimes Awful

Unfortunately, because being reprehensible is not merely confined to Twitter, more awful news followed. Ask.fm are next to be under fire following the death of teenager Hannah Smith, who took her own life after being encouraged to by other users on the site. Another boy, Daniel Perry, also committed suicide a few days ago, having being blackmailed online by a person he had been chatting to, under the impression that they were a similarly-aged girl.

After all of this tragedy, we find ourselves in uncharted territory; “trolls” (a water-thin term in my opinion) are starting to feel the pinch of real-world consequences of public “naming-and-shaming”, and sometimes imprisonment in the UK. The media frames these people as “loners” and bandies the term “autistic” around; but some who harassed Criado-Perez are educated professionals, with families.

The Internet seems to make people act in very strange ways. It creates a “space” outside of the norm; making them comfortable enough to tell people to kill themselves, without ever considering that there are other real human beings in front of every screen. Can we hold them to account? Should ask.fm and others be doing more to regulate such interactions? It’s unprecedented ground, legally, and we need to tread carefully.

What we certainly didn’t need was a group of people cheapening the issues at hand. But, that’s what we’ve got: in a completely bizarre twist on similar stories this week, fans of the big-haired boy-band One Direction joined the fray. The British broadcasters Channel 4 aired a documentary on two weeks ago called “Crazy About One Direction”, which examined some of the extreme measures acolytes of the band go to in order to worship at the altar of vapid pop music.

Because the demographic of the “1D fandom” (teenagers with nothing better to do) seemingly rules social media, Twitter reacted in a fit of rage and incomprehensibly long hashtags, culminating in a rumour that 42 fans took their own lives. Because of a documentary. A documentary that claimed they were over-zealous. The irony is palpable, and currently we can all bask in it because these rumours are completely unfounded – wouldn’t a spate of suicides have been reported on by, well, any news source?

Without a shred of evidence, in creating this rumour, the fans bely a lack of understanding of the gravity of suicide. To throw the term around, as these teens are doing, undermines the real tragedy of other families who have suffered this week, and only serves to perpetuate the discourse of hyperbole and ignorance that frames much current Internet debate.

If you, or someone you know, is struggling with depression please talk to a professional.