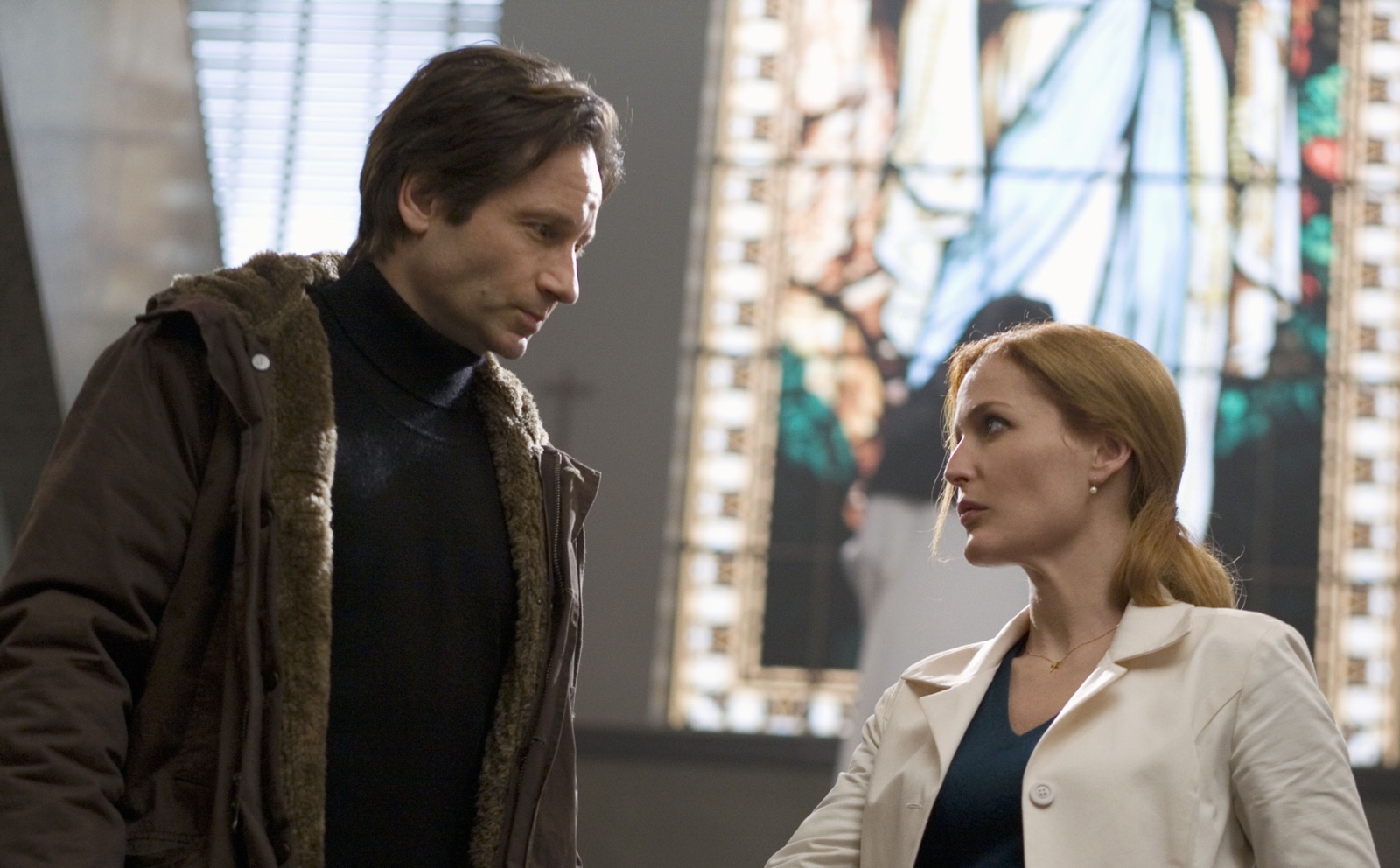 Primetime hit “The X-Files” ended its nine-season reign as the quintessential sci-fi program over a decade ago. Since then, we’ve heard little from (former) Special Agents Fox Mulder and Dana Scully, save for a Playstation 2 video game and a modestly budgeted (and modestly earning) theatrical release by the name of The X-Files: I Want To Believe. But, even with the somewhat icy reception of that I Want To Believe received, talk of a third “X-Files” film immediately hit the internet. The rumor’s source? None other than the franchise’s own cast and crew.

Series creator Chris Carter and series stars David Duchovny (who plays Mulder) and Gillian Anderson (Scully) have all stated time and again that they would love to work together again on a third third. And they aren’t the only ones; Duchovny has confirmed that “all principals are on board” for this hypothetical film. As for the film itself? It’s reported (by Duchovny, no less) that Carter is hard at work on the script, which Carter states “will go back to the mythology” that made the show such a hit.

Given the franchise’s huge success in the 1990s, which led to the first “X-Files” film, Fight the Future (a tie-in between Season 5 and 6 of the show), a series of novels, a series of comic books, two video games, and even a spin-off show starring Mulder’s go-to tech guys-slash-fellow conspiracy theorists the Lone Gunmen, a third film seems more than feasible.

The box office performance of I Want To Believe—the first major entry in the franchise since the series finale—plays to the beat of a different, less optimistic drum. Some fans blame its less remarkable performance to the franchise’s famous style of suspense, mystery, and horror, which feels outdated compared to the in-your-face axe-swinging and blood-slashing of today’s media. However, many more attribute it to the film’s disregard of the show’s main story arc—which revolved around a treaty that the U.S. Government formed with aliens that would allow the latter to abduct and experiment on humans at will—in favor of an episodic trek about a human chop-shop and organ black market.

Adding to the film’s lack of a proper “X-Files” vibe is its absence of many character left alive at the end of the show, including Special Agents John Doggett (Robert Patrick) and Monica Reyes (Annabeth Gish). In fact, the only returning character besides Mulder and Scully is their former boss, FBI assistant director Walter Skinner, and even then he only cameos in one brief scene.

As noted above, Carter has stated that if a third “X-Files” film were to come into fruitation, it would feature a story line about the foretold Mayan doomsday on December 21, 2012—the date that the aliens were to colonize Earth in the show. Since the passing of this date, Carter has stated, “The colonization date has passed and that is something we wouldn’t ignore.” However, there’s no word yet on how the passing of December 21, 2012 would factor into the story.

In the meantime, Duchovny urges fans who want a third “X-Files” film to voice their opinions to the franchise’s puppet master, 20th Century Fox.

“Start your writing campaign now,” he has stated. “The ball is in Fox’s hands. And not Fox Mulder.”