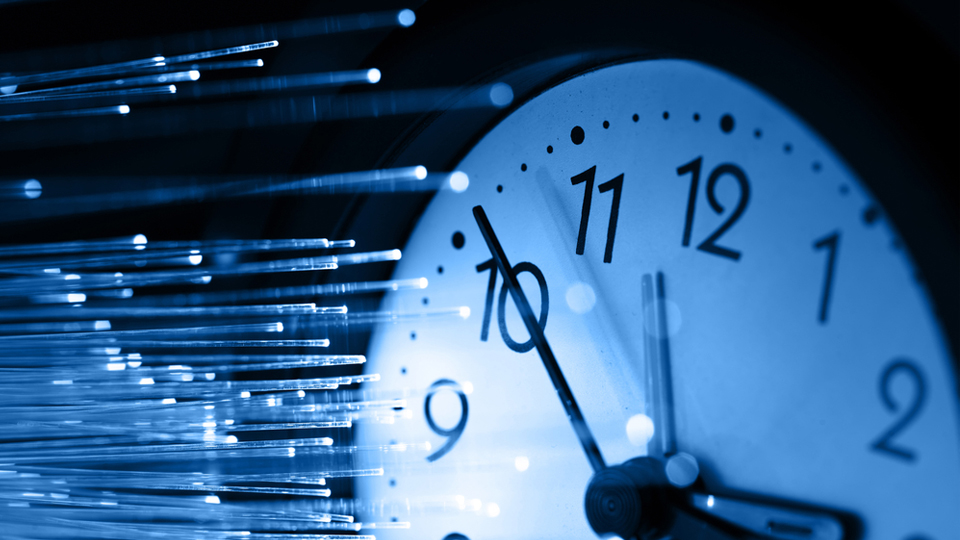 While my friends decided to book a party bus for a Clearwater trip and I know it’s going to be a BLAST, I couldn’t help having an internal mental debate on what would be the ultimate vacation. I’m definitely a fan of fun in the sun so it’s no wonder that at first my thoughts went to places like Aruba and Costa Rica, but then it hit me. The perfect vacation would HAVE to involve… time travel.

Of course there are some obvious concerns about criminals time traveling to escape the law, mad scientists going back to see the big bang and disturbing a mote of dust thus accidentally preventing the inception of the universe, terrorists having all of time to choose from when planning their next attack, or a bumbling tourist stepping on a butterfly and drastically changing history as we know it. Despite these very dire possibilities, there are some exciting implications now that we’ve finally cracked the space-time continuum. Chief among these perks are the endless options travelers will now have when planning their next vacation. While there are many things to consider, such as the tourist becoming the latest casualty in a war that ended centuries ago or accidentally preventing their own birth, the mind-blowing destinations make the potentially world-destroying risks all worth it (humans are shallow like that). So shoot up and stock up all the obscure vaccines and medications to be found and choose your next vacation from the Time Travel Agency’s list of top time travel vacation destinations.

The Hanging Gardens of Babylon (or Nineveh, or wherever the heck they are) 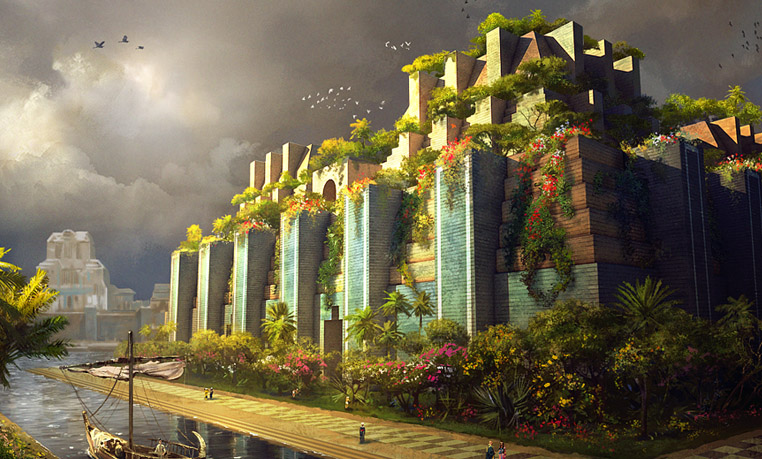 Don’t miss out on your chance to see the most mysterious of the Seven Wonders of the Ancient World. The list of wonders was originally composed as a travel guide of must-see places for ancient Greeks, and now serves just as well for time travelers. Experience the most luscious gardens the world has ever known, filled with endless varieties of plants and trees and built to resemble the mountain country of Persia. There are tiers, terraces, an evergreen meadow, and walls twenty-two feet thick. For years there was debate as to whether or not they actually existed, but now you can check for yourself. If you manage to find them, please let the agency know. 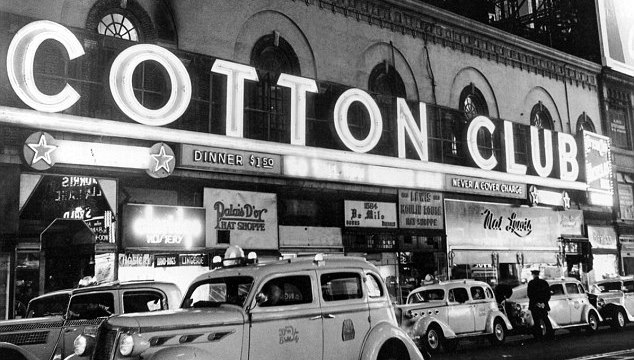 Change is in the year during this decade of revelry and excess. Experience the wild parties, cozy jazz clubs, and authentic moonshine for yourself. Think The Great Gatsby, hopefully with less misery and murder. The illegality makes the alcohol that much sweeter, and the fashion trends are some of the best in history. The atmosphere of hope and success that pervade the air are the perfect pick-me up after a rough year at work. Just don’t tell the bright-eyed revelers that soon they’ll all be dirt poor, homeless, or dead from suicide.

The travel risks include police raids, drinking yourself to death (moonshine is potent stuff), and developing an attitude of self-entitled boredom. The agency recommends reading The Great Gatsby to familiarize yourself with the dangers. This decade is not the best option for family vacations.

Tenochtitlan in the Aztec Empire during the early 1500s

Ever wonder what a civilization untouched by western influence would be like? Then the grand city of Tenochtitlan is just the place to visit. A marvel of engineering, it sits in the middle of a salt lake. Travel is done by canoes, and canals of varying sizes crisscross the city in liou of roads. Giant bridges span the canals, providing easy paths to walk on while touring the incredible sights. Shop at the bustling markets, get beautified at one of many hair salons, and window shop for the beautiful jewelry manufactured locally. Be sure to also visit the palace and temple to admire the astonishing craftsmanship.

Risks include having your still-beating heart cut out in a sacrificial ritual or inadvertently introducing a foreign disease that decimates the population before the Spaniards get a chance to do it. 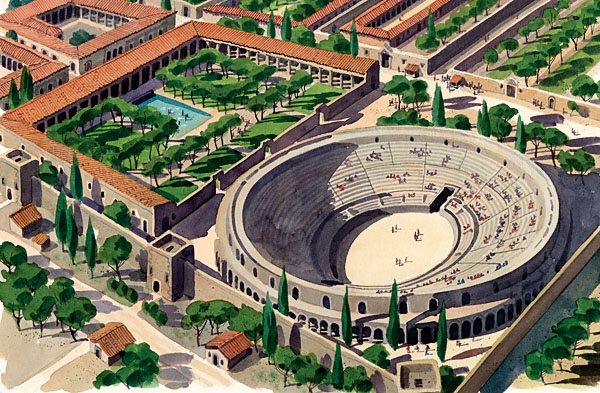 If you visit before 79 AD, then the bustling city is a premiere holiday spot for Romans, who build their vacation villas by the sunny seaside. You can enjoy many modern amenities like a bar, restaurants, a gymnasium, two theaters, a state of the art amphitheater, and public baths and fountains. Relax, rent a villa, and spend time with your family in this picturesque Roman town.

The agency wants to remind all travelers that they must leave Pompeii before August 24, AD 79 or be buried alive by molten lava. Enjoy your stay.

Versailles, before the French Revolution 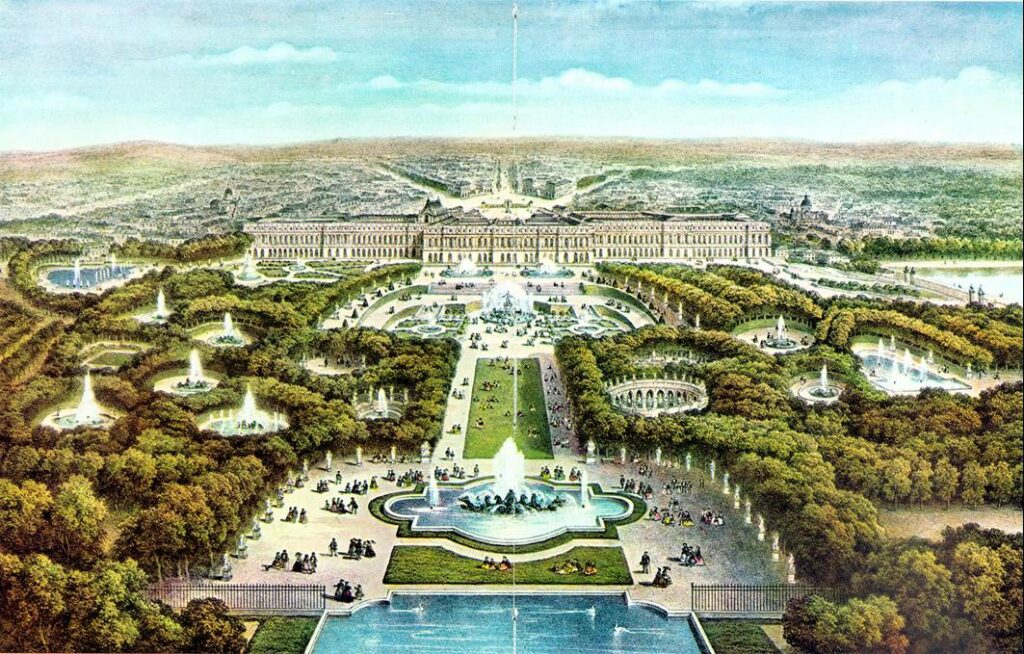 Come for the majestic palace, don’t stay for the beheadings. The court at Versailles is known for its luxury, excess, pomp, and ceremony, making it the perfect place to spend an enchanting weekend with your significant other. Give in to the romance as you tour the sprawling gardens and manicured lawns, and feast on only the best while you try to forget about the starving peasants in town. Marie Antoinette never said, “Let them eat cake,” but it’s not too late for you to coin the phrase, zip out of there, and leave the Queen to face the consequences.

The agency warns you to avoid associating with rowdy, diseased peasants, not to use the makeup (it’s poisonous), and to leave before 1789.

The Great Exhibition of 1851 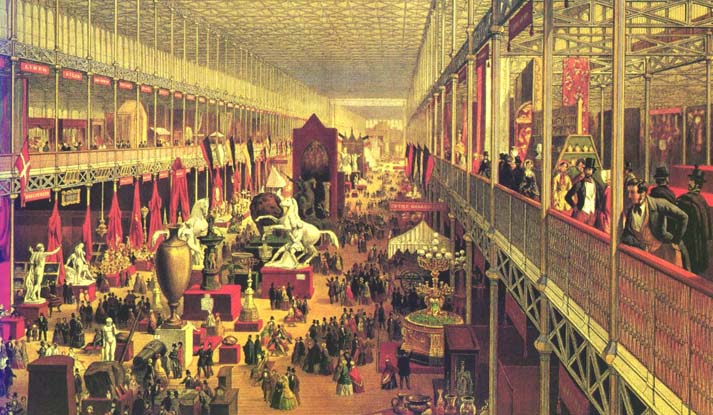 See the future through the eyes of the hopeful and ambitious Victorians as they show off the products of the booming Industrial Revolution. The impressive London venue, The Crystal Palace, is filled to the brim with inventors demonstrating anything from revolvers to early fax machines. Diamonds, photographs, and historic artifacts are on display, and the yacht race is a must see. Meet legends like Charles Darwin, Samuel Colt, Charles Dickens, Lewis Carroll, George Eliot, Charlotte Brontë, Mathew Brady, and Alfred  Tennyson.

Admission prices vary from £4.64 to £292.03 (in today’s currency). Risks include women being treated like second class citizens and men becoming chauvinistic pigs. The agency recommends avoiding the slums of London for fear of catching a deadly disease from one of the many starving orphans.