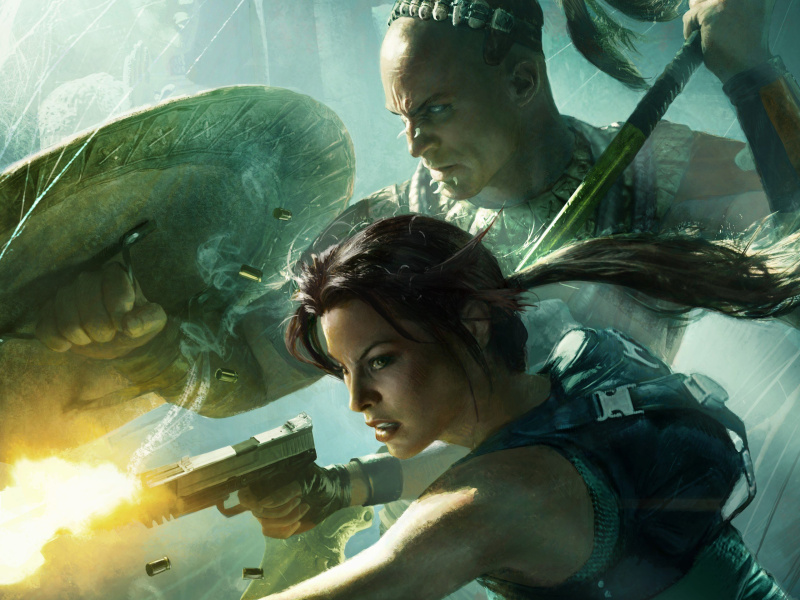 In her eighteen years of existence, Tomb Raider star Lara Croft has ventured to many interesting places and met many equally interesting people. With 2013’s TOMB RAIDER carving a bold, gritty new path for Ms. Croft free of previous storyline constraints, it seems only fair that this new path include at least a few of her former (and sometimes unsavory) acquaintances. Below is a list of five ex-Raider stars who are most suited to join their old friend (or foe) in the series’s current continuity:

Fans may remember this kindly priest not for his wit and wisdom but for the eerie atmosphere of the haunted Irish island to which a young Ms. Croft followed him in Tomb Raider: Chronicles. If it weren’t for his vast knowledge of the supernatural and cool demeanor in the face of danger, Lara may not have survived the island’s demonic dangers. The dark vibe of Tomb Raider‘s current continuity, Lara’s loss of her mentor and father figure Conway Roth, and her search for a new direction in life leave plenty of room for Father Patrick’s quiet strength and patience to fill.

Lady Croft’s faithful butler Winston appeared only in the “Home” training levels of Tomb Raider II and III prior to mourning his employer’s apparent death in the cinematic sequences of Tomb Raider: Chronicles. Though none of the games in which he was present touched much on his character or relationship with Lara, the few times he was present seemed to suggest that they’d known each other for years and that she trusted him with the many secrets of the Croft family and its estate. Such a character could provide the current continuity’s Lara with a bittersweet (and perhaps even painful) reminder of her pre-Yamatai life—as well as a measure of how much she’s changed since then.

Kurtis has the high honor of being the first non-Lara playable character in the series. This last member of the ancient organization Lux Veritatis, who packed telekinesis in addition to fire power, was first introduced in Tomb Raider: the Angel of Darkness, which took the series in a gritty—and, sadly, unwelcome—direction. Now that fans seem as bit more open to grittiness in their Raider, a young Kurtis could fit quite nicely with young Lara in the atmosphere in which he was originally conceived.

Once Lara’s close friend, Amanda sought blind, ruthless revenge against her at every opportunity for the adventurer leaving her for dead in the collapsing caverns of Peru in their youth. (She was never able to accept the fact that Lara only left after she witnessed Amanda disappear beneath the waters of the flooding caverns following a cave-in, which lead Lara to believe that her friend had perished.) Amanda’s unceasing hatred followed Lara throughout the series’s second continuity to the final scene of Tomb Raider: Underworld, when Lara—tired of bearing such intense anger in her own heart—called for a truce between the two. Amanda hotly refused. A character—and a survivor, no less—of such steely will and dark morality who shares a past with Lady Croft could prove an interesting addition to the current continuity’s cast—especially as a foil to Samantha, a friend for whom Lara risked life and limb to save.

Lara’s original mentor lacked the moral consciousness of Roth and was not above theft and murder to ensure acquisition of the valuable artifacts that he sought. Still, his intelligence, ambition, and smart mouth show in his former pupil—all of which often had them at odds with each other and, in turn, gave them one of the most interesting (and complicated) relationships in Tomb Raider history. Lara’s current lack of a mentor and struggle to accept the decisions that she made on Yamatai could make for an interesting tangle with her experienced and amoral mentor of yesteryear.

NJOY: All The Satisfaction Of Smoking With None Of The Tobacco