The Top 5 Free to Play Games on Steam 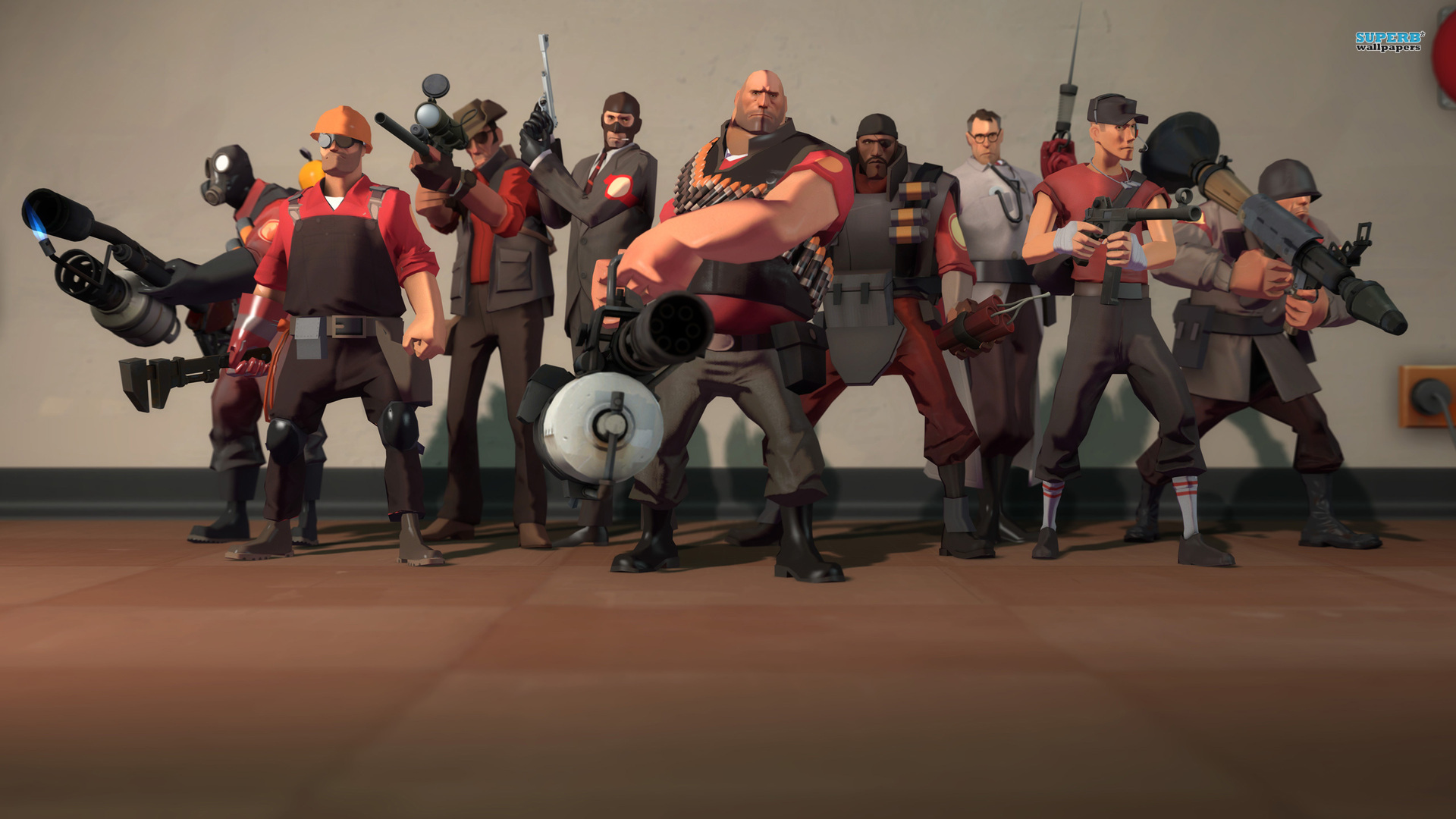 It’s the hardest of times as a gamer when your current library of titles just isn’t doing it for you and you don’t have the money to go out and buy the hottest new titles. As long as you’ve got the space on your hard drive, Steam has some of the best games for free through the Steam Store. None of these games are demo’s or require a hidden subscription fee to play, though some have micro-transaction’s available to players who wish to spend real money. Not only are these games free-to-play, but they’re a few of the most highly rated and played games. The titles include one of the most popular MOBA’s, MMOFPS, and even a 3rd person shooter set in a sci-fi world. These games have enough replay value that you’ll be busy with these great titles until all the E3 game’s we’ve been pining for become available. 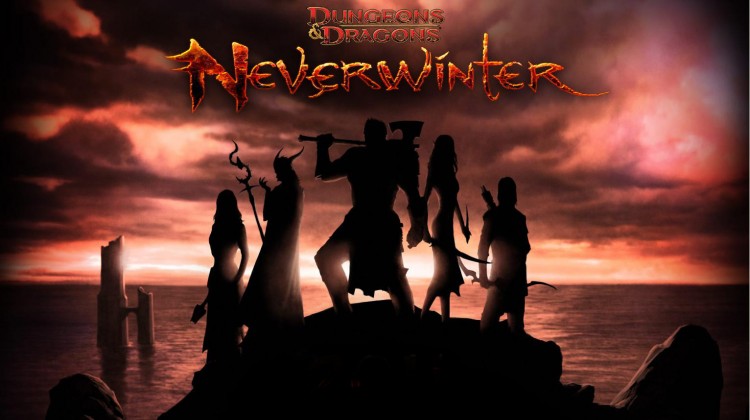 Cryptic Studios brings us a Dungeons and Dragons massively multiplayer online role-playing game (MMORPG) released in June of 2013. Taking place in the fictional city of “Neverwinter.” Neverwinter is a standalone game not pertaining to any of the Neverwinter Nights series. Player’s choose one of the 6 Dungeons and Dragons character classes, Devoted Cleric, Great Weapon Fighter, Guardian Fighter, Hunter Ranger, Trickster Rogue, and Control Wizard. Players will then choose one of the 11 different races, Human, Drow, Dwarf, Half-Elf, Half-Orc, Halfling, Menzoberranzan Renegade, Moon Elf, Sun Elf, Tiefling, and Wood Elf, that offer their own benefits and disadvantages depending on which class you decided to roll and how you wish to build your character.

Though it may appear to be attempting to rival World of Warcraft, Cryptic Studios chief operating officer Jack Emmert reassures that Neverwinter doesn’t have zones with hundreds of people fighting to grind on the same spawns. There’s a strong storyline and narrative arc that allow more for a story-based game for players to participate in. Neverwinter offers large scale quests and intense pvp action along with player created missions. 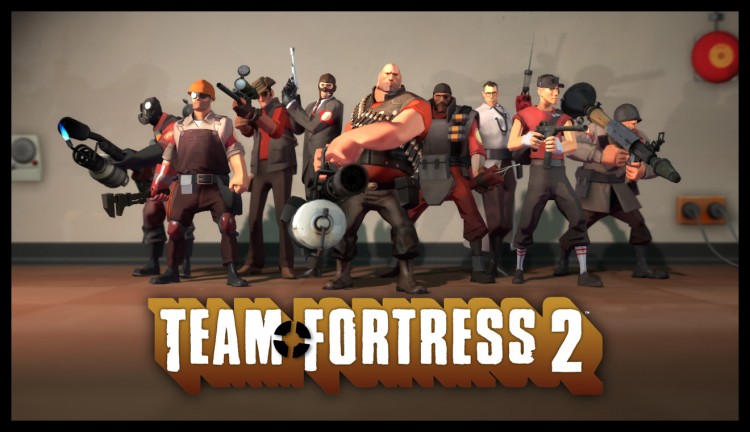 Unless you’ve been under a rock for the past 7 years, you’ve heard of Team Fortress 2. Announced in 1998 by Valve, this First Person Shooter with cartoon style visuals still averages nearly 70,000 daily concurrent players. TF2 has only been free-to-play since June 23, 2011, with the primary source of revenue generating from microtransactions in the form of unique equipment, character outfitting, and other cosmetic items. With an initial rating of 92% from both Metacritic and GameRankings, TF2 light-hearted gameplay and comical classes remain widely popular. The gameplay is that of any FPS with game modes like Capture the Flag, Domination styles, King of the Hill, Arena (Team Deathmatch), and even Medieval mode (melee weapons only).

There are only 2 factions in TF2: Reliable Excavation and Demolition vs. Builders League United, or as it’s more commonly know RED vs. BLU. There are 9 character classes to choose from: Scout, Medic, Pyro, Heavy, Demoman, Soldier, Sniper, Spy, and Engineer. Valve released a series of videos about each of the classes to display their play style and tactics. Created using the Source Filmmaker, “Meet the Team” offers a hilarious view into the classes that players can utilize. Since you’re new to the game, we recommend doing the training mode that is available in order to get a handle on the game before you venture off into online matchmaking. 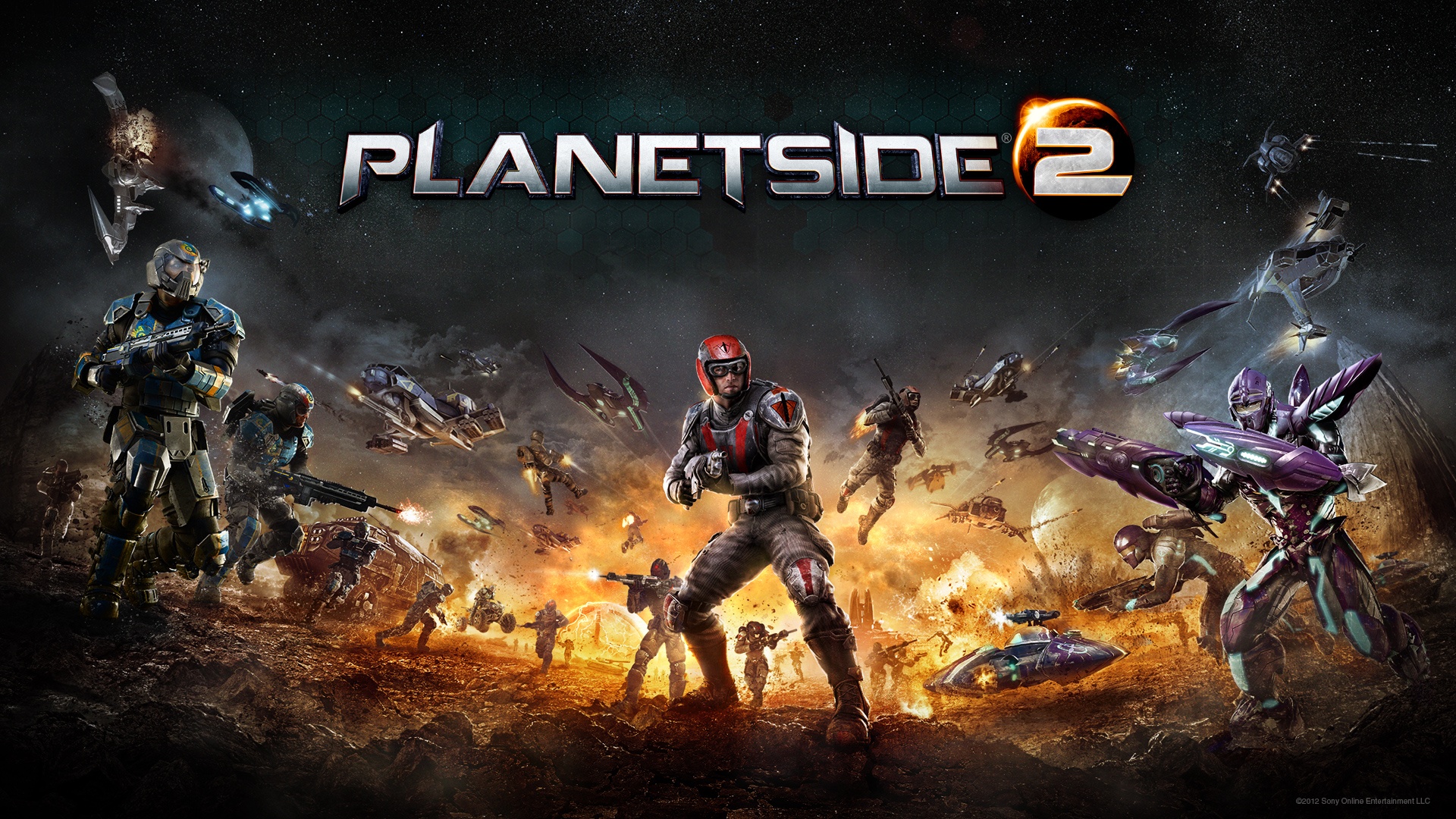 Released in November of 2012, Plantside 2 is a Massively Multiplayer Online First-Person Shooter by Sony Online Entertainment. The game takes place on the fictitious planet Auraxis, where player’s will align themselves to one of the three factions that are constantly fighting for control of the territory. When you start the game, you’ll choose one of the three factions and then be free to choose which class you want to play, depending on the situation at hand. The thee factions are Terran Republic, New Conglomerate, and Vanu Sovereignty, each with their own advantages and disadvantages in their weapon and vehicle selection. Currently there are 3 continents where layers will fight massive battles on land or by air: Indar, an arid, desert-like landscape; Esamir, a frozen tundra at one of Auraxis’ poles; and Amerish, a wooded, lush temperate climate.

Planetside 2 is a constant territory control system that can feature up to 2000 players per continent which results in huge battles full of aircrafts and tanks and a wide array of infantry units. Station Cash, the in-game currency, can be used to purchase various upgrades for either vehicles or unique upgrades for the character classes. The 6 classes available are: The Infiltrator, the Light Assault, the Combat Medic, the Engineer, the Heavy Assault, and the MAX, each have unique weapons and skins depending on which faction you align yourself to. 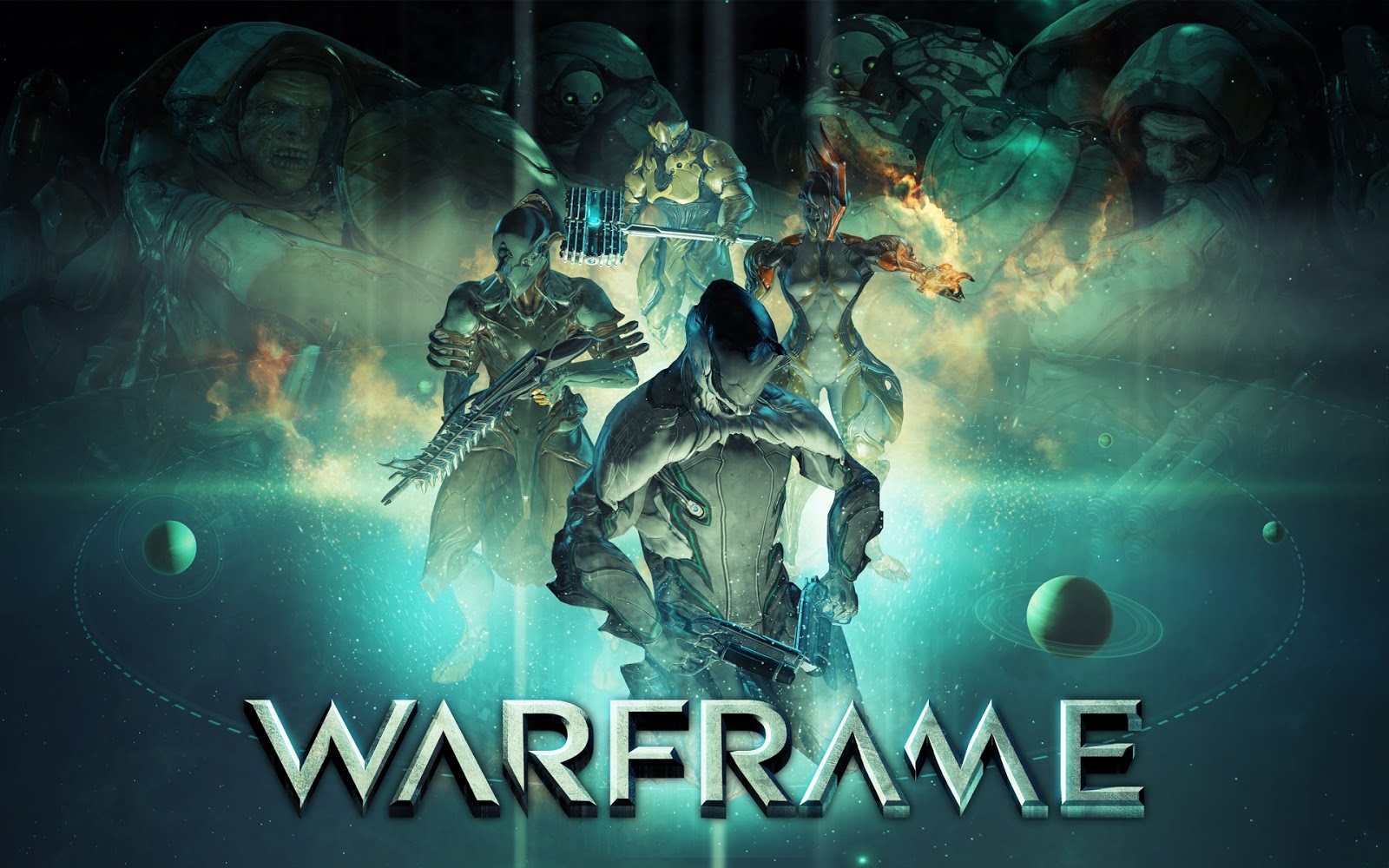 Released in March of just last year by Digital Extremes, Warframe is a cooperative third-person shooter where players control the Tenno, a group of ancient warriors who have recently awoken from a few centuries of cryosleep. The Tenno donned the battlesuits called Warframe, an exo-armor that allows them to a fighting chance against their enemies. Upon their awakening, the find themselves pitted against three different antagonists: the Grineer Empire, a race of militaristic brutes who rely on overwhelming numbers; the Corpus, a corporation that use advanced drones to make up for their soldiers strength; and the Infested, compiled of both Grineer and Corpus soldiers who have been infected by the “Technocyte Plague,” rely on mass numbers but have more melee focused attacks.

The gameplay is much like Left for Dead in that teams of up to 4 players must work together in order to complete one of the 13 mission types available. The game utilizes the popular parkour style of character movement which allows a very fast paced game with great maneuverability. The maps themselves are generated procedurally, meaning that no 2 level’s will have the same layout, which allows for a great replay value. The game is available for PC as well as the PS4 and it was recently announced that Warframe will be coming to Xbox One consoles as well. 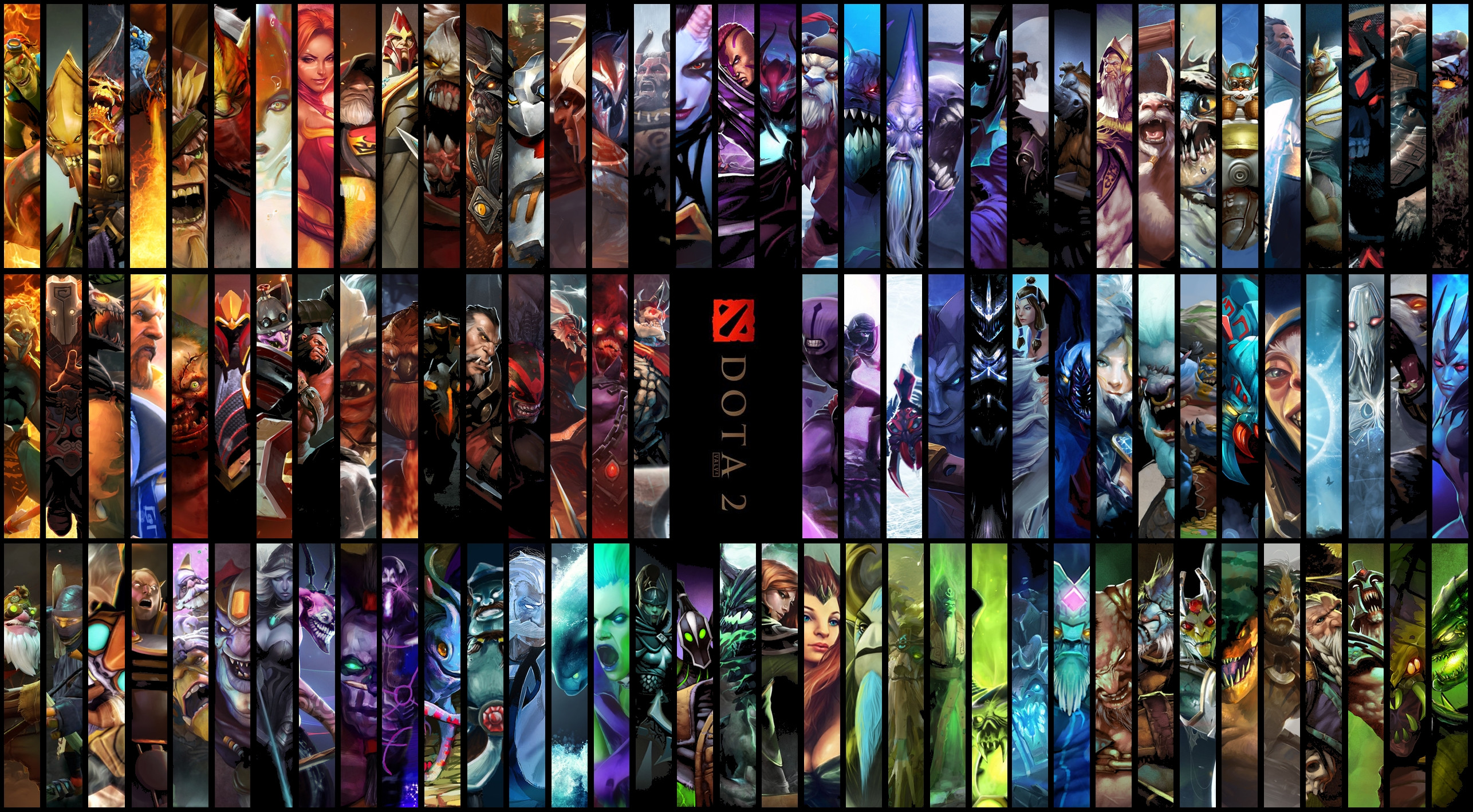 Officially released in July of 2013, DOTA 2 is the pride and joy of Valve and designer, IceFrog. Sequel to the popular Warcraft 3 Defense of the Ancients (DOTA) mod, DOTA 2 spent two years in the beta phase after IceFrog and Valve began developing the game in 2009. With over 800,000 daily concurrent players, DOTA 2 is a multiplayer online battle arena (MOBA) that pits 2 teams of 5 players against each other with endgame goal of destroying the opposing teams ancient before they destroy yours.

The teams, Radiant and Dire are situated in the bottom-left and top-right corners, respectively, of a square map separated by a dividing river running from the top-left down to the bottom-right of the map. Though there is only one map currently available, no 2 games are ever remotely the same due to the hero pool that characters can choose from. Valve has released 107 of the 112 heroes and unlike League of Legends, only one of each hero can be present in the game at a time, so no duplicates, there’s 8,854,617,997,445,220 possible match-up combinations. This isn’t even factoring in the multitude of item choices that can be made once the heroes have been selected.

DOTA 2 is not for the faint of heart mind you, even after playing 100 hours, you’ll still have a lot to learn about the game, but each game you’ll play will be so unique because of the vast number of factors that affect the game. The upcoming International 4 is a great place to start if you’re interested in getting into the game, the top 16 teams in the world will compete for a 9.6 million dollar prize pool, the highest of any competitive game to date. PC Gamer review described DOTA 2 as, “an unbelievably deep and complex game that offers the purest sequel to the original DOTA.” Even if you never played the original DOTA, there’s never been a better time to get into a game that’s on a constant rise to the pinnacle of gaming.

Android Updates Permission Changes: Is Your Info At Risk?