Tom Cruise’s ‘Edge of Tomorrow’ Trailer Hot Off The Press 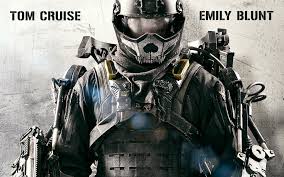 The trailer for Tom Cruise‘s sci-fi film Edge of Tomorrow has just been released!  Known also as ‘All You Need is Kill’ and based on the Hiroshi Sakurazaka novel of the same name, the upcoming movie was directed by Doug Liman (The Bourne Identity). Emily Blunt and Bill Paxton will appear as co-stars to Cruise’s starring role.

In this edge-of-your-seat sci-fi flick, Cruise stars as Major William Cage, an officer who has never seen combat and is assigned to an impossible suicide mission against the alien race that has attacked Earth.  Cage dies almost immediately — before being somehow brought back to relive that day over and over again.

Calm Down: Fallout 4 Is Real