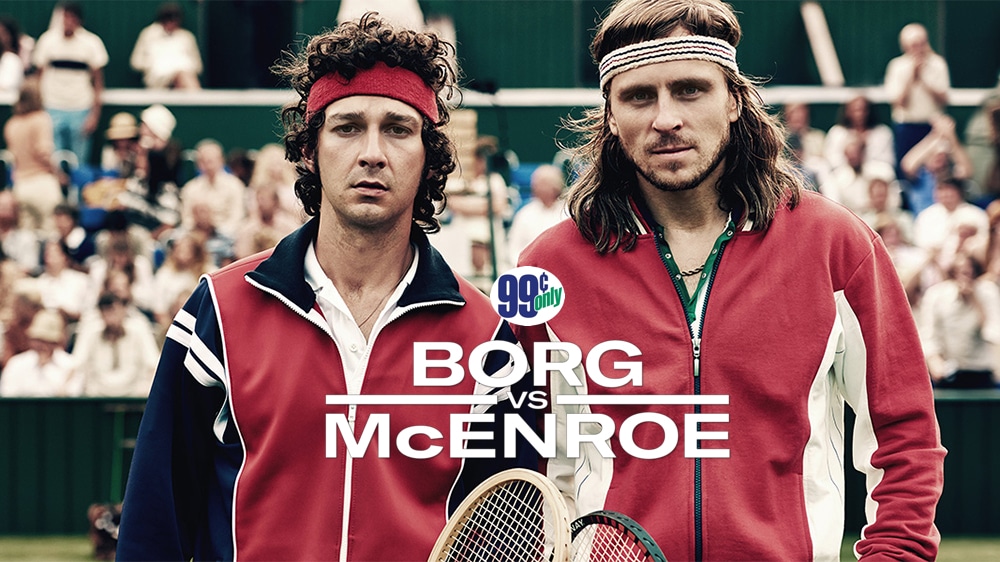 This week, a steely Swede and a brash American clash on the grass courts of Wimbledon in the tennis drama Borg Vs. McEnroe.

The Way You Win Is Just as Important

Summer. 1980. At 25 years of age, Swedish born Björn Borg (Sverrir Gudnason) is the number one ranked player in men’s tennis, he’s on the verge of legit superstardom, and he’s seeking an unprecedented fifth consecutive Wimbledon title. Only one player stands in his way, a talented but temperamental young American by the name of John McEnroe (Shia LaBeouf). As their lives off the court spiral in and out of control, the pair find themselves on a collision course for a battle of wills on tennis’ biggest stage. This is how it all went down. 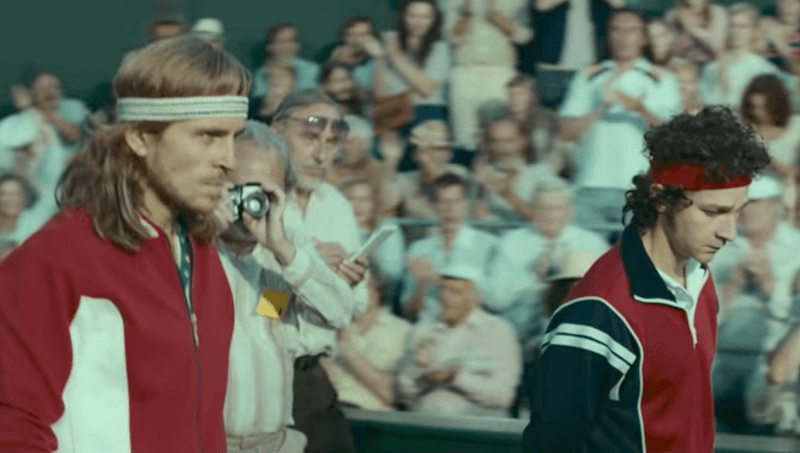 What More Do You Want?

Well, this is probably a fair approximation of how it all went down, anyway. Like any film based on real life events, you can bet there’s a fair amount of conjecture at play throughout Borg Vs. McEnroe. Unlike most sports-based biopics, Borg Vs. McEnroe never seeks to forage through the gray areas of history in service of idol-making. Rather, Director Janus Metz attempts to utilize those areas in service of bringing two idols a little closer to the flawed, fascinating, and fabulously talented human beings they actually were.

Fans of those idols, and the epic rivalry that began with the fateful Wimbledon meeting depicted in Borg Vs. McEnroe, can take heart in the fact that Metz mostly succeeds in that endeavor. The director does so by bringing a hyper-realistic feel to Borg Vs. McEnroe that allows the tale behind one of tennis’ greatest matches to unfold with the prescient, near passive energy of a documentary.

That’ll come as no surprise to fans of Metz’s work. He is, after all, an award-winning documentarian in his own right (see 2010’s Cannes winner Armadillo). What’ll surprise most is that unlike most documentarians making their first non-documentary, Metz never misses a beat in the transition. He opens Borg Vs. McEnroe in a most unexpected place. He closes it in one as well. As for the moments in between, he lets them play with a surprisingly assured hand, pacing the film to perfection and utilizing Niels Thastum’s stunning, largely hand-held photography to deliver a stylish, effusive, deeply engrossing drama that never bows to its obvious potential for petty melodrama.

Of course, the on court drama between Borg and McEnroe is well documented. That made it easy for Metz & Co. to present the pair’s first Wimbledon throw down in all of its epic glory, with each player’s affectations and hard-won points unfurling with striking detail. Make no mistake, their depiction of that showdown is nothing short of thrilling, earning its dramatic impact in ways most sports films merely dream. But where Borg Vs. McEnroe really prevails is in its depiction of the pair’s less detailed off court travails.

And yes, the off court action is where all that potential “conjecture” comes into play. While it’s impossible to know exactly what each player was going through leading up to that finale, Borg Vs. McEnroe still manages to mine what we do know about each (McEnroe was a perfectionist and a bit of a loner and Borg was an obsessive who was intensely unhappy with his superstar status) to build a compelling case for what their time off the court was like.

That leaves much of the pair’s personal drama in the hands of stars Gudnason and LaBeouf. For his part, LaBeouf (who, like him or not, continues to be an electrifying screen presence) more than delivers the goods as McEnroe, bringing equal parts swagger and insecurity to his every moment onscreen. Therein lies the lingering issue with Borg Vs. McEnroe. Much of the film is told through the eyes of the famously emotionless Borg, so McEnroe isn’t onscreen all that much. Forced to deliver a performance almost entirely internalized, Gudnason never quite builds enough pathos behind his character’s ever-icy exterior. That lack of emotion (particularly in contrast to the fascinating internal and external work from LaBeouf) tends to leave the film feeling a little bit cold at times.

Still, Borg Vs. McEnroe is told with such confidence and candor, that feels more like a petty grievance than an actual problem. Either way, you’ll likely find your blood pumping with as much intensity as Borg’s and McEnroe’s once that final match begins. And you’ll no doubt find yourself marveling at just how involved in the outcome you are … even if you already know how it all turned out. 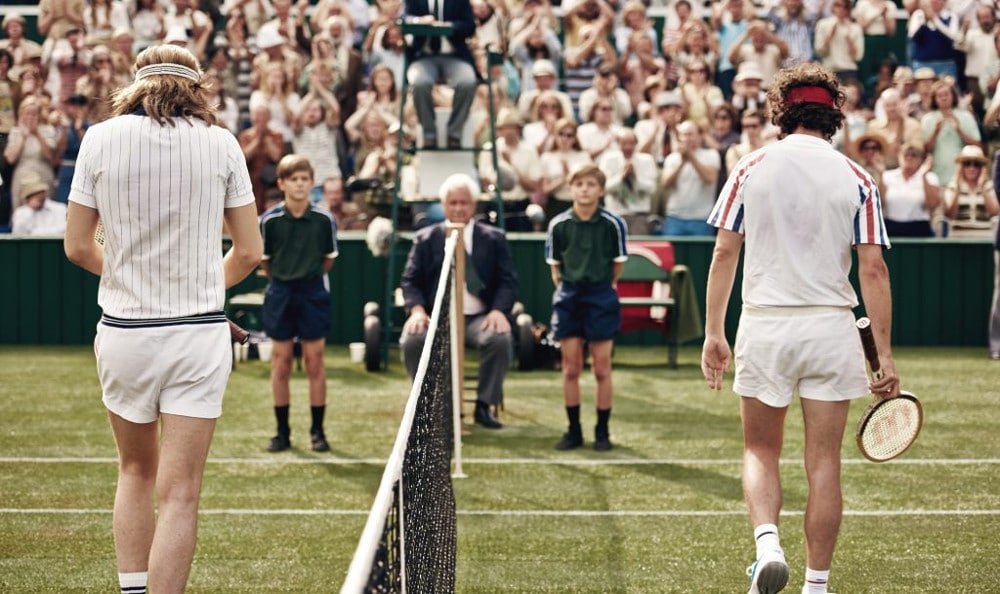 You bet. Crafted with skill, presented with a sincerity rarely glimpsed in biopics (or sports films), and featuring one of the finest performances of Shia LaBeouf’s career, Borg Vs. McEnroe is a savvy little film that manages to satisfy on nearly all fronts. Since it didn’t receive much of a theatrical release earlier this year, it’s a safe bet you didn’t see it in theaters … if you heard about it at all. Now’s your chance to catch up to one of 2018’s unsung surprises. As it’ll cost you just $0.99 this week, there’s really no excuse not to.