Home Entertainment Terminator will “Be Back”: New Trilogy set to begin in 2015
Entertainment

Terminator will “Be Back”: New Trilogy set to begin in 2015

Paramount confirms that the Terminator is coming back; yes, another movie about artificial intelligence vs. humanity. 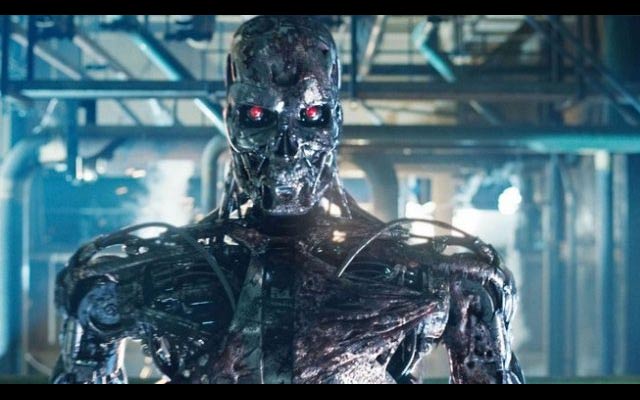 Hollywood seems to think it’s a pretty good idea; the legal drama over the franchise has been quite tumultuous. Producer and financer Megan Ellison finally won the war, spending over $20 million for the rights in 2011, although nothing much came from it until now. Megan Ellison’s company is Annapurna and she recently produced “Zero Dark Thirty,” “The Master” and “Spring Breakers.”

Once Ellison’s Annapurna pictures joined with Skydance Productions, her brothers company who has a deal with Paramount, things began to finally set in motion. David Ellison was recently involved in the production of many exciting action films: “World War Z,” “Star Trek Into Darkness,” “G.I. Joe: Retaliation,” “Mission: Impossible – Ghost Protocol,” and the “under construction” 5th installment of the “Mission: Impossible” franchise and the next “G.I. Joe” film.

James Cameron’s franchise, which began in 1984, starred Arnold Schwarzenegger as the Terminator. “Terminator”, “Terminator 2: Judgment Day” and 2003’s “Terminator 3: Rise of the Machines” earned over $1 billion at the worldwide box office and made an incredibly famous series; they even sparked a TV show, “Terminator: The Sarah Connor Chronicles” (2008-9).

The franchise also made more in film rights, games, and media spinoffs, and bodybuilder Schwarzenegger became a name that everyone (and their children) knew. A fourth film, Terminator Salvation, aired in 2009 without the series star Schwarzenegger; he was currently a little occupied being the Governor of California (But, yes, the film does have a computer-generated Schwarzenegger as the ultimate bad guy at the end; Hollywood likes nostalgia). The next Terminator film, set to come out on June 26, 2015, is intended to be the first in a trilogy.

It will be produced by Dana Goldberg and Paul Schwake, and the script is being written by Laeta Kalogridis (produced Avatar, Shutter Island and tried to reboot Bionic Women) and Patrick Lussier (Drive Angry and Dracula 2000). Well…let’s just cross our fingers and hope for the best.

No Official Word on Schwarzenegger

Although Paramount never officially announced Arnold Schwarzenegger’s role in the films, many members of Hollywood expect him to have a starring role. This includes Arnold Schwarzenegger himself; he recently stated while on tour in Australia that he would be returning to the franchise:

I’m very happy that the studios want me to be in Terminator 5 and to star as the Terminator, which we start shooting in January.

Well, we can’t know for sure, but if even Terminator Salvation felt the need to computer generate Schwarzenegger, we can probably bet that he will have some sort of role. Further, Salvation grossed $371 million, so you can’t say putting a digital Arnold in was that bad an idea either. However, see below: 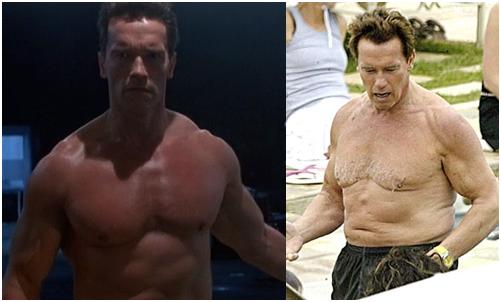 Now, the question being raised is what (and when and where) the plot is going to be. No director has yet been named, and the trilogy could be taken in many different directions. As it is a trilogy, many people hypothesize a reboot of the original series. (Has it really been long enough already? Well, I guess Spiderman proves it has.)

It could continue to show the future war between humanity and Skynet. It could go back in time and further convolute the space-time continuum. It could, and most likely will, involve artificial intelligence’s plan to kill John Connor, at whatever age, and his loved ones in an attempt to terminate all humanity. It could involve awesome, unstoppable robots, crazy vamped technology, ripped men, hot women, guns and explosions… okay, that was a given.

So, get ready, 2 years (minus 3 days) from now, you could be watching “Terminator 5” in a theater near you. That is, if you’re not saving your money to see the other blockbusters of that month: “Independence Day 2,” Pirates of the Caribbean 5,” “The Smurfs 3” oh and don’t forget “Star Wars Episode 7”. (Anyone else notice that all of these are sequels or more?)

Ellen Page’s Likeness in The Last of Us “Not Appreciated”