It’s probably not that much of a spoiler at this point to say that I like online multiplayer. I may only be average at online gaming (you guessed that from the title, right?) but I still enjoy it nonetheless, even when it’s at it’s most headbangingly annoying. 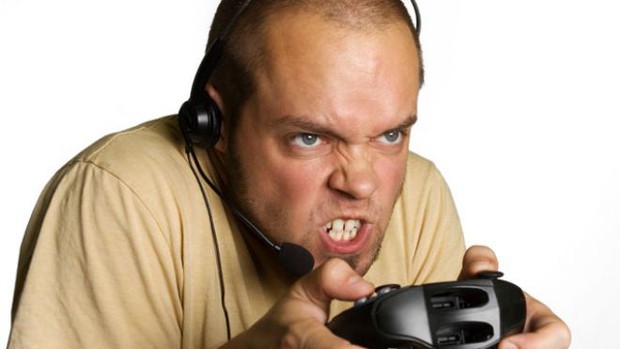 Which is quite a lot of the time actually. And it seems the games industry assumes that we enjoy shooting people we’ve never met in different countries a lot more than we do shooting people who are sat right next to us in the same room stealing a slice of your pizza, because when you flip the box of a new game over, it almost always says ‘1 Player’ on the back.

Technically it should be ‘1 player, or 6 billion players if you go online’, but never mind. My point is, online multiplayer seems to be slowly killing off traditional old-fashioned multiplayer. Which is kind of sad when I and many people grew up on the simple joy of being able to point and laugh at someone when you pwn their ass, rather than screaming at them down a microphone on Teamspeak.

Just the other night, me and a couple of friends (Read: fellow twenty-something man-children) gathered for what we described as the ultimate ‘man-date’. Essentially what this meant was it would feature the holy trinity of alcohol, pizza and videogames.

Quite a few in fact. And because we were overgrown man-children, we didn’t see the appeal in sitting around with microphones strapped to our heads pwning n00bs in Alabama – we wanted the gladiatorial combat of offline multiplayer. There’s nothing quite like it. It’s instant satisfaction, and on the other hand, instant despair – which I experienced time and again as I had my rear end whipped multiple times over a pommel horse at Wii Sports. And that is crucial.

Slam it Down and Swear…Completely Natural

You see in single player, when a dude defeats you all you can do is slam a controller down and swear at a non-existent collection of ones and zeroes. Online it’s even worse – all you can see of your opponent is a ridiculous username full of weird symbols, a profile picture and his screaming pre-pubescent voice in your ears. However, when your nemesis is standing in the same room and pointing and laughing at you, you don’t slam a controller down and stomp off – it just isn’t an option. So you grit your teeth, hit restart and go again.

It toughens you up – you can’t just run away, you have to stand and fight your corner. As a result it makes the moment when you finally crush your competition even more satisfying – the shoe is on the other foot, and now it’s your time to enjoy the spoils of victory and laugh at your rival’s ineptitude, knowing you’ve had to suffer the same fate. No broken controllers, no ears ringing with the screams of some small child somewhere on the internet – just pure fun.

And of course, because you’re in a room with people you already know and get along with well (mostly), the funtimes are spiced up by added jokes and amusement.

Split-screen multiplayer is our first taste of multiplayer, the very core of shared gaming experience, and I’d not only recommend it as a foundation for your online adventures, but something to do for fun in general. We see this mostly nowadays with the FIFA football games in particular, where gamers have combined the man-date holy trinity elements I mentioned earlier into an entire rulebook of drinking game regulations.

There’s even more motivation to not loose 3-0 to your mate when there’s a dirty pint on the line with your name on it, or the prospect of walking around Asda in your pants, or having to phone up your mum pretending to be a drug dealer. It’s not just bragging rights at stake, but your own self-worth as a human being.

If that’s not motivation enough to get really good at defending corners, I don’t know what will. When you hit that glorious winning goal in the final seconds of extra time, you don’t quite feel the same ecstasy as you would actually scoring a goal on a real football pitch in front of 50,000 real people – but knowing you’re getting an entire evening of free drinks feels almost as good.

And in a nutshell we have the chief appeal of offline multiplayer. In one fell swoop you have a social life, shared experiences with actual human beings, and all the fun and drama of videogaming but amplified with high-stakes of your choice on the line. No wonder me and my fellow man-children love digging up old Playstation 2 and Mega Drive games time and again and flailing Wiimotes around the living room – although I think my wallet would disagree.

Serious game journalists may sneer at the Wii’s novelty value all they want, but I’d rather have more Mario Kart multiplayer festivals than yet another Call of Duty clone. And when you go back into the online world to play, take the lessons of offline with you. Imagine the smug grin of your rival and realise that ragequitting isn’t the answer – getting even is. And when you do get bullet-splattered revenge, just imagine your rival being forced to shave their own eyebrows off. It’ll make the whole thing a lot more satisfying, trust me.