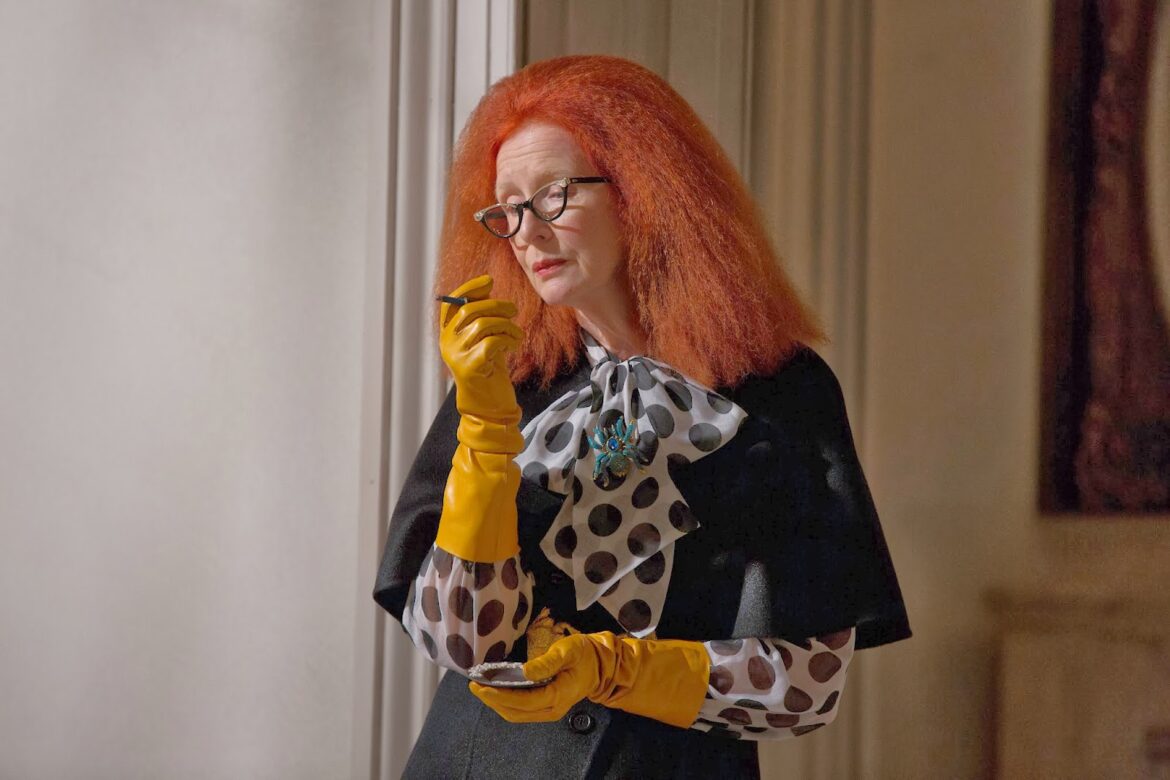 WARNING: If your viewership of this episode has yet to occur, know that the contents of this agglomeration of words, punctuation, and aggregate bitterness will likely put a mountainous crimp in your enjoyment of said episode. (SPOILERS!) 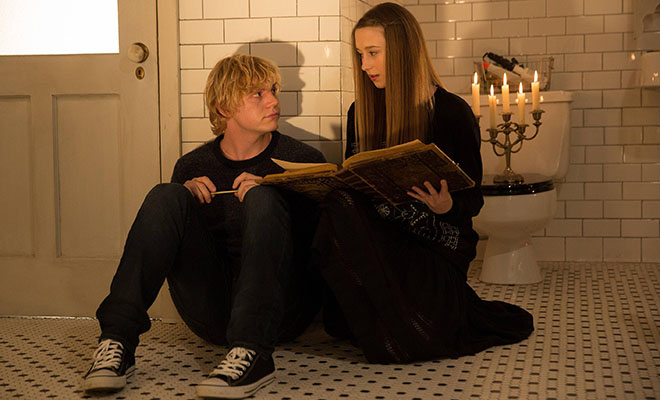 Last week, my experience with the new episode of American Horror Story: Coven was one of pleasant surprises—namely a trio of terrific performances from Angela Bassett, Jamie Brewer and Lance Reddick—that ultimately faded into the black shadows of the show’s abject pacing and unclear purpose (exhibit A: the shameless ten minute cameo from Stevie Nicks that felt like nothing more than a private concert for the cast and crew).

This week’s episode, “Protect the Coven,” was a complete inverse of this experience. While Coven’s typical aimlessness was ever present and routinely irritating, there was too much good for me to pooh-pooh the whole shebang. For after months of yelling at my TV to stop destroying my admiration for American Horror Story, the TV finally yelled back with some actual purposeful story.

Such was chiefly the case when Fiona and Marie assassinated the witch hunters of Delphi Trust in their own boardroom. And how was this long-awaited climax carried out? With Eddie Vedder devil smile-faced glee by Mr. Axeman (played by Danny Huston), of course! My wishes had been granted! At long last, this utterly pointless character proved to be more than just an indulgence of New Orleans mythology!

I was elated. My fists were raised in utter ecstasy at the cathartic display of Karo syrup spray-happy dismemberment and Danny Huston’s reemergence as someone actually worth watching. I looked like I had just won the World Cup and the Powerball with one singular bit of kinetic motion.

But it didn’t stop there. Oh no it didn’t.

From there, Madame Delphine LaLaurie (played with Misery-level menace by Kathy Bates) took the reins and charged us headlong into the depths of her own manufactured underworld, the origin of which we discover at the top of the episode. We’re whisked back to 1830 New Orleans, where Delphine is forced to decapitate a chicken for dinner. This serves to whet her appetite for the intoxicating feel of blood, which leads to her performing a gruesome vivisection of a gravely injured slave that would eventually begin the legend of Madame LaLaurie’s reputation as a serial killer.

Cut to Delphine resuming her duties cleaning up after the coven at Miss Robichaux’s, a stint of such agonizing purposelessness that we find is eating her away from the inside. However, this torment becomes suddenly bearable when an African-American gardener walks into the school complaining of a cut hand. Delphine offers to heal him, but instead chloroforms him and finds sweet release in old habits when she playfully lops off his toes and eventually disembowels the man in Spalding the butler’s eerie doll-decked bedroom.

It’s at that point we are treated to the return of another protractedly absent character: Spalding! Back from the dead and fully articulate! He gushes in admiration over Delphine’s “art” and proposes the two of them unite in an effort to eliminate Marie Laveau’s influence on the coven to protect the line of Salem witches.

This sequence, apart from being an electrifying showcase for Kathy Bates’ malicious wonders, clarifies a major staple of Coven’s big picture motivation and results in some surprisingly hilarious moments between Delphine and Spalding, namely Spalding’s deadpan recommendation that Delphine extinguish Marie Laveau’s immortality with Benadryl.

And although the Benadryl itself doesn’t kill Marie, it puts her in a loopy enough state for Spalding to knock her unconscious with a baby doll so Delphine can bury her alive (the exact same way Marie disposed of Delphine back in the 1800s). This is one of many great moments in writer Jennifer Salt’s script, which is full of little amusements and witty dialogue that pack a delightful punch all the way through.

Still, I can’t shake the feeling that everything I’m watching is never driving toward some profound truth like it did in seasons past. From the look of the teaser for next week’s penultimate episode, everything has building up toward a climactic Fear Factor-esque showdown to see who the next Supreme will be. I said it before, I’ll say it again: it’s The freaking Bachelor. If I wanted a front row seat to a trivial pageant of power-hungry young ladies jostling for a temporary title, I would have just illegally downloaded a bunch of episodes of Flavor of Love.

And another thing: having Myrtle Snow urge Zoe and Kyle (yup, Frankenstein’s back! And he can talk, too! Where’d that come from, right?) to leave the coven and move to Orlando because they’re not safe is mind-numbingly idiotic. This show has clearly established that anyone can die, but has also gotten into a habit of resurrecting every single freaking dead major character that has perished thus far (as was the case with Queenie, who it turns out is immune to the witch Kryptonite of silver bullets).

There is zero danger and, therefore, zero opportunity for prolonged suspense. Instead of “Oh goodness me! I care about this character and would be devastated if he/she were to die! NOOOOOO!!!! SHE’S DEAD!! WHY??”, we have “Huh. She’s dead. That must be annoying for her. Oh well! At least she’ll be back two episodes from now, right? Probably. I’m hungry. Do we have any Totino’s Pizza Rolls?” See what I mean? Lifeless, despite the infinite rejuvenation of various existences.

-I know I’m supposed to find Spalding and his doll obsession disturbing, but seeing him take charge over Marie’s stolen sacrifice baby and reveling in having found a “living doll” was strangely beautiful. It’s as though he’s always wanted a child of his own and had been living that fantasy vicariously through his vintage collection of inanimate facsimiles, but now he has himself the real McCoy.

-While I maintain that the writing in this episode was better than expected, the writers really need to stop overusing the word “bitch.” Yes, I know it rhymes with “witch” and is more or less an appropriate description of several characters, but there’s a fine line between clever and “shut the hell up.”

-There are only two episodes left until American Horror Story is temporarily no more, which means I have a hellaciously lengthy wait ahead of me until season four premieres. So what am I to do to quench my thirst in the meantime? I have an idea. Can we have a miniseries that’s just Frances Conroy dressed in gradually weirder costumes and wigs while playing prolific rock songs on her mighty theremin and giving kindly advice based on her varied past exploits? I can just imagine her playing Metallica’s “The Call of Ktulu” as she politely reminds me about how eating Trix turns your internal organs into wilted balloon animals. Also, I just going to blithely assume that Ryan Murphy and Brad Falchuk are reading this and will make this happen so that I won’t have to fill this impending void of programming with Breaking Bad re-runs.

Famous Spectacles: Characters and Their Glasses