Surviving a Fandom Hiatus Without Dying of Feels 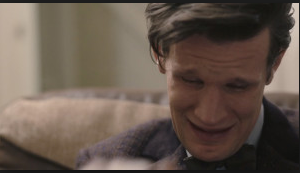 These past few weeks have been eventful for members of the Dr. Who and Sherlock fandoms. Season seven of BBC’s Dr. Who ended this past Christmas with Matt Smith’s regeneration and Peter Capaldi’s much awaited arrival. Filming for season eight began on January 6th, but the premier will likely not air until well into fall of 2014. Similarly, the third season’s second episode of Sherlock aired on BBC One on January 5th (it airs in the US on January 26th, but don’t even pretend you haven’t already watched it online). The BBC One airing of the season finale on January 12th looms ever closer, and with it the return of Sherlock‘s longstanding hiatus status. There is no word as to when the premier of season four will air. As both fandoms drown in their tears, the question of what to do during the hiatus must be addressed. After waiting almost two years for the return of Sherlock, I’ve managed to  come up with some ways to ease the pain. 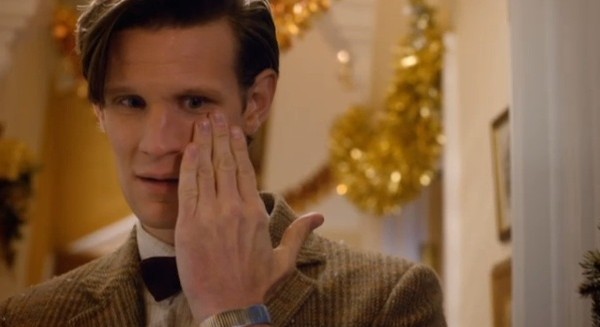 As hard as it may be, the first step in defeating the urge to rock in a perpetual fetal position is to accept that what happened won’t change. Matt Smith regenerated, and Eleven isn’t coming back. The conclusion to season three of Sherlock will likely be equally as devastating (Moffat even promised we’d be “as frustrated as ever”). It’s time to face the fact that there isn’t anything you can do to change what you’ve seen. Take as much of the hiatus you need to come to terms with the season finale. You could cry a little (or a lot), listen to sad music, or even sulk so much it’d make Sherlock Holmes himself jealous of your skills. I promise, no one in the fandom will judge you.

When you’ve finally finished sobbing into your pillow, take a minute to reflect on all the good times you’ve had with your favorite characters. Remember that time Anderson thought Sherlock was a psychopath rather than a high-functioning sociopath? Didn’t Matt Smith make us all want to wear bow ties every day for the rest of our natural lives? Wasn’t it all just freaking awesome? You bet it was! Don’t forget the good times in the fandoms; they’re what keep us together.

But hey, just because the writers have made their decision about the show doesn’t mean you have to agree with it! Reject their heartbreaking reality and construct your own. After all, it wouldn’t be a fandom without alternate universes. While you’re waiting for the hiatus to end, read some fan fiction about Sherlock and John (or Molly, if you like) living together happily ever after. Heck, write some fan fiction of your own about Eleven going back to Gallifrey and being truly happy for the rest of his existence. What happens in the show doesn’t stop us from using our imaginations.

A hiatus is not the time to sit around and forget about the next season. There’s so much to be excited about, it isn’t even funny. I have two words for the Dr. Who fandom: Peter Capaldi. There are new adventures to be had and new friends to make and new enemies to conquer. Every day there’s more information released about what to expect for the upcoming season. If that won’t get you through a hiatus, I’m not sure what will.

Most importantly: remember, a hiatus isn’t the end. It’s the start of a whole new beginning.

Where Is The Magic In American Horror Story: Coven?