All Hallow’s Eve is a magical, scary, dangerous time that could see you get your face nommed off.

No one at Geek Insider wants to see that happen to you, you’re a good person! You deserve to survive. So here are some handy tips to help you keep your head, your face, and your heartbeat on Halloween.

How To Survive Halloween Without Having Your Face Nommed Off

Sure, it all ended happily for Cinderella. But that’s because she went to the ball on a non-Halloween night. If that ball had been held on Halloween, Prince Charming would have turned out to be Dracula and she would have spent the entire night running from some guy in a hockey mask.

Even Buffy fell foul of Halloween when she got turned all distressed damsel one year.

Not being around people is probably one of the best things since they created microwave meals for one. But on Halloween night, even the most introverted should become a herd animal for the night.

It’s simply better odds to be in a group on the night of the year where evil lurks around every corner. Also, if you’re not that attached to the people you’ve invited over on Halloween and something happens?

Good news, you’re going to have some friendship openings in your social circle.

Always go everywhere in groups and try and stay in the ‘middle’ of the group. Stragglers, dawdlers and fearless leaders are always the first ones to go.

This a general life rule. But it’s especially true on Halloween.

Remember those ‘Are You Afraid of the Dark?’ kids? Yeah, they all got eaten. Well, I’m not sure if they did. But they probably did and it would have served them right! You don’t just go out into the middle of somewhere, sit around a campfire and not expect to have your face nommed off.

You try and go Bear Grills on nature on Halloween night and you’ll be praying for ‘Lions and Tigers and Bears….OH MY!’ by the end of it. Anything from werewolves, zombies, vampires and dudes with mummy issues and a chainsaw will be after you. Do yourself a favor, embrace the 21st century and sleep somewhere with central heating.

4. Don’t Spend The Night In A Haunted Mansion.

Much like never going camping, it’s just simply not worth it.

What’s that? You’re not afraid of the dark? Well, the dark isn’t afraid of you either because it’s made of the ghosts of mad men. Not the Don Draper kind. The Ghosted kind.

A rule especially true if there’s a good chance that someone may have witnessed you committing a serious crime during a seasonal cycle and they want to inform you of this fact before playing a cat-and-mouse game with you and your friends. 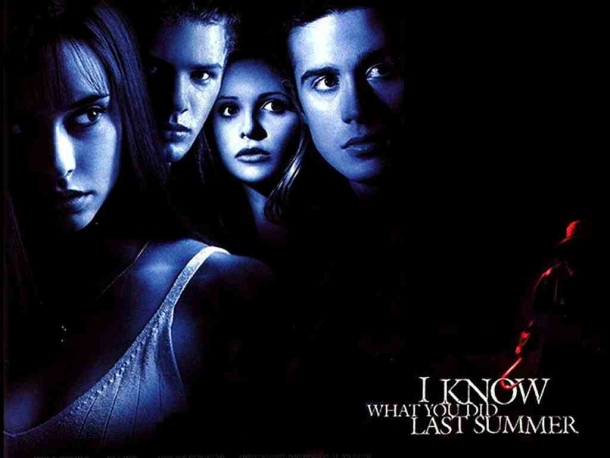 This also applies to answering the door. And don’t invite anyone in over the threshold.

Sure, Scooby Doo kid, it COULD just be the mayor in a mask. But what if it’s not? Too many times the smug cynic has ignored the impassioned pleas of others, or the warning signs of a vampire attack, till it’s too late.

You don’t have to believe in any supernatural stuff, to believe that a situation could be potentially dangerous. And so what if it’s all a hoax? I’d rather be laughed at than be a vampire’s minion.

The lady is like a free wifi hotspot, but instead of Internets she has unlimited ghouls, ghosts, and creepy dudes to throw at you. It’s really best to stay away from her. She’s Buffy, she’s used to being alone.

Follow these rules and hopefully you’ll survive through All Hallow’s Eve for another year.