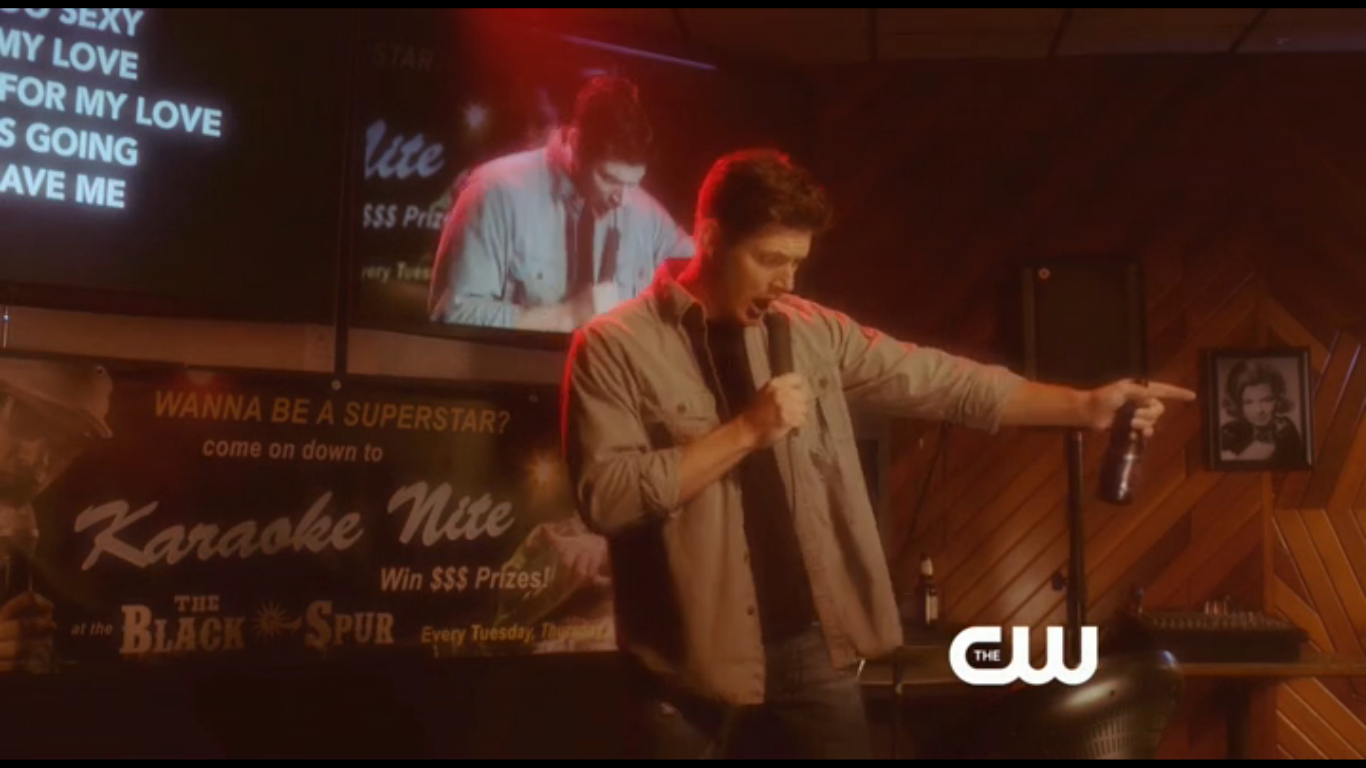 The trailer for Supernatural season 10 is finally here, and it promises to be a good time for everyone – well, except maybe for Sam Winchester. Demon Dean is kicking it off in style, and the trailer gives us a taste of the hijinks that will ensue.

The trailer starts out on a serious tone, with Sam (Jared Padalecki) lamenting the loss of his brother Dean (Jensen Ackles), whose transformation into a demon has removed his morals. It seems only fair for Dean to be experiencing the demon side of things, after Sam’s previous struggles with demon blood. As expected, Dean’s transformation has pitted the brothers against each other; we get a glimpse of Dean going after Sam with an axe, and a nod to The Shining as he chops his way through a door.

After that, however, the trailer quickly transitions from serious to silly in typical Supernatural form. The show has always had a good balance between tragedy and comedy, with serious themes being lightened by well-placed comedic episodes that often hinge on the absurd; remember “The French Mistake,” when Sam and Dean are thrown into a parallel universe where they find themselves stuck as actors Jensen Ackles and Jared Padelecki on a show called Supernatural? This kind of self-referential comedy and the ability to poke fun at itself is part of what makes Supernatural unique, and season 10 seems to be taking this approach with demon Dean, or ‘the Deanmon.’

Crowley (Mark Sheppard) may have big plans for Dean, but it seems that the Deanmon is beyond everyone’s control, including the King of Hell. Dean has a similar reaction to demonhood as Clark Kent to red kryptonite (any Smallville fans out there will know what I mean); all of his normal vices are amplified, and he seems much more interested in drinking, stealing porn, and going to strip clubs than taking over the world. Sam may be doing everything he can to hunt down his brother, but personally I can’t help hoping that the Deanmon sticks around for the majority of the new season. It’s just too much fun watching Dean wreak havoc, especially with his heartfelt karaoke. And speaking of singing, we can expect to see the much-anticipated musical episode of Supernatural in the near future, as the show’s 200th episode will fall within this season.

While it makes sense for the new trailer to focus on Dean’s transformation and Sam’s quest to hunt him down, it does seem distinctly lacking in all things Castiel (Misha Collins). It’s great that the show is focusing so much on Crowley’s character development, but Castiel was never included much in Sam and Dean’s adventures during the previous season and the only problem with the trailer is that this trend seems to be continuing. Of course, there’s only so much we can know from a 2 minute trailer, so we’ll just have to wait and see what happens in the new season. In the meantime, we can count on the Deanmon to provide all sorts of entertainment.