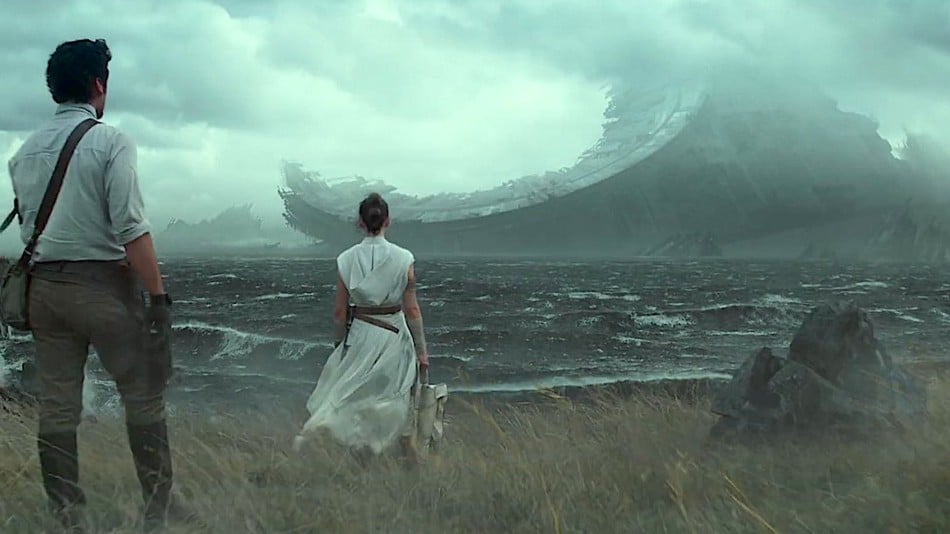 The trailer for Star Wars: Episode IX was just released and fans everywhere were in a frenzy. There was so much packed into the teaser trailer, and although it was pretty ambiguous, it showed a lot more than any of us could have imagined for the first teaser trailer for this movie.

If you haven’t seen the trailer yet, check it out at the bottom of this article.

After viewing this trailer, a lot of us were left with more questions than we knew what to do with, but some of the main ones were these:

Who is the Skywalker the title is referring to?

What does all this mean for the fate of Ben Solo? Will he return to the dark side or rise to the light?

The answer to these questions lies in what The Rise of Skywalker will end up being about: the redemption of Ben Solo.

Upon first watching the trailer, it looks like Kylo Ren is back to being his big bad self. However, upon further examining the trailer, along with analyzing what we already know, we can see that Ben’s fate is not yet set in stone, and which side he will land on has still yet to be determined. The series has been setting Ben up to a better fate than what one might think when skimming along the surface of these films. The Last Jedi especially set up this transition so that Ben’s redemption could be in time for fighting “the ultimate boss,” Emperor Palpatine.

In the trailer, we see clues that Ben Solo/Kylo Ren isn’t fully “dark” like we thought he may be returning to. He is still conflicted. He can still turn.

In the trailer, we see Kylo Ren taking someone down—who I might add does not look like someone in the resistance—but he is not killing him, which is something he would have done as “Kylo Ren under Snoke.” He’s just pushing them down. Why is he doing this? Is this a Knight of Ren?

Kylo Ren is not the one putting his helmet back together again. As noted in a video by Mike Zero, a creature/”thing” is putting Kylo Ren’s helmet back together—not Kylo Ren. Palpatine will play a huge role in this film, and his desire to consume Kylo Ren with darkness will be strong and persistent.

Palpatine is the big bad guy—is he the one who will try to work on Kylo Ren’s dark side weakness like he did with his grandfather, Anakin Skywalker? Is this another clue to the fact that Ben Solo is the rising Skywalker, since he is of Skywalker blood and may be rising to the light side after all, as Rey saw in him in The Last Jedi?

Star Wars fan and fan-artist Laura Martinez made a good point about where Ben Solo stands in this film: If Palpatine is the main bad guy, maybe Ben Solo will need to fight him with Rey, joining with her again as he did when defeating Snoke and the Praetorian Guards.

One of the main reasons Ben will be the Skywalker who will rise is the fact that Ben Solo is a Skywalker. He really is the successor of Luke, as he is the only descendant Luke has and wields the same power Luke did.

In the novelization of The Last Jedi, it showed Ben’s backstory of how his parents were afraid of him and sent him off to Luke. Ben was learning the ways of the light but Snoke sensed darkness and worked on him all the while, as Palpatine did. He had such strength, but when Luke sensed the conflicting feelings Snoke had stirred up in Ben, mixed with whatever conflict was already there (the same that worried his parents, causing them to neglect him at times and have visible fear that hurt him) Ben saw the betrayal of the only person who he thought believed in him. This is was what sealed the deal for him and caused him to take on the persona of “Kylo Ren” as he followed the dark lord that worked on him, who beguiled him, tugging at his weaknesses, fears, and insecurities. Snoke continued working on Ben Solo, but Ben could never truly get that light out of himself.

When Rey came into the picture, he was pulled to the light once more, as he now had someone to believe in him more than anyone else ever had. Ben never really had someone believe in him and believe that he was good, even before he was “Kylo Ren.” This was sure to impact him greatly when Rey saw the core light inside him and accept him for who he truly was. She saw that his future wasn’t set in stone, and she wanted to be there for him and wanted to help. 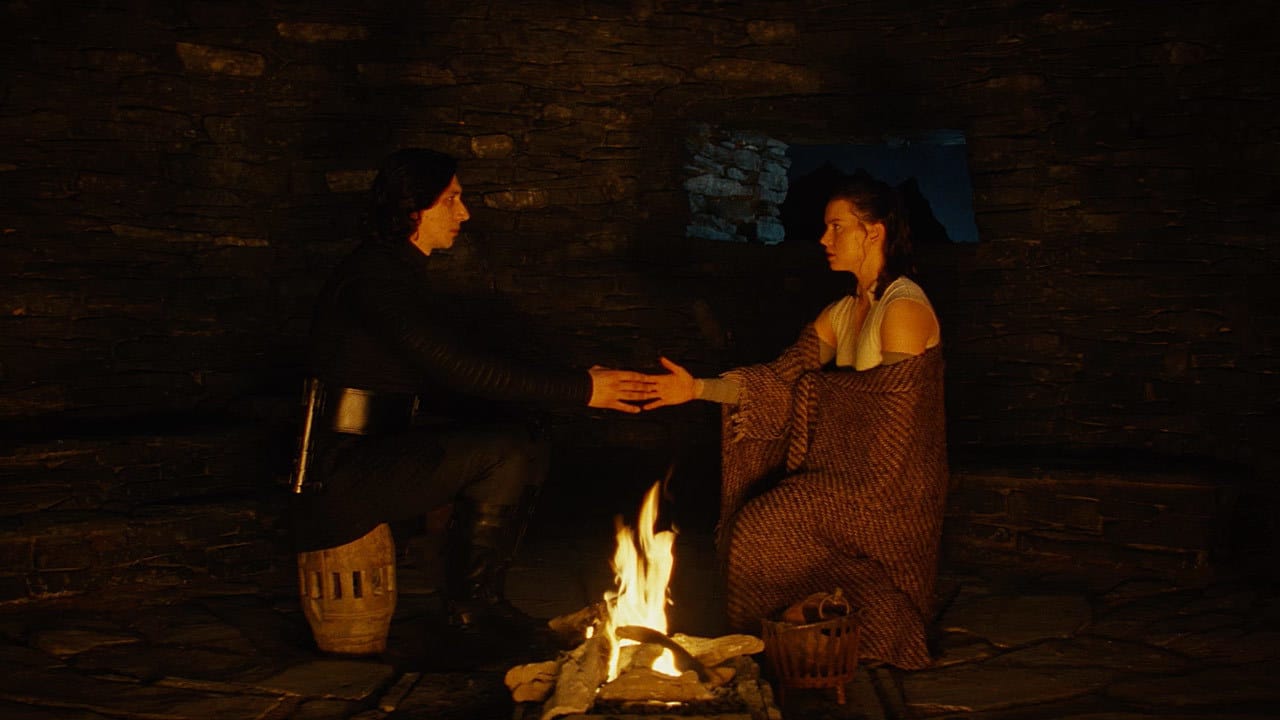 Rey still has that in the back of her mind—or maybe the forefront—that Ben Solo can turn, as she so vehemently told Luke in The Last Jedi. It doesn’t hurt that a romance seemed to spark between the two of them (maybe the slightly romantic music in the trailer was indicative of that?).

On that same note, there is a word on the internet street that Rey is actually training with Ben/Kylo in the opening scene of the trailer. We notice that she is expecting him, turns her back towards him, and runs then towards him and onto his tie fighter. This isn’t an act someone would do if they were going up against someone. His actions (if that is really him on that ship) aren’t of someone attacking someone either. No one is firing at her from that ship. They are working together rather than going up against each other. If that really is Ben Solo on that ship, there is a big chance that Ben will be redeemed by the halfway point in the movie.

As for Rey and why she is not a Skywalker, there are a few simple facts that come to mind right off the bat. The first one being that they wouldn’t reveal something that big in the trailer/as a title. Second, the titles and trailers are usually misleading (it would be too obvious if it were her with how the trailer focused on her as the successor in the Light Side). Last but not least, the music playing at the end of the trailer is none other than “Kylo’s Theme” (with a slight variation). (There is also some information in the novelization of The Last Jedi that shines some light on Luke not having children, but that is up for interpretation.)

It’s a possibility that Ben and Rey could end up together, but even if they don’t, their connection will influence the two of them in one way or another in this final film. Rey could help bring Ben out of the shadows and rise, helping him take on the mantle of being the Skywalker. Daisy Ridley mentioned in the Star Wars Celebration panel that the relationship between Kylo Ren and Rey will be in much more detail in this installment of the series, and there is even inside info that Kylo Ren is aware of his feelings for Rey (and this “weakness” could be what ultimately doesn’t allow him to immerse himself fully in the Dark Side and will help him see his potential of who he could have been had he had someone believe in him when he was young).

The story of this trilogy has been the opposite of the prequel series—with the Skywalker (Anakin and Ben Solo) turning from good to bad in the prequels and then bad to good in the sequels. It would close the circle and tie up what we’ve seen from Kylo Ren so far: Rey can turn him because they were both left alone, abandoned by their families, and she believed in him when no one else did.

Palpatine will try to turn him and finish what he started with Anakin, but the light in the Skywalker bloodline is too strong. They all come back again. Even Luke—who left the Jedi order and then came back to help them out in The Last Jedi. They all have their struggles between dark and light, but they return to the light in the end (even if it takes a long time to get back there). It would only make sense for Ben to do the same.

More likely than not, The Rise of Skywalker will focus on closing the chapter of the Skywalker family, showing that even in the darkest night, the Skywalkers will always rise to the light. Snoke wasn’t successful with Ben and Palpatine won’t be either (as he wasn’t successful in truly turning Anakin). Ben still has that conflict in him, and Rey left a lasting impression on him that will influence his destiny.

Emperor Palpatine was killed, but it was his laugh we heard at the end of his trailer. He either survived like Darth Maul did or was brought back somehow as either a demonic spirit of what he once was, or he could possibly be a clone of some kind (but it is likely the true Emperor Palpatine). Whatever form of Palpatine it is, he is back in some way to finish what he tried to start with the Skywalkers. If this theory is correct, Palpatine’s efforts won’t work. Ben won’t be able to be turned completely. If anything, he may push him closer towards being a Skywalker—a Jedi of the Light Side.

In The Last Jedi, Rey and Kylo Ren/Ben Solo started a relationship that joined both of their confused places in the galaxy together as they tried to figure out who they were. Ben Solo will likely not be able shake how he feels about Rey and may turn to the Light because of this and step up to help Rey (the opposite of what romance did for Anakin). Maybe Rey will be able to reach him somehow in The Rise of Skywalker that will help him turn (but it will definitely be a rocky journey there).

There are still so many questions. What will happen to Ben and Rey? Did someone resurrect Palpatine in some way—maybe Hux, now empty without someone to serve, wanting to finish what he started and was raised to do as well? Will the Knights of Ren make an appearance? Will Ben Solo be redeemed?

Whatever the answers are, we do know one thing: this final chapter will tie up an entire saga and be far from boring. We will find out who the title is referring to, but the leading theory is this: Ben Solo will be that Skywalker who will race out from the shadows and rise into the light.