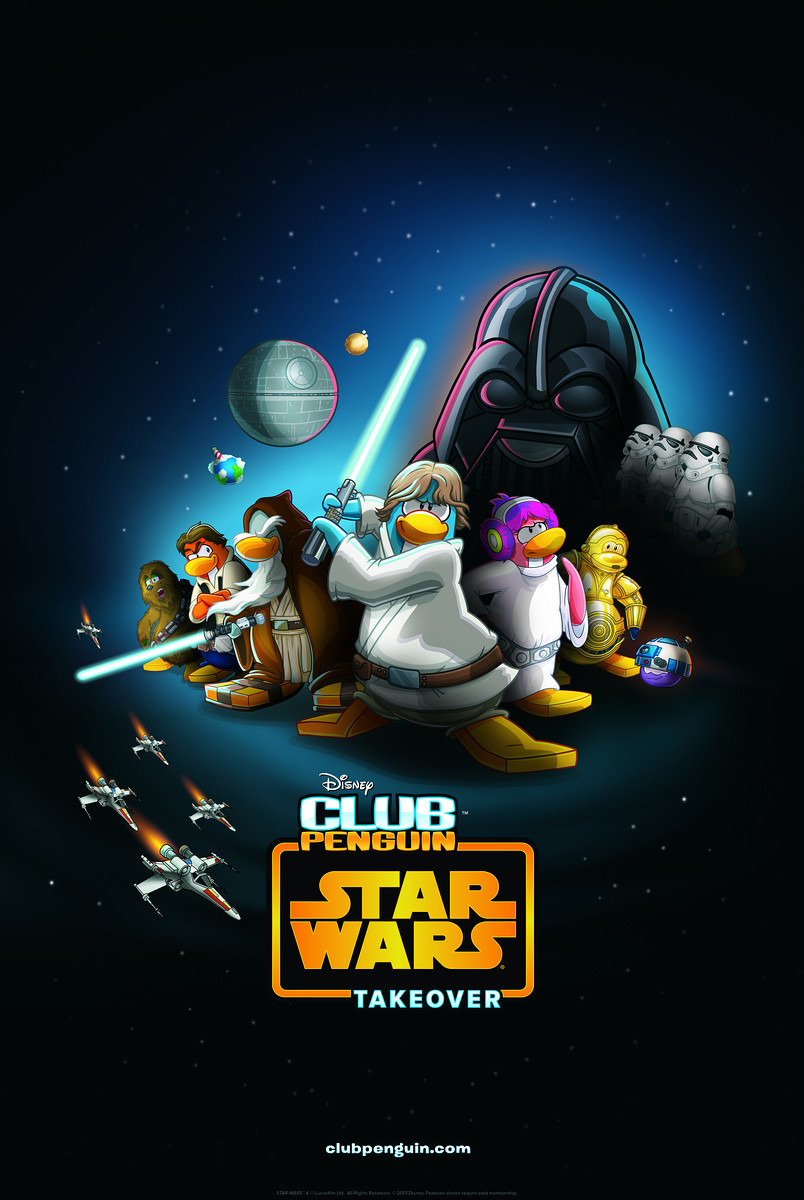 Get your little Padawan geared up for Club Penguin’s Star Wars Takeover! If you’re unfamiliar with Club Penguin, it’s a MMO world where you can take control of a penguin to play all sorts of mini games, and go on adventures. It’s the number one online world for children, and now it’s getting a makeover from a galaxy far far away. This is a great chance to introduce the kids to the world of Star Wars! 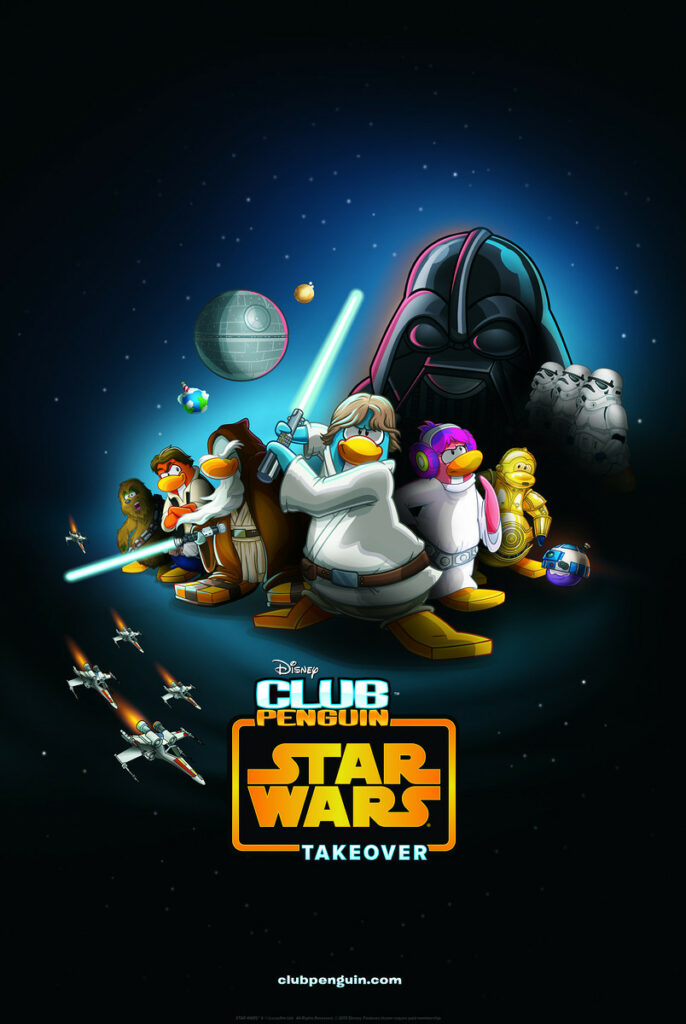 The Force is Strong With Club Penguin!

Starting today, July 25th , you’ll be able to don all sorts of Star Wars themed clothing and equipment. You can train yourself up to rank of Jedi Master, in order to thwart the ever villainous Darth Herbet. Take him down while dressing up as some of your favorite Star Wars characters like: C-3PO, Chewbacca, and Princess Leia. Best of all you’ll have a whopping three weeks to explore the amazing world of Star Wars with Club Penguin.

The Star Wars theme hasn’t just come out of nowhere. It is a response to the communities demand for that sweet lightsaber swingin’ action. The Vice President went on to explain how it came to be:

“The Force is strong with the Club Penguin community, and Star Wars is by far the most requested event we have ever seen from our fans.” said Chris Heatherly, Vice President and General Manager, Disney Interactive Worlds. “This is the biggest takeover in Club Penguin history with an epic size and scope!”

You’ll get the chance to take your Padawan Penguin to Tattoine, in order to complete your Jedi training. Train in duels against other Padawans as you increase your power and get cool new items. Your Jedi training alone may not be enough, so you can meet the Millennium Falcon on Club Penguin Island and join forces with the rebel alliance. When you’re not off saving the galaxy from the dark side, you can role-play with other force powered penguins in the Cantina, Sandcrawler, and Mos Eisley club rooms. 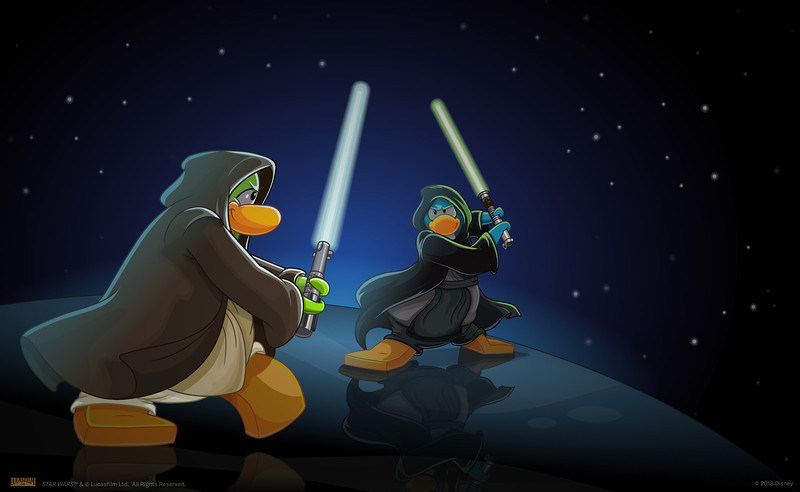 You’ll need all of the training and backup you’ve mustered to take down the Deathstar, and Darth Herbet for good. Pilot an X-wing fighter, take out TIE fighters, swing a lightsaber, and a whole lot more over the next few weeks with Club Penguin. You can train with the most powerful Jedi around, and collect cool Jedi robes, beard, Darth helmets, and all colors of lightsabers along the way.

If there was a way to get your kids into the love of Star Wars that we all have, then I’d have to say this is a pretty good one. Not only will they get to participate in the largest online community for children to play games, but they’ll learn about that galaxy far far away that we all love. Hop a ship from Tattooine with all your favorite characters, and make sure to help keep your child from the dark side of the force with Club Penguin.