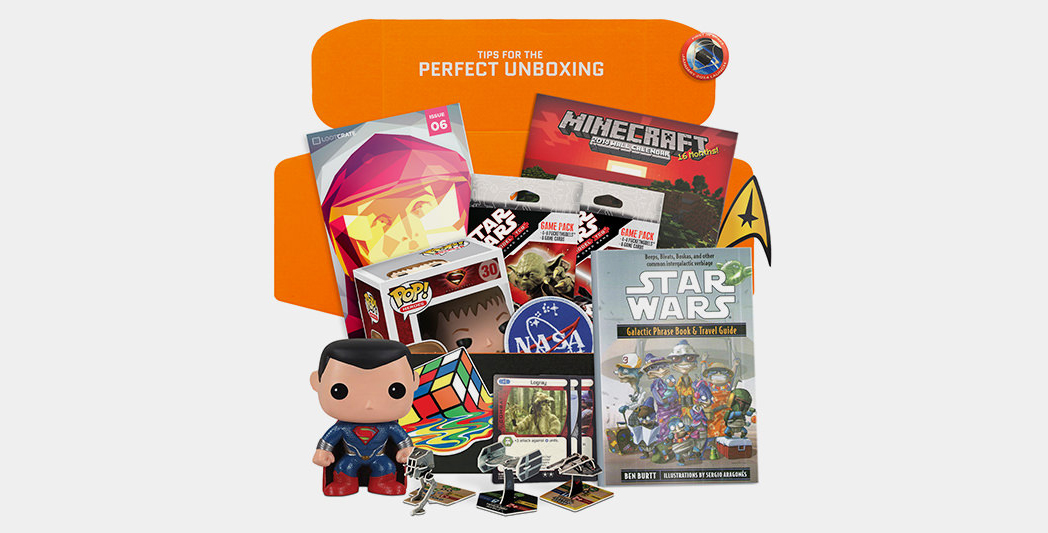 When I was a kid, my family moved halfway across the country. My parents had a weird way of dealing with the hardships and confusion that comes with transplanting yourself in a strange new place—they joined a Wine of the Month club. I didn’t get it. Once a month, a box with two bottles of a random vintage would be shipped to the house. I’d watch them both crowd around the box and rip into it like kids at a birthday party, watch them ooh and ah at the beverages, then try a taste and excitedly discuss their experience. “What’s so exciting about mail-order wine?” I thought. “Why not just buy a bottle from the store?”

Now, thanks to a monthly subscription box service called Loot Crate, I understand. It’s like a monthly surprise, something new every 30 days; something to eagerly look forward to. What’s not to love about a mysterious present in the mail every four weeks? What could the downside to a monthly mystery gift that’s created to appeal directly to your taste and introduce you to exciting new products in your line of interest possibly be? It’s the anticipation of a really great letter, the wonder of unwrapping a surprise gift from a friend who knows your taste, and the joy of finding a new favorite product all in one.

That’s exactly the sort of excitement that the folks at Loot Crate have packaged and shipped to thousands of geeky subscribers each month since they started in July of last year. A subscription box tailored for the geek and gaming community, Loot Crate offers about $40+ of geeky toys, food, apparel, and other swag delivered straight to your door every month for an average of around $18.50 per month. It’s not only fan favorites and classics though—Loot Crate also does its best to introduce its subscribers to new items and to new companies making great geeky products that you might have otherwise overlooked.

“The way we envisioned it was the same sort of things you’d find at Comicon or that you’d wait in line two or three hours for—merchandise, swag, apparel, gear, fun foods—and for a very reasonable price, give that to you on a monthly basis,” says Chris Davis, one of Loot Crate’s co-founders. And they’re doing a great job at it. The quality of their boxes is phenomenal, sending out swag from companies like Funko, Wizkids, Valve, Shirt Woot!, and Kid Robot.

Each box is also packaged along a theme, such as the zombie-themed “Survive” crate that went out in October, just in time for Halloween. The most recent crate that went out was January’s “Launch!” crate, containing a variety of space-themed items such as Randomhouse’s Star Wars Galactic Phrase Book, a Star Trek command insignia wall decal, a Superman vinyl model from Funko’s POP! Vinyl line, a NASA emblem patch, and more. 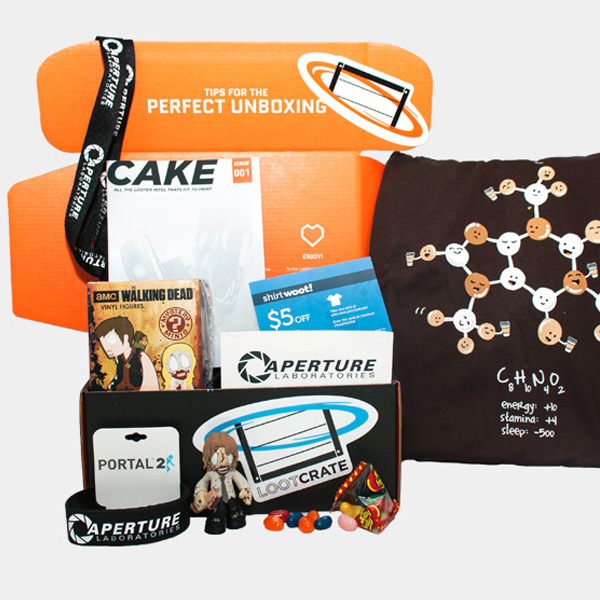 Not content to simply offer great crates loaded with unique swag, LootCrate is also looking into ways to give their subscribers even more ways and opportunities to snag cool stuff. “We think of ourselves as not only introducing you to things you love but [also to the] discovery of new products,” says Davis. “Subscriptions are one thing but we’re also looking into all kinds of fun ways to get unique opportunities and offers, awesome products, deals for brands we love, outside of just that monthly box. So we’re looking to a bunch of different routes for offering ways for you to discover awesome things.”

That sense of discovery and excitement LootCrate has worked on perfecting has made its subscribers not only passionate about their service, but passionate about sharing their LootCrate experience with others. Posts on Twitter, Tumblr, YouTube video series and more have all popped up specifically for fans of LootCrate to share their swag and unboxing experience with the world. “Very early on people began unboxing their products and showing off their loot crates and the items that were in there, some of them even creating YouTube channels where that was the only video that they did, and that’s when we knew we had something special,” says fellow co-founder Matthew Arevalo. “They were excited enough they had to go and shoot it, take photos, and share it online.” Even the Geek Insider staff had to get in on the unboxing action!

It’s amazing to think that a company that started only seven months ago at LA Start-Up Weekend has grown from sixty subscribers to subscribers that number in the thousands, but can you really be surprised? Geek consumers know a great product when they see one, and the community and buzz its happy customers have kicked up is proof that a great idea like Loot Crate with a great execution will get the support and chatter that it deserves. I encourage anyone with a passion for great quality geek gear who loves a good surprise to subscribe to Loot Crate and treat themselves to a great, fun value! And keep your eyes open for further Loot Crate unboxings from our staff!

Do you have a Loot Crate unboxing post or video you’d like to share? What loot would your dream box contain? Want to gush about your own experience? Say something to us in the comments!