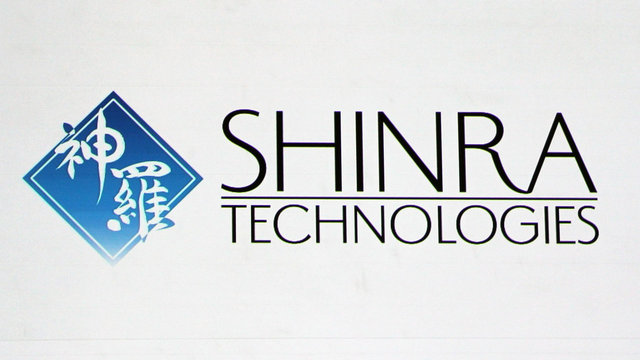 There are many, many mysteries in our world (and why this sounds like the opening of a bad fantasy movie isn’t one of them). Is there life beyond the stars? What’s at the bottom of the ocean? And what, in the name of everything technological, is the Cloud?

No, I don’t mean the formation of condensed water vapor. At least that would be scientifically explainable. It would make some degree of logical sense. But when even Hollywood movies are parodying the inner mechanisms of the Cloud, you know something’s up.

But this article isn’t about the Cloud or why I keep capitalizing it. This is about Square Enix.

Square Enix and the Cloud

So what does Square Enix, as the maker of popular game series such as Kingdom Hearts and Final Fantasy, and the Cloud have to do with one another?

For those of you who haven’t made it your life’s work to play the Final Fantasy Games—a poor decision we know you will soon rectify—Shinra Technologies is a reference to the villainous Shinra Electric Power Company in Final Fantasy VII. Hopefully Square Enix isn’t trying to send us a message.

For the moment, Shinra Technologies appears to have no such sinister motives. It’s just an innocent cloud gaming company. An early technical beta is expected launch in Japan in early 2015. US gamers will gain access at a later, currently unspecified, date.

Despite that wait, Shinra is confident in their abilities. As they say on their website, “Shinra Technologies, Inc. is the next evolution of gaming. Harnessing the power of a supercomputer in the cloud, Shinra creates a groundbreaking experience not possible with today’s current gaming technology. Shinra is not just what’s next. Shinra is the technological breakthrough that will propel the industry forward.”

Essentially, Shinra is utilizing original architecture to provide games running with the power of a virtual supercomputer. This opens the gateway to game performances unheard of for both PC and console gaming. Games are streamed as videos, and Shinra doesn’t even require any particular hardware to operate them!

At the Tokyo Games Show a few days ago, in addition to announcing a partnership with Ubisoft, Square Enix announced potential game offerings including the tech demo Agni’s Philosophy, Final Fantasy VII, Tomb Raider, and several others.

Shinra’s Plan for the Future

But Shinra doesn’t just want game developers to redesign their games and send them…upload them…ship them…get them in the Cloud. No, cloud-gaming is Shinra’s one small step for gamers, one large step for games. To boldly go where no game has gone before. A new frontier for the entire gaming industry. And all this with Shinra and the Cloud.

We’re sure Shinra are the good guys now, right?