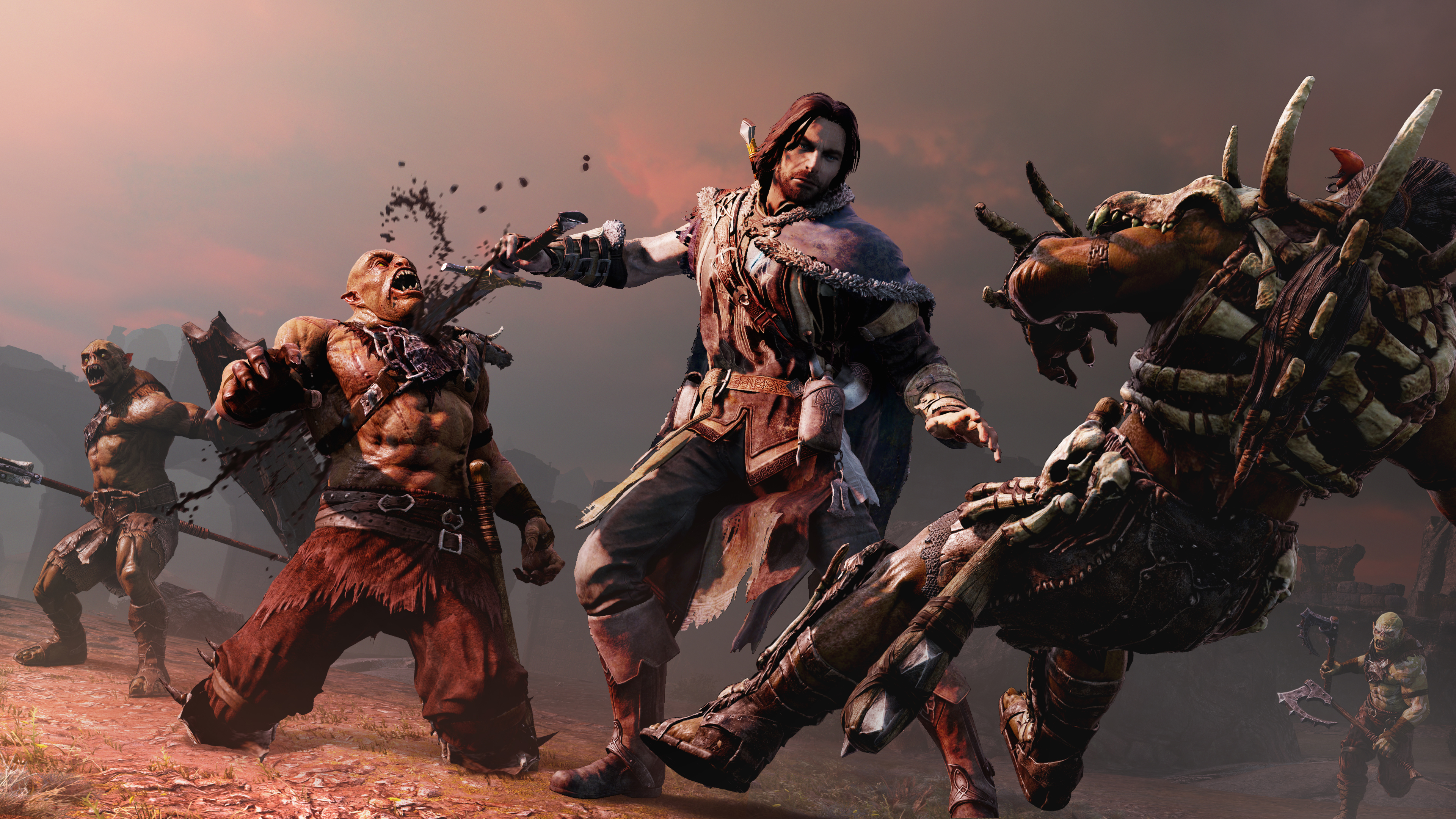 The spirit that is working with out main character has finally been revealed to us, and it’s a shocker.

New trailer for Shadow of Mordor – The Bright Lord

A while ago, it was revealed that there would be a Lord of the Rings RPG game that wasn’t based on anything that Tolkien had written, set between the stories of the hobbit and the Lord of the Rings trilogy. This title then became Shadow of Mordor, and the story of how the “Dark Lord” Sauron has taken over Mordor from its inhabitants, and one particular ranger who was based in Mordor is now fighting back. The ranger is special however, as he is assisted with the aid of a spirit, which has just been revealed to us in a CGI trailer. The role of the spirit is that he will grant our protagonist some of their powers, this being spirit form (invisibility), some weapons, the ability to control and manipulate enemies (predominantly orcs) to your biding and some other good stuff that will likely be shown in more gameplay videos. So what almighty spirit could do this? Well this trailer here will tell you:

Did you guess correctly? I’m going to guess not, as even if you knew the name, it’s unlikely you’d ever guess they’d be put into a game at all, let alone as a spirit.  The trailer also is kind of spoilery but feels to me like an early cutscene. I love that an old favourite character returns, especially as it is one of everyone’s favourite.As I’m already a big fan of the gameplay, a bit of a deeper look into the story makes me even more excited for the game. The trailer also shows us the link between the protagonist and the spirit, even if it is not in detail, it gives us some back story to the game and the characters. Unlike other Lord of the Rings games, as previously stated, this won’t be based on the books, so there won’t be the usual disappiontment when they don’t stick to the plot, or mess things up, because I don’t mean to sound stereo typical but book/film based games are normally a flop rather than a success. The fact that this seems to be a massively open world RPG with so many choices, suggests that the story will have a lot of depth and options, as RPGs are mainly story focused games.

Personally, I think this game looks fantastic so far, with gameplay being shown at E3 this year really showing off the engine and the game itself. The game will be released on Playstation 3 and 4, Xbox 360 and One, and thankfully on PC. this year, 2014, September 30th. This will likely then be the start of the season of games that is autumn to winter. What does everyone think? Will this game be fant(asy)astic or a flop? Do you like who the spirit is? Will it make a good addition to the Lord of the Rings legacy? Leave your comments below!

Patrick is a Sixth Form student who has a passion for gaming and technology. He also enjoys writing, in particular articles on his passions. He spends a lot of his time either playing games or nerding out over new technology. He also wants to become a game developer some day.