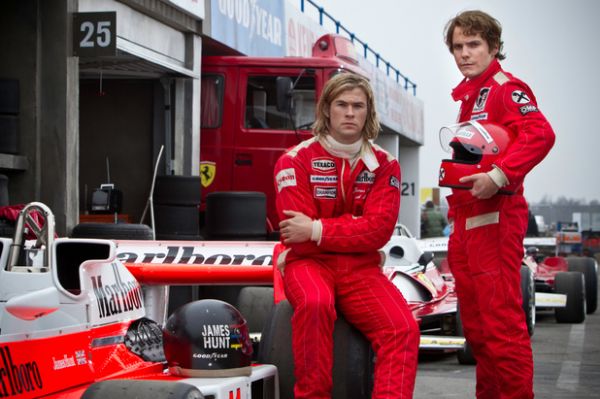 With the end of August as an indicator, it was clear that the new releases to come in September were not going to be a great draw. Historically September is one of the weakest months at the theaters, but browsing the list there are a few movies that will pull people to the popcorn lines. I can’t believe I’m saying this, but there are actually no superheroes starring in movies this month. What is the world coming to? There is however a variety of genres represented.

The Pot Luck of Release Schedules

With the monster success of “Fast and Furious 6,” Vin Diesel’s second franchise will be revisited. “Riddick” is the third release in the character’s series (fourth if you include the animated movie) with Diesel playing the title character. “Pitch Black” from 2000 and “The Chronicles of Riddick” from 2004 are the previous two releases. Both were moderate successes making slightly more than their budgets in worldwide grosses. But with a reasonable budget and a smaller, character driven plot, “Riddick” will be looking to cash in on Vin Diesel’s street racing pull.

If you haven’t yet, “Insidious: Chapter 2” may be the title to get you to stop doubting horror flicks at the box office. According to Box Office Mojo, the first “Insidious” cost $1.5 million to make and grossed $97 million. Director James Wan also released “The Conjuring” this summer and made $243 million off a $20 million investment. The plot for “Chapter 2” has the Lambert family from the previous film trying to solve a mystery linking their family to all the creepiness occurring around them.

“The Family” starring Robert De Niro has a family with mafia ties being forced to hide in France as part of the witness protection program. In the meantime they continue acting like mafia people and I imagine they’ll be found out at some point. With the trailers showing comedic violence and Tommy Lee Jones and Michelle Pfeiffer also starring, I imagine the project has some strong moments.

You don’t get release pairings as opposite as these two very often. “Prisoners” stars Hugh Jackman in a sort of domestic version of “Taken.” The movie is actually generating a bit of Oscar buzz with Jackman and Jake Gyllenhall providing the star power. It looks to be more of a dark thriller than explosive action film like “Taken.” I’m interested to see Jackman take a turn outside of a genre film.

“Battle of the Year” isn’t going to get nominated for anything, but if weirdest cast were a category they could probably grab gold. Josh Holloway of “Lost” fame stars as a coach recruited to assemble a strong hip-hop dance team to represent the United States in an international competition. Among the dancers are Josh Peck from Nickelodeon’s “Drake and Josh” and Chris Brown. Yes, that Chris Brown. There are some choreographing connections to the “Step Up” franchise, but this looks like it may be a mess.

At the end of the month we get this strong weekend. “Cloudy with a Chance of Meatballs 2” should do well with families as an established brand. But the original did come out in 2009. That’s a long time between animated movies. By then the summer cartoons will be gone so “Cloudy” should capitalize. The story has an island of animal-food creatures providing the back drop.

“Rush” pairs Thor himself, Chris Hemsworth, with director Ron Howard to tell the story of the 1970s Formula One racing rivalry between drivers James Hunt and Niki Lauda. Hemsworth plays Hunt opposite “Inglorious Basterds” standout Daniel Bruhl, who plays Lauda. Hemsworth is a long way from Asgard, but high drama, fiery crashes and a true story leave “Rush” one of the fall’s most anticipated films.

What September movies are you most looking forward to?