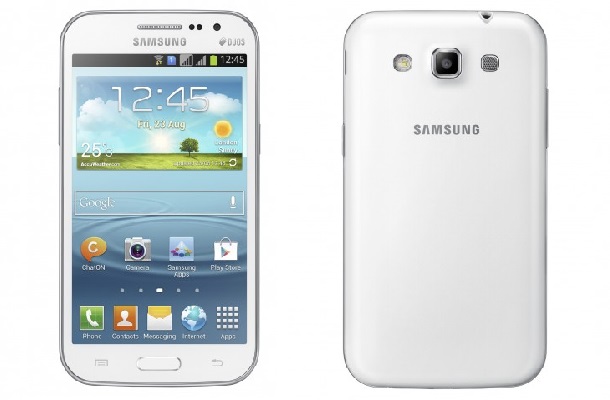 After the leaks last week, Samsung has officially announced (or admitted to) a new mid range device – The Galaxy Win.

Samsung China announced the device today, along with two other devices – the Galaxy Trend II and Trend II Duos. The latter two are entry level handsets – with a 4 inch WVGA screen and dual core processors.

Galaxy S4 Rooted Even Before Release

The Galaxy Win, on the other hand, will be powered by a 1.2 Ghz quad core processor and a 2,000mAH Li-ion battery. It has a 4.7 inch screen, and going by the photos, looks very similar to Samsung’s previous year’s flagship – the Galaxy S3. That’s where the similarities end, however. The win has only a 5 megapixel camera, and sports a rather disappointing WVGA display – which places this handset right in the mid-range category. Ever heard of a quad-core midrange phone? Worse, a quad-core with WVGA resolution?

The Win will also have 1GB of RAM, along with 8GB of internal memory – however that may depend on the market it sells in. There will be an expansion slot for a memory card as well – up to 32GB.

The phone will be running Android 4.1 Jellybean out of the box, with Samsung’s TouchWiz interface overlay running atop the OS, of course. Additional software and features include Samsung’s ‘Easy Mode’, ‘Smart Alert’, and ‘Motion UX’.

The rear camera can shoot video at 720p, and will have the usual customization options like Continuous Shoot, Best Photo etc. The specifications for the front camera have not been confirmed yet by Samsung. Don’t expect much there, though.

Samsung has described the phone as “an intuitive new smartphone designed to balance the needs of the on-the-go user with massive processing power, multitasking capabilities, and a compact design for ultimate portability.”

The phone will have 2 variants – one having dual-SIM support while the other will be the traditional single-SIM device. However, the availability of these devices will depend on the regions they are released in.

What is baffling though, is Samsung’s decision to pack a quad-core 4.7 inch device, with WVGA resolution and a 5 megapixel camera. What could otherwise be a high-end device will now be placed in the mid-range category.

There’s no information on the pricing or availability as of yet, but the phone will be hitting the Asian markets first.