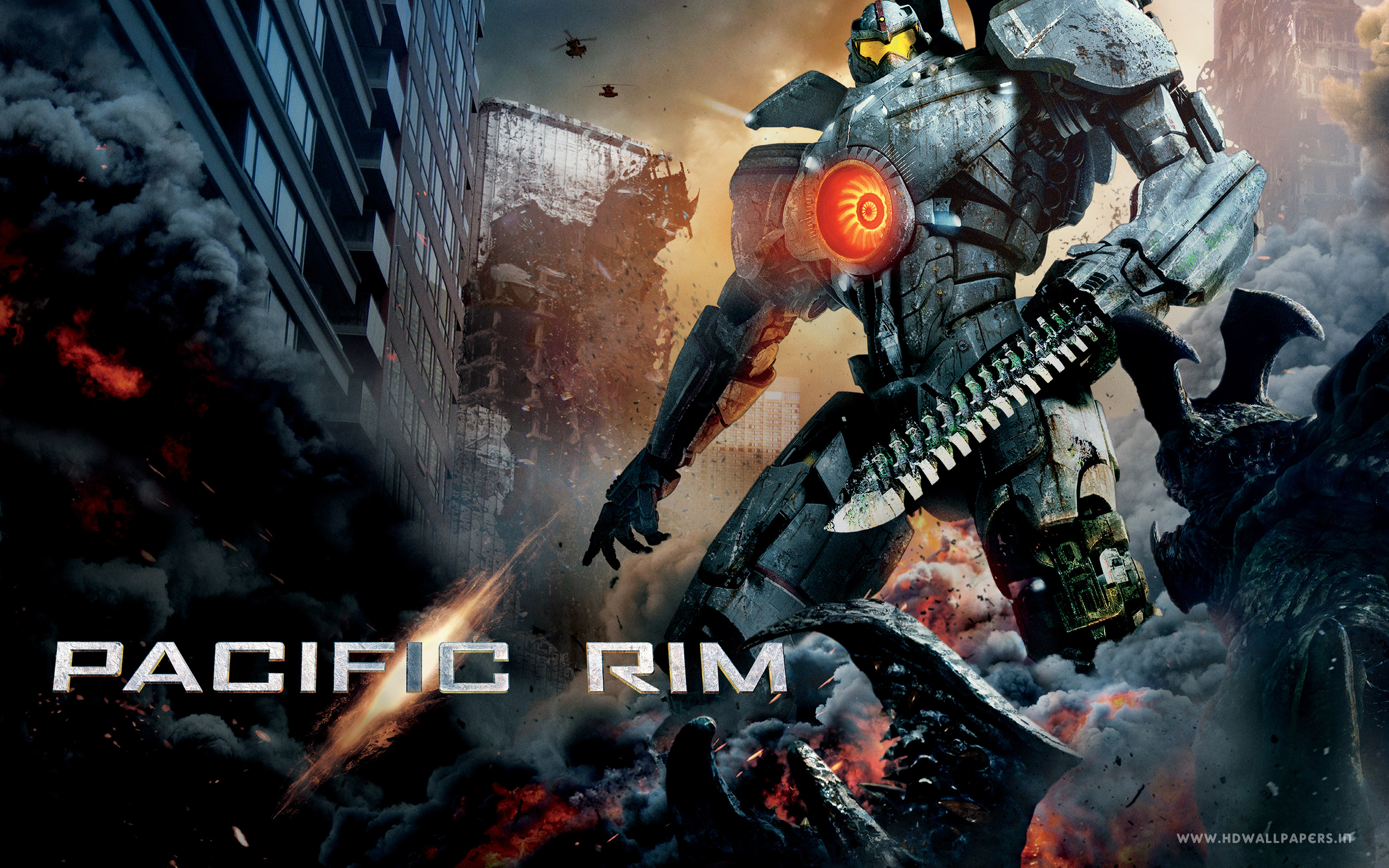 If gigantic humanoid robots fighting colossal monsters does not scream action and excitement to you, then nothing will. Action and excitement is exactly what Warner Bros. Pictures and Guillermo del Toro brought moviegoers with the blockbuster-hit Pacific Rim in the summer of 2013. del Toro has teased fans over the past year with the prospect of making a sequel and after much speculation a sequel was finally been announced via a YouTube video. “Pacific Rim 2” will release on April 7, 2017 and will release in 3D and IMAX. This is nothing short of terrific news for fans of the original film.

The first movie draws inspiration from Japanese movies and anime series featuring giant robots and monsters, like Godzilla, Neon Genesis Evangelion, Gundam, Gigantor and many others. Pacific Rim is set in the 2020s, a time where Earth must defend itself by using gigantic robots, called “Jaegers”, piloted by at least two pilots to battle Kaijus–giant monsters that travel to Earth through an inter-dimensional portal located at the bottom of the Pacific Ocean. Pacific Rim was not a box-office Titan in the United States, but it did gross $411 million around the globe. The film received generally positive reviews from critics, even the great Kanye West had nothing but praise for the film.

Guillermo del Toro has committed to making the sequel, Zak Penn and Travis Beacham will write the script with del Toro, and once again Thomas Tull and Jon Jashni will produce it. Thursday’s announcement did not set in stone whether stars Chris Hunnam (Raleigh), Rinko Kikuchi (Mako), Charlie Day (Newt), or Robert Kazinsky (Chuck Hanson) will reprise their roles in the sequel. However, del Toro has stated:

“The characters I love will return…Raleigh, Mako, Newt, Gottlieb and who knows, maybe even Hannibal Chau. But we are taking them into a fresh territory.”

Future Of The Series

“The main idea that we’re bouncing off is the fact that Newt drifted with a Kaiju brain, and all Kaiju brains are connected. We say that. They are like a hive mentality…We will have Gipsy 2.0 (one of the giant robots)…[and] you’re gonna see a merging of Kaiju and Jaeger.”

In the YouTube video, Guillermo del Toro also  announced that an animated series set in the Pacific Rim universe is also in the works and is scheduled to release in the USA prior to the release of “Pacific Rim 2”. Having an animated series as well as a full-blown sequel will allow for del Toro and company to expand in detail upon many of the unique concepts and themes introduced, but not elaborated on in the first film. The comic-book series will continue as well after a success of last year’s original graphic novel, Pacific Rim: Tales From Year Zero.

The first film set the stage for what can only be a fun ride going forward, one can only guess the sequel will be about kick-ass robots fighting Kaijus displaying amazing sights and battles. However, there is no question that when “Pacific Rim 2” comes in 2017 it will be bigger in every way.