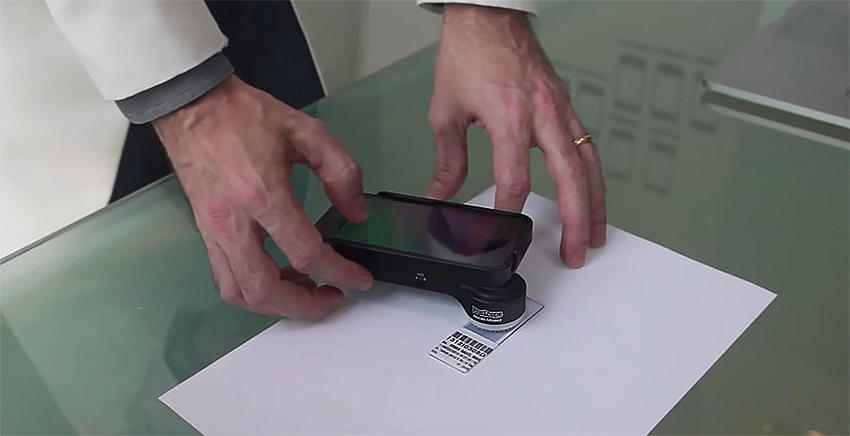 Mobile technology isn’t just for the “First World” any more. It’s made banking easier for people in Kenya and Uganda, enhanced political discussion in the Middle East and North African countries, and in general provides a cheaper, more convenient way to be connected for hundreds of thousands of people in countries where even landlines can be inadequate. And now, researchers have found a way to use mobile technology — specifically iPhones — to help fight malaria.

A team of researchers from the U.K. called IanXen has developed a toolkit for diagnosing malaria that can be equipped to iPhones. The kit includes a portable microscope, blood slides, and a lancet pen. An app on the phones, also developed by IanXen, will work with the kit and provide quick analysis of the blood samples collected. According to the team, the app can automate an analysis of a blood slide in less than a second, determining if the sample’s owner has contracted malaria. Quickly diagnosing and treating malaria patients is key to stopping its spread, says IanXen in their explanation for a mobile tech approach:

Prompt diagnosis and effective treatment are the cornerstones of malaria case management; patients recover rapidly if diagnosed and treated early. However, if treatment is ineffective or delayed, malaria may rapidly progress to severe disease.

This mobile kit allows doctors to perform diagnoses and travel from community to community much more rapidly than before. Normally, teams have to transport hefty medical equipment, taking up valuable time that could be spent diagnosing and treating more people. Technology like IanXen’s, if embraced by mainstream companies, could revolutionize the treatment of infectious diseases in the poorest regions of the world. But first, it has to get off the ground.

IanXen has launched an Indiegogo campaign to get this tech in the field, with an ambitious goal: eliminate malaria on the island of Bangka, Indonesia.

The funding is for deployment of the tech, which has already been developed and now needs to have its effectiveness tested, and that requires funding for personnel and transportation, among other things. On their Indiegogo page, IanXen gives some specifics on what they need to launch in Bangka Island:

[The costs of this project] include deploying the IanXen Rapid kit in four locations, paying those employed in order to deliver the project, travel costs and publications costs. Examples of the basic medical supplies needed are: packets of 70% alcohol wipes, blood lancets, the Giemsa staining solution, microscope slides, and deployment costs! It all adds up, but the cost is low relative to the impact we will be making on Bangka, let alone this project’s potential as a springboard to similar projects across the world.

The team hopes the successful funding of this project will encourage other groups to adopt it and more effectively fight malaria. Normally, because diagnosing the disease requires more time and resources, malaria is mostly treated for its symptoms, many of which are extremely common (fever, fatigue, headache, and so on). The result is that patients may be treated for malaria when they haven’t actually contracted the disease, stretching treatment resources thinner than they need to be and preventing teams from effectively eradicating it even in smaller communities.

A test is the only way to be sure a patient has malaria, and IanXen’s mobile diagnostic tech would be a significant stepping stone in more efficient and accurate management of malaria and other infectious diseases. The campaign’s page even specifies that, though this kit is only programmed to detect malaria parasites, the research team is looking into expanding this technology to detect other disease-causing parasites, and eventually viruses and bacteria.

To learn more about IanXen and their campaign, visit their Indiegogo campaign page here.