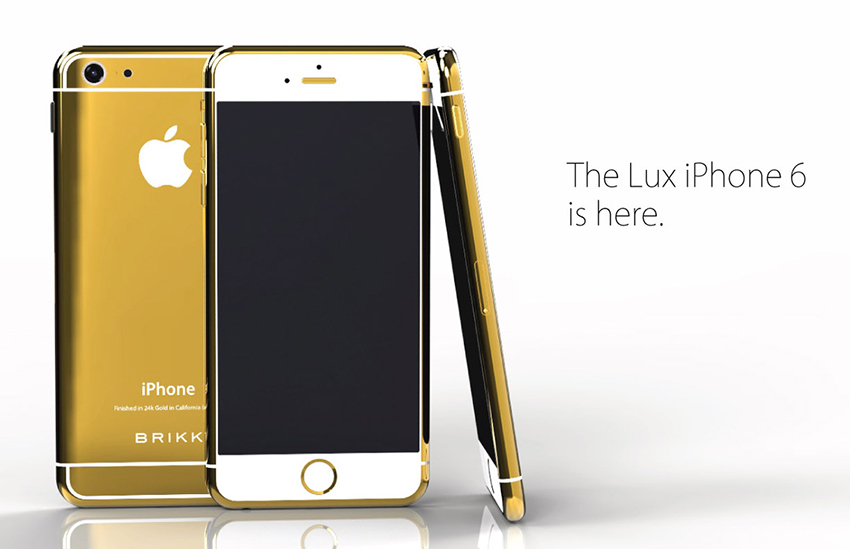 With the iPhone 6 release dated pushed back from the usual summertime announcement to (rumor has it) mid-September, Apple enthusiasts are understandably miffed. No word yet on what tweaks exactly lead to the push-back or when we will know the date of the new model’s lunch. However, you can already pre-order a version of the iPhone 6 without waiting for the release date to be announced — if you’ve got a few thousand dollars to spare, that is.

The official release date for Apple’s iPhone 6 hasn’t even been announced yet, but that’s a problem for the common rabble. A U.S. jeweller called Brikk has launched pre-orders for a precious metal-plated, diamond encrusted iPhone 6, even though the “regular” iPhone 6 release date is still a mystery.

Brikk’s “Lux” line of the iPhone 6, as they have named it, will run you anywhere $4,495 to $8,795 depending on your customization choices. The phones come in either platinum or gold plating, with an additional option to have the phone’s Apple logo completely encrusted in diamonds. The customized iPhones are disassembled by hand,  hand-polished assure no scuffs or scratches, plated with five layers of diverse metals, then finished off with their plating of either gold or platinum and the optional diamond-covered logo. The diamonds are also hand-set with a microscope, then attached with the company’s custom-made machines.

They will also individually test each device before it’s sent to “ensure it meets the highest quality control standards”, says Brikk. The phones are then packed in custom metal boxes with the user manual and all usual accessories.  To place the pre-order, a non-refundable deposit of $500 is required, after which a “Brikk sales consultant” will contact you.

However, though the pre-order for this deluxe version of the upcoming model will ship about 3-4 weeks after the official release of the “regular” iPhone, whenever that may be. So if you like iPhones that cost the same as a used sedan, whip out your credit cards and pre-order Brikk’s “Lux” iPhone 6 for yourself. Personally, I’ll take the used sedan.

What We Know About ‘Kingdom Hearts III’ So Far