The Redwall Series And Why It Changed Our Childhood 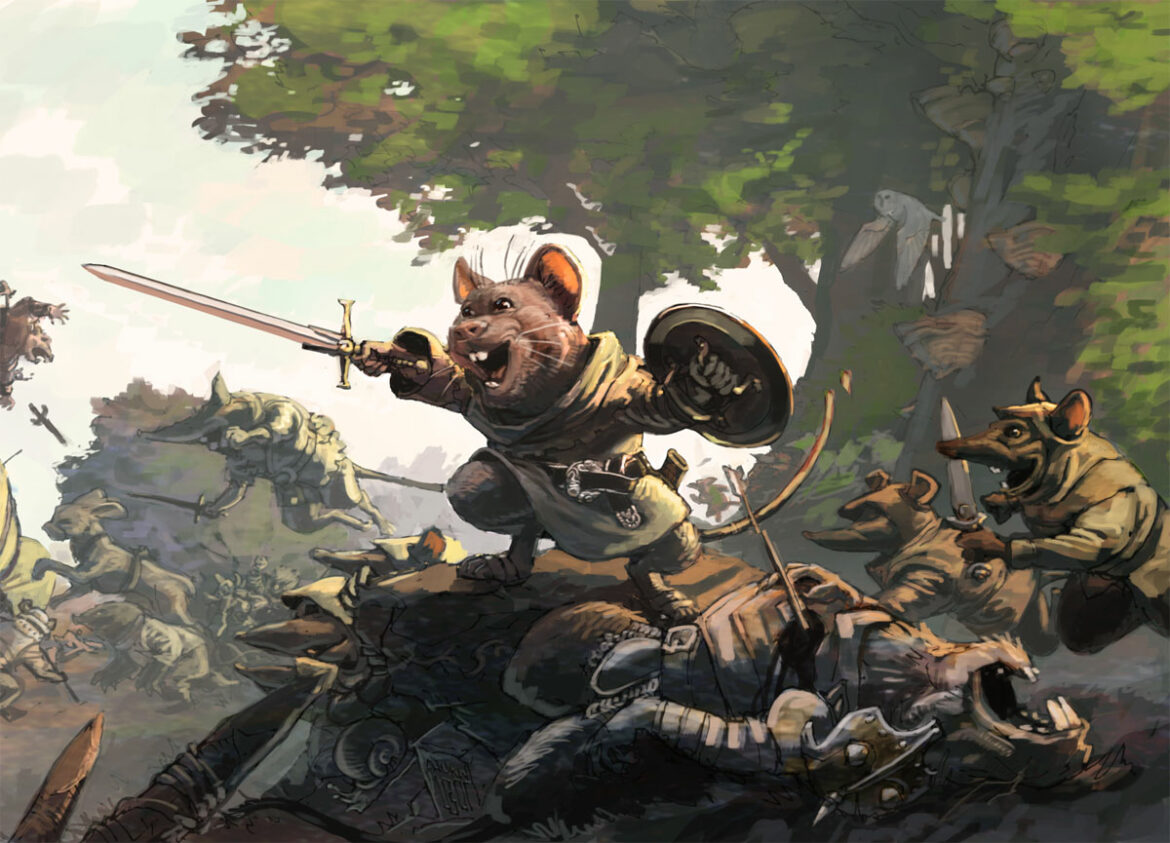 Redwall all began back when Brian Jacques was simply a truck driver in Liverpool. One stop on his milk delivery route was the Royal Wavertree School for the Blind. Mr. Brian became very fond of the children, and started writing them stories. Because they were unable to see pictures, he made the stories as descriptive as possible, using his words to feed their imaginations and allow them to see in their minds everything that was written. We thank Brian Jacques for his patronage to the school children; without his kind heart and desire to help we would never have been able to experience the wonderful world of Redwall all the way across the pond.

The series began with the publication of Redwall, the tale of Redwall Abbey, a quiet and peaceful place full of mice. They are enjoying the Summer of the Late Rose, until a one-eyed rat, the evil Cluny the Scourge, threatens them. He wants to take over Redwall, and is prepared to fight to the death for it. Backing him is a trained and terrifying army of rats, so he plans his attack. The mice have more courage and strength than he anticipates, and put up quite a fight. They know of a legendary weapon, the sword of Martin the Warrior, which could help them save Redwall. Matthais, a young mouse apprentice, must go on a quest to retrieve the weapon. Luckily, the inhabitants of Redwall also have some help from their woodland friends to defend their sacred place.

The series is full of wit and humor, along with adventure after adventure, as good battles evil. There are riddles, and of course, the unforgettable characters we all grew up loving and cheering for. It wasn’t until Alan Durband, Jacques’ old English teacher, read his stories and showed them to a publisher in secret. The publisher loved the books (probably as much as we do!), and immediately signed Brian Jacques as their newest author, with a contract for the first five books in the series. Durband even received a special dedication from Jacques in the front of several of the Redwall books.

The storylines and battle outcomes of good versus evil are often predictable, as critics frequently point out, but this is part of the allure of the series. Young readers can enjoy the books with comfort, knowing that the heroes will prevail in the end. It also makes the series easy to read because many of the plots throughout the different books follow the same pattern. Due to the ease of connectivity to the characters and stories, Jacques has been called one of the best children’s authors in the world. Children, like myself, were introduced to adventure stories and the concept of a series through the world of Redwall. The tales have even been compared to The Lord of the Rings, for kids.

Redwall is more unique than Lord of the Rings, and many other fantasy tales that were out at the time, because of the gender equality of the lead characters. The female characters can be just as heroic (or evil) as the males with whom they are paired. Several of the books, most specifically Mariel of Redwall and The Pearls of Lutra, star leading ladies. This was particularly enjoyable for me, a little girl wanting to relate to the characters in the adventure tales. The creators of the Harry Potter movie franchise knew to connect with a larger audience, they would need to up Hermione’s role in the story, taking a note from Brian Jacques about female involvement. They replace many scenes with Neville in the films for the lead female role of Hermione, which does change some of the plot elements, but ultimately was the smarter decision. The original books limit the story to focus mainly on three males, with an occasional appearance from Hermione.

These stories became important to all of us who grew up with them. It wasn’t as big of a pop culture craze as Harry Potter was in its heyday, but to those who read and followed the series, it had just as powerful of an influence over our lives. The books were not published in chronological order, which almost forced us to read and re-read all the books as new ones were released. The world of Redwall was contained not only to books, but also became a popular TV show for several years in the early 2000’s. The television show brought to life what we had been imagining all along. It was a very nice cartoon accompaniment for children too young to read, but wanted to share in an older sibling’s interests. Three of Jacques’ books were animated and aired on PBS: Redwall, Mattimeo, and Martin the Warrior. In 2000, before the release of Martin the Warrior, the first season of the show was edited and re-released as a made-for-TV movie. They cut out all the plot elements that were unfaithful to the books (such as that lame traveling circus bit). The stories became something families could enjoy together, regardless of age.

Adorable Starcraft II Mod Turns Everyone Into A Zerg Fan