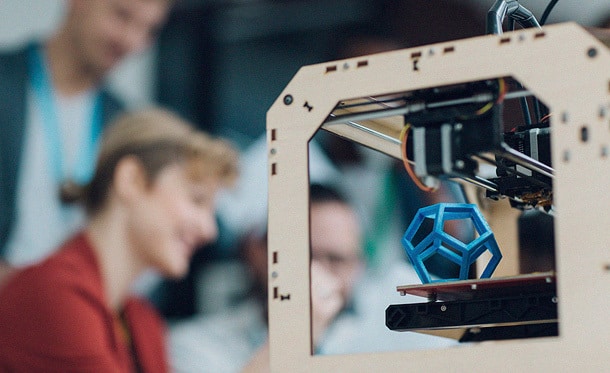 The magic of 3D printing has caught the public’s imagination, but it’s not as well known that there are some very real practical benefits from the printers currently available to everyday consumers. Here’s a rundown of their more outstanding advantages like saving money, saving time, saving resources, and adding a personal touch.

There are several ways a 3D printer can save money. First, printing an item at home can sometimes cost less than purchasing it at a store or online when taxes and transportation costs are figured in. A second way is by extending the lifespan of things you already have. A simple example would be replacing a cracked control dial for a microwave oven or the like. In these cases, modeling software is required along with a 3D scan of the original object. Scanning the object isn’t as hard as it might sound. A high-resolution digital camera, preferably a DSLR camera like those made by Konica Minolta and other manufacturers, is used to photograph the item extensively from all angles. The images are then transferred to a computer where free software like Autodesk Memento is used to construct a 3D file that’s sent to the 3D printer.

Just as a 3D printer can save money by eliminating shipping costs, it can also eliminate shipping time. This is particularly true if the item is small and doesn’t require a lot of sharp details. But even the numerous layers that have to be laid down for fairly large objects require less time than a one-day delivery run.

It’s pretty obvious that creating something at home eliminates the need to either run out and buy it or have it shipped, so there’s a lot less pollution without so much vehicle travel. The environmental savings don’t end there, though, since many of the plastics used in 3D printers are recyclable. Devices called filament recyclers let you take failed projects or support structures from 3D items and grind them into tiny particles that can be melted and extruded into new filament. This process works with thermoplastics like ABS, PLA, and Nylon. An alternative is to use plastics that simply biodegrade. Some options for this strategy include PVA that dissolves in water and HIPS that dissolves in limonene solution. There are even filaments made from coffee and beer brewing by-products.

Imagine having a shower caddy in the shape of a duck. If you have something like this in mind, it’s no longer a problem if you can’t find it at any stores. With a 3D printer, you can turn these kinds of ideas into reality. If you’re not sure how to bring an idea to life, there are free websites like Thingiverse that might have something similar. By the same token, 3D printing lets you personalize gifts for someone else. For example, you can create a set of coasters with the recipient’s nickname embossed on them.