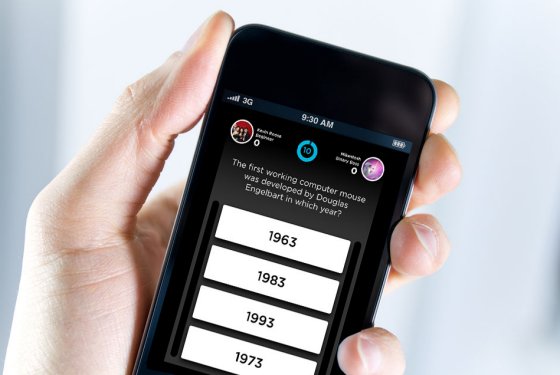 Think you know everything about your favorite book, TV show, movie, band, or game? Consider yourself a bit of a history buff or science nerd? A new app allows you to test your knowledge against other fans from all over the world. Released only four months ago by a developer called Plain Vanilla, the trivia app, QuizUp, now has over 10 million users on the iPhone alone. The iPad app that was released a few days ago will undoubtedly attract many more, and the number is expected to increase again when the Android app is released. The game’s popularity is hardly a surprise, as it is visually appealing, fast paced, and social. Users have hundreds of subjects to choose from and can play against friends or randomly selected fans from places as far away as Japan or Iran. 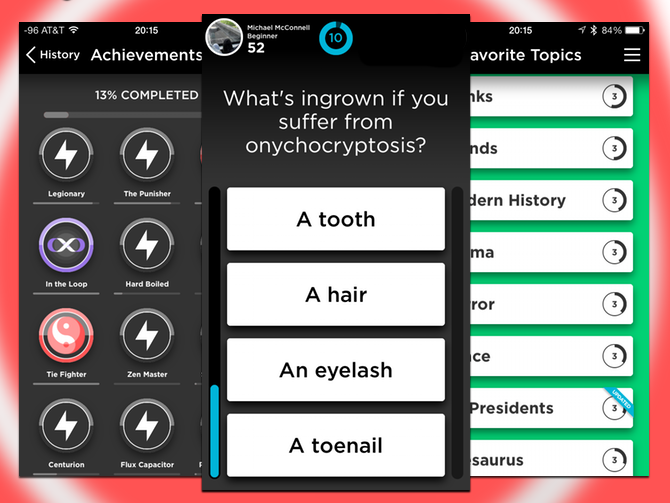 QuizUp is such a high quality game because it was made by geeks for geeks. The developer hired a content team who were knowledgeable on various geeky topics. This team then used already existing online fan pages and communities to help develop their questions. They were scrupulous about accuracy, well aware of how upset passionate fans can become about even small errors. The experts recruited from online communities would re-read or re-watch the source material to ensure the questions they created were spot on. QuizUp now has nearly 200,000 questions on 350 topics. Users can apply to become content providers and new topics are constantly being added with the help of enthusiastic fanbases.

So what made QuizUp such a success? The creators used the board game Trivial Pursuit as their inspiration and built on concepts from the Logos Quiz Games app. The app has been downloaded 30 million times in the two years since its release, but its quizzes only covered logos and it had no multiplayer options. QuizUp is a highly social game. Players compete against friends and other fans, and can chat with their opponents. There are places to discuss every topic and users can send friend requests to other players. QuizUp also caters to just about every fandom you can imagine. Just within the TV category there are 58 topics to choose from. Another plus is the new app’s easy-to-use layout and visual appeal. The bright colors, rounded shapes, and simple font create an almost whimsical vibe.

The appropriate questions, accurate answers, abundant social features, wide variety of topics, and appealing visuals make QuizUp a game I would recommend to any geek. You can become more knowledgeable about topics you are already passionate about and learn useful facts about things you’re still unfamiliar with. QuizUp has something for everyone. Even celebrities are getting in on the action. Sarah Michelle Gellar tried her hand at the Buffy the Vampire Slayer level, with limited success.

Playing #QuizUp on set answering #Buffy questions….I’ve only won one round and there might have been a language barrier. #sadforRealSMG

If that’s not proof that you might not know as much as you think you do about your favorite topic and that everyone can learn something new, then I don’t know what is. While useful for increasing your general knowledge, the number one reason to play QuizUp is, of course, to prove your brilliance. What good is knowing absolutely everything about your favorite subject if you can’t show off your superiority to geeks the world over?