From the creators of the highly acclaimed, and top grossing games, ‘Cut the Rope’, comes another spectacular title that is also highly addictive and fun game dubbed as “Pudding Monsters”. Although, the name might sound a little bit wacky at first, but believe me on this one, it is a great game and definitely worth a look. 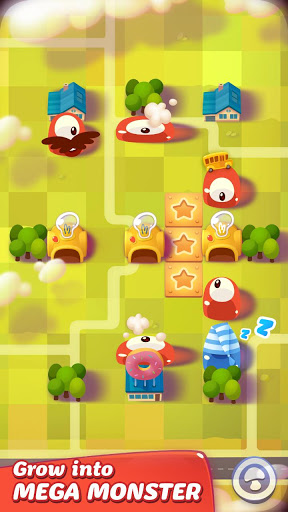 The game is unique and brings something new to the mobile gaming arena, unlike some other games that are stuck on the same gameplay and mechanics for years now. Pudding Monsters, puts you in control of several Jelly-like puddings that seek revenge against evil humans and want to retaliate.

They don’t like being eaten by humans, not a bit. So, in order to get rid of humans they devise a new plan, to become bigger by sticking together (Literally).

Gameplay is simple but fun and will keep you hooked for a decent amount of time. No fancy (frustrating) controls, just a simple swipe will do the trick. You have to slide pudding monsters across the screen and make sure they’re all stuck together. There are different kinds of puddings, No specific names for them but that won’t stop me from name-calling.

First we have the basic puddings, they work alone but want to stick together then comes the Drowsy ones, they’re asleep until you stick them with another pudding; and finally the band of puddings, they’re all in it as a team. If you move one, others will move in the same directions regardless of any obstacles or dangers. So, you must make sure that your moves are thought out before carrying them out.

At the moment, the game is a bit short on levels and that’s the only downside. It comes with 72 levels at first but once you finish the game, you’ll get access to three more bonus levels. So, that makes it a total of 75 levels, with 25 levels on each Page/Stage. The game also features unlockable achievements to keep it interesting and you’ll have the option to complete each level with 3-stars, it won’t be easy but you’ll figure it out eventually. 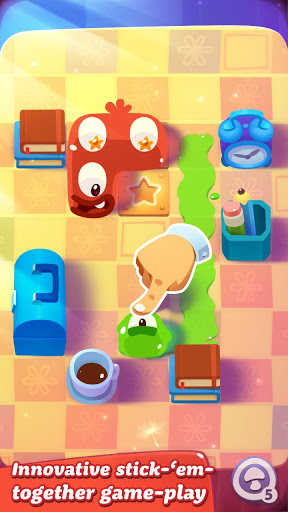 All in all, Pudding monsters is a fresh and unique game, a one of its kind game with cute graphics and sounds. You will enjoy the time spent on the game and it’ll leave you begging for more. Developers have made clear that more levels will be introduced with the upcoming updates, so that’s good news for people like me who have already completed the game. If you’re a casual gamer looking for something new and different than Pudding Monsters is a must have for you.

Give it a try and let us know how you feel about it.