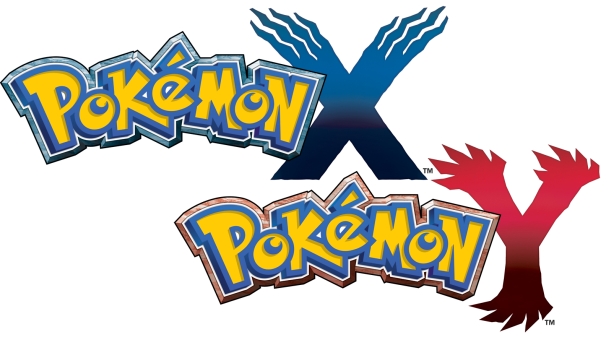 Pokemon used to be one of the few good Nintendo properties left. In the first ever simultaneous worldwide release of a Pokemon game, many veterans are going to pick up the newest installments, Pokemon X & Y, on October 12. Here are five things to hate about it.

Like previous games, X & Y introduces new battle modes, specifically, Horde and Sky battles. In a Horde encounter, five wild Pokemon appear to fight your one Pokemon. You get to send out one Pokemon at a time to stand up against an onslaught.

Like a normal battle, you only get one action on your turn. But get ready, because the enemy gets five. So, sit back, relax and watch your Pokemon get wrecked.

Enterprising trainers might be able to use this for effective training, but they lose a turn with every switch, which means that the new arrival comes in under fire. What is more likely is that you will need to use several Pokemon to even survive one of these.

The other battle mode coming in X & Y is Sky Battling, where only flying types or Pokemon with the levitate ability can enter. A “Sky Trainer” accosts you from their ledge, seeking human interaction, which you can pass on. These battles have to be optional, since the player may not have Pokemon that can even compete. It really only seems like a way to show off the game’s 3D capabilities. Or you can beat them, leaving them stranded on a cliff.

Players now can play with their Pokemon as a new way to raise happiness/friendship and gain certain combat bonuses, such as a higher critical chance. You will be able to pet, feed and play with your Nintendog — I mean, Pokemon. This mode uses the touchscreen for a lot and also uses the 3DS camera to let players mimic their Pokemon’s actions.

Hardcore trainers will use this mode. And it will be hilarious to watch them pet and play with their Garbodor or feed their Gastley.

Garbodor is made out of garbage. Hug time!

Still, is it even possible to play with Snorlax? Or is the game going to ask you to close your 3DS and cuddle with it for an hour? What about if the Pokemon has a really low friendship rating and refuses to even play? Can it refuse or is it forced play to regardless? These deep, haunting questions will, in all likelihood, not be addressed.

Continuing into another training method: Super Training. This allows trainers to raise their Pokemon’s Effort Values (EVs for those in the know) through a variety of mini-games. The games never explained these well, but like the Pokémon-Amie feature, they could see greater prominence. In fact, Pokemon X & Y will show the EVs of each Pokemon. This is terrible.

In previous games, players constantly battled in order to grow their Pokemon. Now, to be the very best, you need to fight, play and constantly train your Pokemon to make them the best, especially if you want to compete in multiplayer.

Ready to charge into battle with your Mega Evolved Charizard raining fiery destruction? Well, hold your Ponytas. To even be able to Mega Evolve your Pokemon, you need a key item, a held item specific to the Pokemon and then complete a yet unknown requirement. Not to mention evolving the Pokemon to a form that can Mega Evolve.

So realistically, it will be awhile before you even get to used it. Then the real question arises: why would you?

It takes a turn in battle to activate and can only be used once per battle. The return is a stronger Pokemon with changes to type and/or ability, while the moves set stays the same, along with level. If you use this in multiplayer, assuming you can (probably not), the opponent is going to counter with one of their own, resulting in a standstill.

I am going to make some predictions. You start out in a small town, get to choose one of three Pokemon (Fire, Water or Grass) and start off on an adventure that will lead to a final test to become a champion. Sound about right?

Formulaic can always describe a Pokemon game and really, any Nintendo release. Why not surprise gamers? Start us off with a different choice of starter, such as Fighting, Psychic or Dark. Switch up the back story, make us a formerly powerful trainer whose Pokemon were stolen by the local Team Whatever and must begin anew. This is closer for fans of the series, who created unstoppable teams previously, only to start over with each new generation.

Game Freak, you created one of the biggest gaming franchises ever. Let’s see a truly new game.