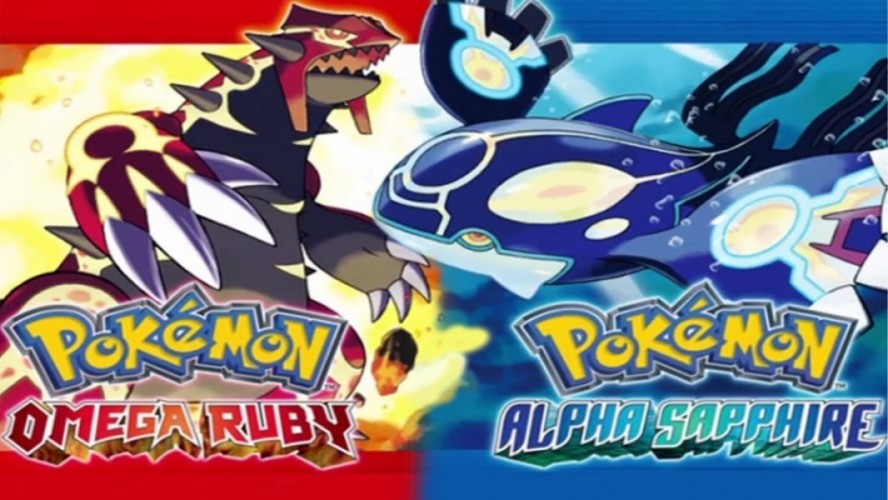 Pokémon is one of the most profitable franchises on the planet.  I love it, you love it, the little two-year-old who can barely talk loves it, and that middle aged virgin who lives down the street loves it too. It’s a perpetual money machine, constantly churning out more and more lovable monsters with their own card games, toys, and cartoons.  And even when you think you’re done, they remake the games you’ve already played ten years ago, and you buy it again anyway.  That’s because Pokémon isn’t just fun, marketable, and profitable.  It’s also nostalgic.  Pokémon taps into some visceral adventurous side of all of us that makes us want to journey across the region catching them all while training to be the very best.

So whether you like it or not, when Game Freak announced that they would be remaking Pokémon Ruby and Sapphire for the 3DS this fall, you got hyped.  We all got hyped.  Ruby and Sapphire were released in 2002 on the Gameboy Advance as the third generation of the series after Gold/Silver and Red/Blue.  The games were a much bigger departure with a whole new region and almost all new Pokémon to collect.  They introduced new elements such as double battles and contests on the surface and some new underlying mechanics such as natures and abilities.  They also had a more integrated plot with the fate of the world tied in rather than simply going up against a crime syndicate in your spare time as in the first game.  All in all it was a solid addition to the franchise and welcome for a remake.

However, the first two sets of remakes FireRed/LeafGreen and HeartGold/SoulSilver both had a purpose.  In order to fully complete the Pokédex in the new generation, you needed a new game that contained the old Pokémon.  Because of the Pokémon bank, you can already import all of the older generation Pokémon to X and Y versions without the use of these remakes.  So what’s the point of remaking them at all?  Are we looking at a cash grab without anything new to offer?

Well, an important thing to note in the very brief teaser trailer offered by Nintendo is the new designs for the legendary Pokémon Groudon and Kyogre.  Both have glowing symbols covering them that weren’t present in the initial designs.  This may indicate that both are receiving “Mega” evolutions, a mechanic introduced in the X and Y versions.  Also, since Blaziken received a Mega Evolution, it is not unreasonable to assume that the other two starter Pokémon might receive Mega Evolutions as well to balance it out.  In this way, the remake is enriching the game we love from the past with new content and game mechanics from the more recent games.   Pokémon Fire Red and Leaf Green also included exclusive new areas to explore, and as the trailer alluded to a “Dramatic New World” we may also find new locations in this remake as well.  Even from the small sneak peaks we were shown, we can gleam a good deal of ideas to speculate upon.

There are several parts of the original games that I hope survive into the new generation as well.  Contests especially were a fun and interesting side mission that had deep strategy to it, much like the regular game.  In it, Pokémon performed for judges with attacks and combos to try and outdo the other Pokémon over the course of several rounds.  It was unique and different but not gimmicky like some aspects of later generations.  I’m of course referring to the Super Contests of generation four which replaced the strategic game with a dress-up and dancing mini-game.  It would be nice to see the Contests updated for new attacks and combos.

I also hope to see the return of secret bases.  With the move secret power, a player could turn certain parts of the environment into a secret base, which he or she could slightly customize, and share when connecting with a friend.  This would be a great mechanic to update and it would work great with the 3DS’s street pass capability.  With this you could automatically trade secret bases with people you meet, allowing you to discover them in the game and battle a computer avatar with the real life player’s Pokémon.

Regardless of what new aspects are added to make the game feel fresh and what aspects are kept to keep the game nostalgic, Pokémon Omega Ruby and Alpha Sapphire are sure to provide the same quality game experience that we’ve become used to from Game Freak.  I’m looking forward to taking a trip down memory lane this November and I hope you’ll ride the hype train with me all the way there.