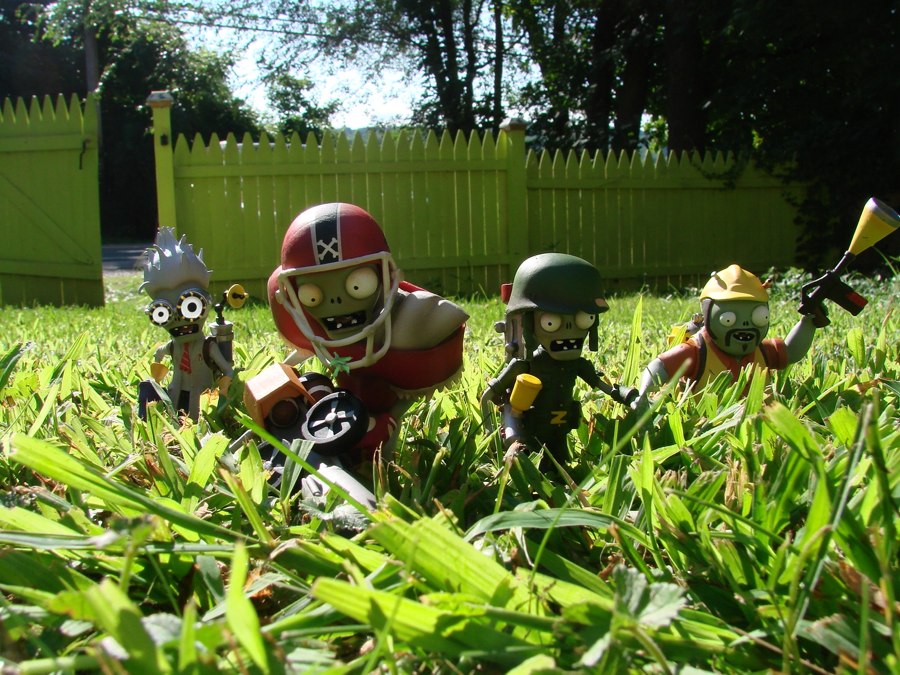 Geek culture references don’t have to spend decades making names for themselves, thanks to technological progress.

Diamond Select Toys, which sells a lot of geek-related figurines such as Fluttershy from “My Little Pony” and Lara Croft from “Tomb Raider,” has plans to sell figurines of the celebrated game “Plants vs. Zombies: Garden Warfare.” Although the website lists game-related items for sale, they’re only available for pre-order. The release date is announced to be somewhere in September, which is more specific than the “estimated” date in summer 2014 that is listed in the pre-ordering section of one of the items.

In a blog post, the company announced a contest where the winner will receive all of the slated figurines once they’re ready to be released into stores, both online and the more old-fashioned brick-and-mortar places.

Why now and not before?

Besides the fact that Diamond Select Toys is awaiting the figurines’ delivery to its warehouse, the goal of the timing is to coincide as closely as possible with the release of the video game “Plants vs. Zombies: Garden Warfare” on PlayStation 4. This video game was released in its PlayStation 4 form on August 19, 2014. Just like the highly successful “The Last of Us,” the video game “Plants vs. Zombies: Garden Warfare,” also known as PvZGW, was released on PlayStation 3. What makes it different from “The Last of Us,” however, is that it was also released on Xbox One, Xbox 360 and PC platforms. Regardless of video game platform, the game received a lot of accolades.

The game PvZGW is also more accessible to a larger number of video game users because of its ESRB rating, which is E for Everyone. It is a shooter game, but with bright colors and customization options that help make plant and zombie characters look spiffy and ready for battle. The Diamond Select Toys figurines are making a nod to the customizations in their future merchandise with zombies wearing American football helmets and plants wearing decades-old aviator helmets.

The facial expressions of these figurines show that the video game developers pride themselves on having created a shooter game that is “weird” and full of “refreshing humor.” One example of these off-the-wall descriptions is the potato serving as a dangerous mine. Usually, shooter games are serious affairs that contain occasional moments of comic relief through its dialogue and are full of doom and gloom, so this game took the video game genre in surprising directions.

Diamond Select Toys plans on releasing a few of the collectibles in Toys “R” Us stores, and mostly different PvZGW figurines in comic book stores. There are eight different types of figurines and tools that will be released into action figure sets next month and they’re called Minimates. However, eight other figurines will be sold in more regular packaging, though some of the names listed match the Minimates, such as Chomper and Scientist Zombie. In either case, to point out the difference between plants and zombies, the packages include an equal number of zombies and plants, which balances things out.

This is not the first time that fighting characters are released from the company’s warehouse. The company sells Tekken and Street Fighter characters in bundles. And in case you haven’t ventured into a Toys “R” Us store because you’re no longer a kid on the outside, this company makes it a habit of selling its items there.

The company sells some its items in the form of portable banks and bottle openers, but these plants and zombies are not designed to be used in either manner. They can serve as accent pieces, in the same way that Swarovski crystal figurines are displayed. Or they can be used in the traditional way that action figures are used, which means to make the most of the accessories and participate in mock fights.

Art vs Graphics: Our Expectations For Present and Future Games