I think that we can agree that the Internet was not short from imploding or spontaneous combustion when we all heard the news that Doctor Who star Matt Smith would be departing before the show’s eighth season. And then came the predictions. In between all of the lamenting and criticism were various names of actors that would be tossed around and debated as whether or not they were a worthy replacement. Matt Smith certainly had a lot to live up to following in the footsteps of the Tenth Doctor, David Tennant, but most fans agree that the guy did a stellar job. 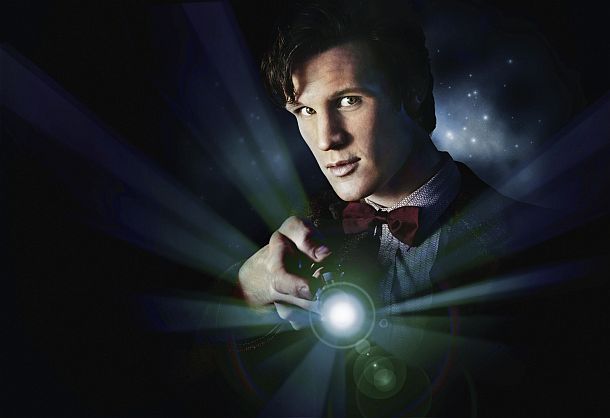 It was back in early June when we first heard the news and fans quickly jumped on the opportunity of Smith’s replacement as a woman. While Matt Smith teased the idea at this year’s Comic Con, several dedicated fans were against. However, countless others firmly opposed this negative stance and suggested a change with Helen Mirren, for instance. Showrunner Steven Moffat offered a few comments on why this might not be the best choice, though.

“It didn’t feel right to me, right now. I didn’t feel enough people wanted it […] Oddly enough most people who said they were dead against it – and I know I’ll get into trouble for saying this – were women […] [They were] saying, ‘No, no, don’t make him a woman!’”

Throughout the debate on whether or not we should see a female Doctor, bookies took their stances on different male actors. We heard Rory Kinnear, Domhnall Gleeson, Idris Elba, and Dominic Cooper as somehow linked to the show but all turned out to be false. When the Twelfth Doctor had finally been decided, BBC announced a live show on Sunday to reveal the identity.

The live Sunday show was chock full of retrospectives and a whole lot of “get to the point.” The half hour special brought out several actors who had made an appearance on the show at some point or another until finally, in the last 5 minutes, the Twelfth Doctor stood completely revealed.

I don’t know about you guys, but I’m actually rather excited that the Doctor is going be a bit older rather than someone like Tennant or Smith again. And it’s also kinda neat! Capaldi is currently 55, as of being announced as the Twelfth Doctor and William Hartnell just so happened to be the same age when the show first began. How cool seeing as though the 50th anniversary is around the bend! Capaldi’s also a lifelong fan of the show, saying that he used to pretend to be the Doctor when he was nine years old and on the playground. I, for one, am incredibly excited. And I think I know why. I like the concept of a character that can serve as a role model or someone that you could look up to. Knowing that the Doctor is going to be a tad older looking than his previous regenerations gives me that comfortability of experiencing a wiser person at work with the world. It looks like most fans happily accepted Capaldi as well.

This isn’t the first time Capaldi appeared in the show though. The episode “The Fires of Pompeii” featured Capaldi as Lucius Caecilius, a man whom Tennant’s Doctor saves. He’s also well known for his role as spin doctor Malcolm Tucker in the British political satire “The Thick of It” in which he is well known for some questionable slurs and a whole lot a cursing. I, personally, have never seen it but it sure was funny to look up some clips on YouTube of our new Doctor dropping F-bombs left and right. Hahahahaha. It makes me laugh thinking about it now! It looks like Peter Capaldi is simply going to be awesome! He looks like he could be the Doctor, he’s a longtime fan of the show, and I’m really excited to see how he’ll be interacting with Clara! We’ll get to see Matt Smith in just two more episodes before he regenerates into the Twelfth. David Tennant will make his triumphant return in the show’s 50th Anniversary Special as the Tenth Doctor and Matt Smith will depart in this year’s Christmas special.

What are your thoughts on Peter Capaldi as being casted as the Twelfth Doctor?