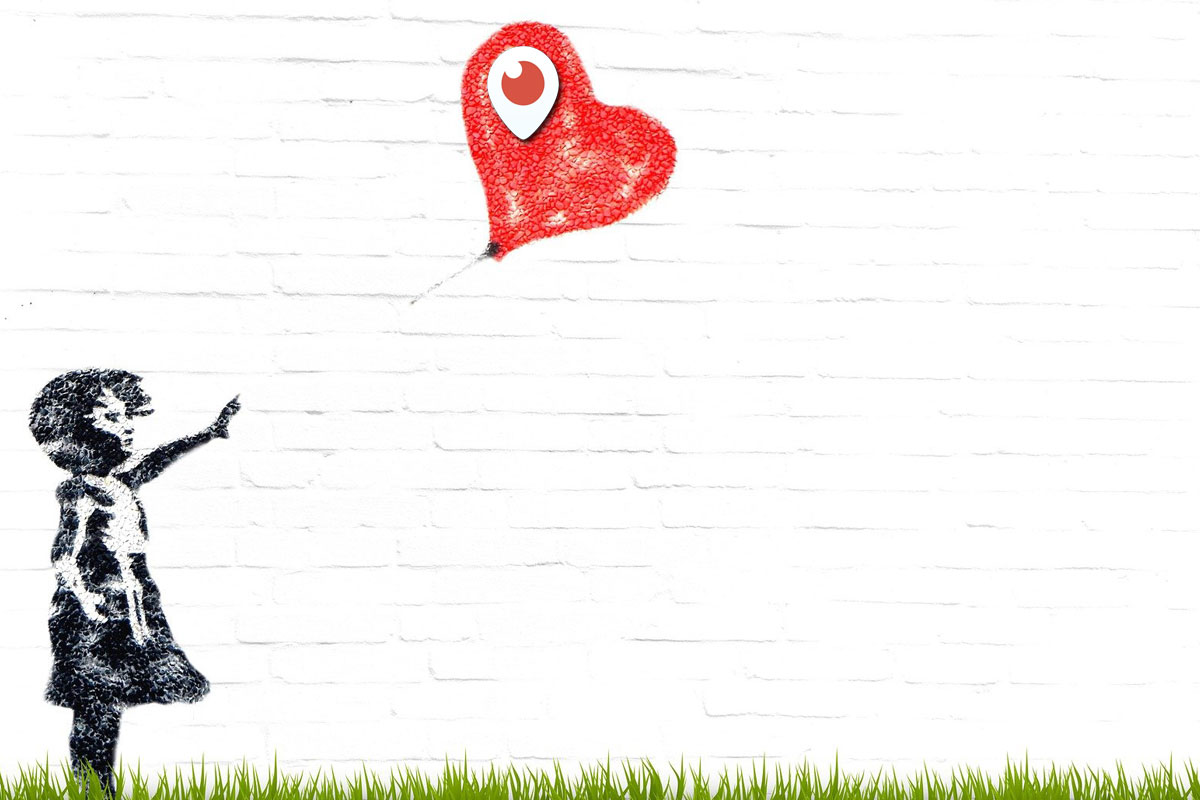 Periscope made a short announcement on their Medium blog stating that they will discontinue the mobile app on March 31, 2021. New account creation is no longer an option as of this report.

Periscope has been around since February, 2014. It’s been a popular destination for livestreamers, marketers, social media influencers, and vloggers of all calibers. This streaming app was acquired by Twitter in January, 2015 for a speculated price tag that ranges between $50 to $100 million. It launched on March 26, 2015, and in just five months, Periscope reported 10 million user accounts by August. By December of 2016, Periscope was fully integrated into the Twitter app.

Influencers, celebrities, and celebrity wannabes built up their fan base by “scoping” – many becoming Super Broadcasters with the ability to earn money by cashing in their Super Hearts. Naturally, people migrated to a platform where they had an opportunity to earn from their content creation.

Always on the lookout for the next thing, a lot of livestreaming content creators tried out apps like Meerkat, Blab.im, Busker, and other platforms but many of them never had the longevity to sustain itself. In some cases, the developers did not foresee the cost of mass user adoption. Server costs, maintenance, overhead costs, staffing, and copyright issues may have been the death knell.

A good friend Bobby Stamps (aka @BobbyShadow) from my Blab days sent me a link to a connect to his profile on a fairly new livestreaming app called HAPPS. The inspiration behind creating Happs comes from David Neuman, the co-founder and chief content officer of Happs. In an interview he stated that when the bombing of Manchester Arena happened in 2017, he thought that live news reports from individuals already at the scene would be compelling coverage.

Happs loves independent reporters, or citizen journalism, but there will likely be a huge influx of users and alternative content creators who are seeking a new platform now that Periscope is closing down. The content ranges from watching quality content, crafting, news, and live performances, to every day walks through the park and vlogging.

Here is my invite link if you’re interested in joining Happs.

I’m already noticing people trying to game the “coins” because there is a tip economy that is built into the platform, but that is an article I’ll save for another day.

DLive is a video live streaming service founded in September 2018. I remember when it originally launched on the Steem blockchain but they have since migrated to the Lino network, and finally on TRON.

The content on DLive ranges from political “extremists,” vloggers, and a lot of livestreaming gamers. The appeal for blockchain-based livestreaming apps is that your content can never truly be erased because it lives on the blockchain. Of course, the user interface may highlight some videos over others, part of that may be due, in part, to popularity, votes, and tips.

If you’re into cryptocurrency, this may be a great way to onboard yourself into the blockchain realm. Naturally, I have an account there as well. I’m not as active because it seems very flush with gamers but I have a problem with apps – I sign up for them to lock in my username. (Yes, I need an app intervention!)

Twitch livestreaming was first introduced in 2011 and is a subsidiary of Amazon.com. The primary focus of Twitch was geared toward online gaming. ESports, creative content, and live music broadcasts have been huge however, recently, they’ve had to change their community guidelines because of an influx of users sharing copyrighted music and images. The slew of take-down notices finally made the platform take action.

While there is a way to monetize your channel, it takes quite a bit of networking and consistency to build a following that can get you to the milestones needed to begin earning money. In some cases, livestreaming influencers have been signed for exclusive livestreaming. I am not one of them, but you can find some of my content there too. Just look for merej99.

Keep the Social in Social Media

Wherever you go, remember that social media platforms requires being SOCIAL to grow your channel. Unless you have thousands (or millions) of dedicated people who will follow you from platform to platform, do not expect to be a raging success on a new platform.

There is no such thing as an “overnight success” unless you’ve hit the lottery or luckily posted some phenom trending thing that garners that many views. It takes work, consistency, a certain amount of REALNESS, and interaction.

People connect with people, not things. Livestreaming is a great way to introduce yourself to a new audience because they see you, hear your voice, and tune in to what you’ve got to say. Make it worth their time.

For more of my articles, please visit my author page and connect with me on my social media sites.