This is a sponsored post written by me on behalf of Ozobot for IZEA. All opinions are 100% mine.

As the parent to two girls (ages 7 and 2), I consistently worry about pretty much everything. However, in this day and age, one of my biggest worries is whether or not my children will be coaxed into a particular career/education field simply because they are future women. STEM education in the United States is not the obvious choice for most girls who are headed off to college. Blame it on gender conditioning, or just plain old disinterest. Either way, our girls are missing out. So, it was only natural for me to jump at the chance to introduce them to the (very) basic idea of programming and the languages that make it all happen. It also didn’t hurt that I got to play with tiny robots all day and still get paid. Without further ado, meet Ozobot!

Simplifying the Idea of Programming

One of the biggest concepts that Ozobot teaches young minds is that technology, like these tiny robots, requires special languages to be told what to do. While I did not delve into the deep stuff (C++, anyone?), I successfully explained to my kids that those colorful lines on the cardboard are what tell Ozobot where to go and how to behave. For us adults, Ozobot has been programmed to read colored lines (black, red, blue, and green) as a programming language. This allows any user with a few colorful markers to control the paths that Ozobot follows. Additionally, unless Ozobot is specifically told to turn right or left at any given intersection, a random logic algorithm will allow Ozobot to make the decision independently. Pretty neat, huh?

Apparently, I am not the only parent who is completely psyched about Ozobot and its educational possibilities. The creators of Ozobot have snagged a ton of awards for their work, including: 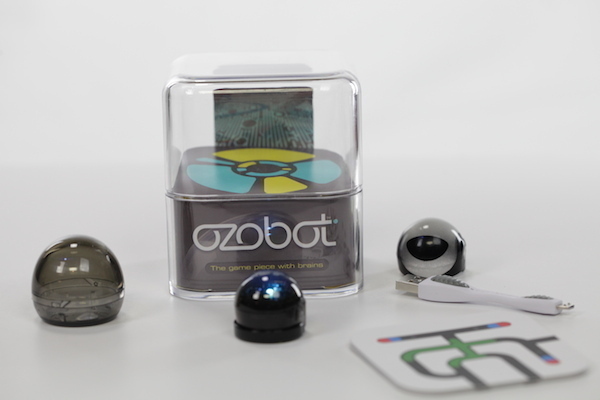 Use With Other Technology

Ozobot is not limited to operation with pen and paper. There is also a mind-blowing app that allows children to use Ozobot on the surface of your tablet (iOS or Android) as well! This is great for on the go, when traditional markers and paper might not be convenient. Additionally, you won’t have to worry about replacing batteries (whew!), because each Ozobot recharges with an included microUSB charger. 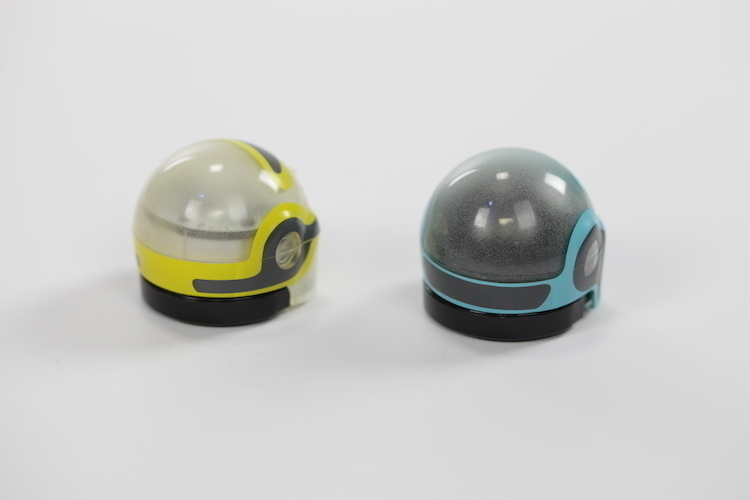 Taking It One Step Further

While my youngest girl was totally content with simply drawing lines and watching Ozobot follow along, my oldest is sharp, easily bored, and is usually ready for something a little more complex. Luckily, the creators of Ozobot included some challenging “brain teasers” that have children fill in the blanks on pre-constructed lines. This adds an additional deminsion to the programming aspect of the toy by allowing the child to problem solve. After figuring out what Ozobot needs to do, children will be challenged to figure out the best way to make it happen using basic programming skills. Here is one of the uncompleted brain teasers that we received: 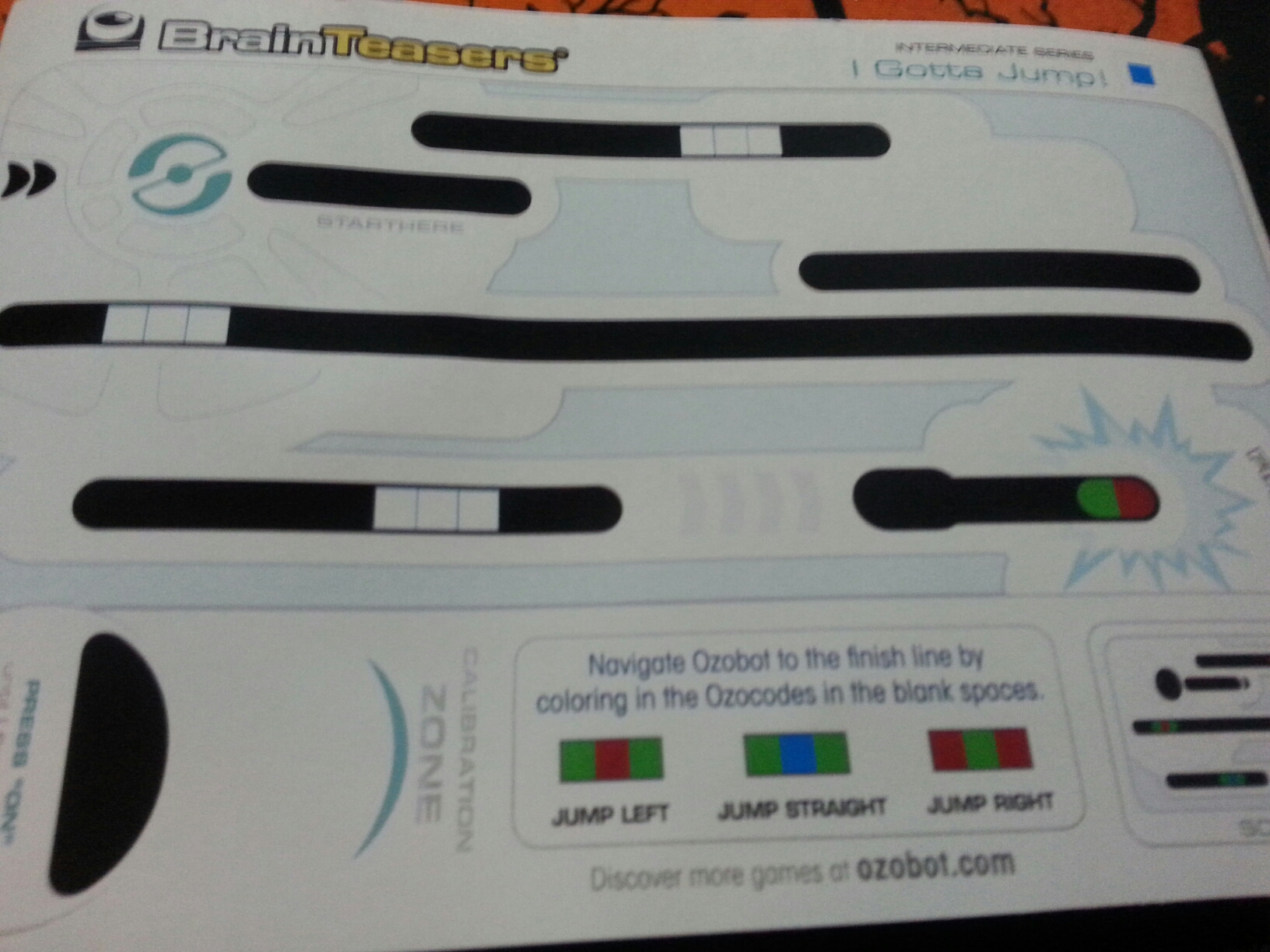 Investing in the Future

My advice to any parent who is trying to introduce fun, engaging amounts of STEM learning to their children at a young age, is that Ozobot should be first on your list. Not only is the “toy” aspect there to keep children excited and engaged, but the benefits are real! After our time spent with Ozobot, my oldest child and I had a lengthy conversation about how my desktop computer is a lot like Ozobot. We discussed the languages used to communicate with my computer, and how they are much like the language (colored lines) we used to communicate with Ozobot. Conversations, like this one, that pique interest in technology are priceless!

Learn more about Ozobot on their official site. and Purchase your Ozobot today!

3D Printing is Changing Healthcare Research By Leaps and Bounds