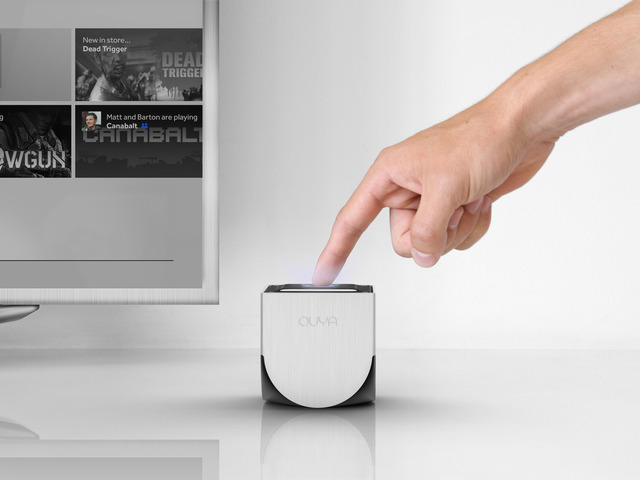 The headline breaking open-source console was officially launched on Amazon and Gamestop. Don’t go running over there to get yours too quick, because they’re all gone. In less than 24 hours both of the outlets found themselves unable to fill the demand for the little white cube know as OUYA.

If you were one of the lucky ones to get their OUYAs ordered, then you might have to wait for a bit to actually receive it. Many of the people who funded the original Kickstarter to get the project off the ground have yet to receive theirs. The Kickstarter OUYAs were all supposed to be shipped out by March, but as of yesterday there were still backers awaiting their Android console.

There doesn’t seem to be any word on when fresh shipments will be rolling in for the product either. OUYA founder herself, Julie Uhrman, seems unsure of when people will be getting their hands on her companies device. She has, however, laid the blame squarely on her Hong Kong distribution partners. She says that OUYA sent off all of the required systems to the distributing partner already, and that any failure of delivery falls on them.

Julie has come out to publicly apologize to backers of the project saying that she is “Pissed” that there have been issues with the distribution of the OUYA.

“I did not promise to ship to *most* of you before we hit store shelves. I promised to ship to *all* of you,”  Uhrman said in a backer only post on the OUYA kickstarter.

I, myself, am waiting to receive my console, but I wasn’t a backer. We’ve all been informed by OUYA’s Ken Stephens that when your OUYA has been shipped out of Hong Kong you will be notified about 10 days later via e-mail and,  “your OUYA will arrive within 15 to 17 days from that date.” So I’ll be strapped down here with the rest of you eagerly awaiting the arrival of my new toy.

All in all, it seems like the backers and public haven’t lashed out in the usual fashion. Perhaps people know that it’s harder for everything to go smoothly with such a small company at the head. I’m certainly more patient just because I feel like the OUYA could be forging a new path for console and game development. I’m happy to help them lay down that path, even if we’re running a bit behind schedule.

I think that we should be taking all of this as good news, instead of being disappointed. The OUYA is an open-source console backed by gamers that has somehow managed to make it big. Selling out at release is exactly what the Wii did, and they did spectacular in that console generation. I hope that the OUYA keeps selling out every time they get restocked. I want to the big companies to know that we’re all more than happy to put our money somewhere else, if it’s providing something we want. High sales will also encourage more developers to come to the console. Perhaps we’ll even see some triple A developers eventually.

It seems like the OUYA is turning out to be quite the success story. If it keep selling out like this, that just means we’re more likely to get better and better games as time goes on. I’m willing to wait a bit longer for mine so I can be part of the console that, I hope, will change the structure of the video game market. If you’ve got yours on order then stay calm, it’ll get there soon enough. If you don’t have one on order then you’d better keep an eye out, because you’ve likely got a long wait ahead.