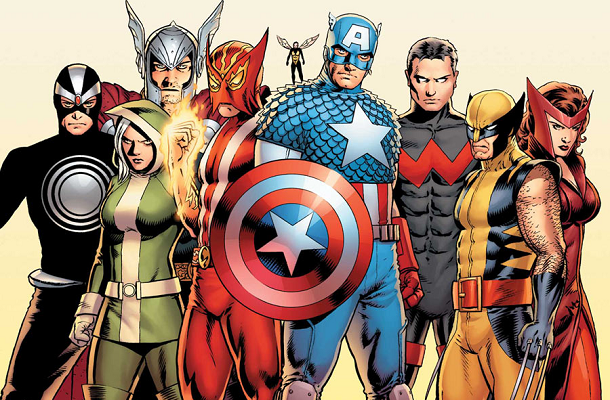 There’s no denying that the characters and stories held within the floppy, unassuming pages of comic books have shaped modern film, animation, pop culture and beyond. Even so, the world of comic book publishing still sits alone on the fringe of popular media and out of the public eye. 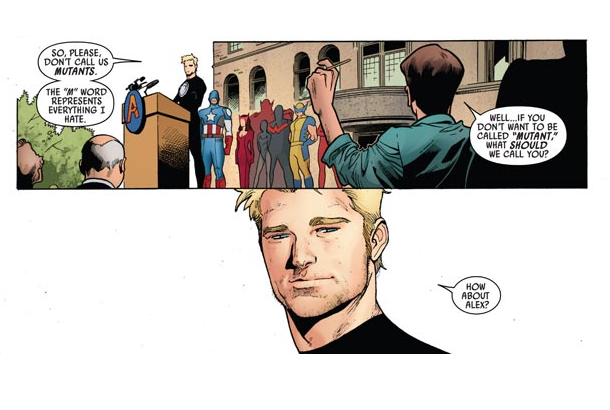 X-Men Fans Defend Marvel’s Mutants and What They Represent

A recent speech given by fictional Marvel character Havok, in the recently released Uncanny Avengers #5, has generated an incredible level of controversy. But why?

Because Havok referred to the word mutant as “the ‘M’ Word”.

While most popular X-Men and Marvel characters have remained static in terms of their personalities and allegiances outside of comic books, the dynamic comic Marvel Universe is in a constant state of flux. Therefore, to fully understand the “’M’ word” issue, here’s a very brief run-down of recent Marvel events.

Uncanny Avengers – Who are they?

The Marvel Universe has just experienced a major, world changing event known as “Avengers vs. X-Men”, which saw the two iconic teams battle it out over the return of the mutant generating “Phoenix Force”. Non-comic readers may remember Jean Gray obtaining the Phoenix Force in the popular 90’s X-Men cartoon, and in the film X-Men: The Last Stand; and will therefore be aware of its tremendous destructive force. As such, the Avengers fight to save the world from potential annihilation, whereas the X-Men fight to use the Phoenix Force to repopulate the world with mutants.

This story arc ends with Cyclops becoming the Dark Phoenix, killing Professor Xavier and Emma Frost, before indirectly turning hundreds of thousands of humans into mutants. Cyclops is eventually defeated and put into prison, however the increased level of mutants on Earth has permanently changed the Marvel Universe.

In response to this, Steve Rogers a.k.a. Captain America puts together a brand new Avengers team comprised of both super-heros and super-powered mutants. Lead by Cyclops’ brother, Alex Summers a.k.a. Havok, this new “Avengers Unity Squad” is intended to represent the assimilation of mutants into “normal” society. However, the recent actions of Havoc and the gang has raised many alarm bells throughout the comic reading community.

The Word “mutant” – Isolating or Empowering? 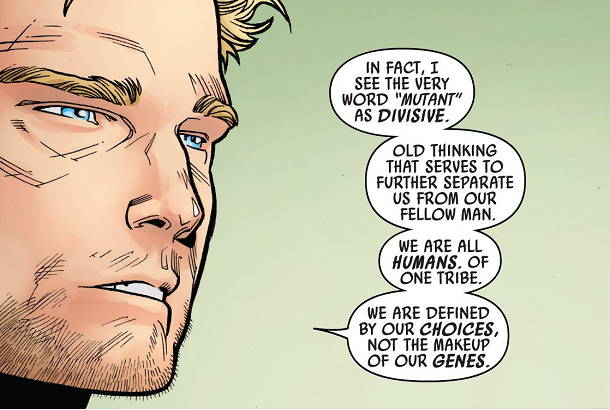 The controversy surrounding Uncanny Avengers #5 stems from the aforementioned speech given at the end of the book by Havoc, who refers to the word “mutant” as “the ‘M’ word”. He does this due to believing the word “mutant” to be too divisive and prefers to be referred to as a man alongside “non-mutant” humans.

At face value, Havok’s ideals could be considered commendable. As a fictional comic book character however, Havok’s message is the responsibility of Uncanny Avengers writer Rick Remender; and X-Men fans are far from happy with Remender’s choice of wording.

For several decades now, the X-Men comics, films, and cartoons have acted as social commentary on real-world issues of racism, anti-Semitism, conservative fears of ethic diversity, LGBT hate crimes and more. As a result, many readers now accept the X-Men as a metaphor for social minorities, with many members of these minorities identifying with Marvel’s mutants. Naturally, the idea of the voice of Marvel’s mutants denouncing his identity as a mutant and encouraging assimilation, rather than equality, has made many readers upset.

Writer Rick Remender is out of Touch with his Audience

Havok is indeed a fictional character, and it may be argued that his statement in Uncanny Avengers #5 was intentionally devised by Remender, so as to turn X-Men fans against the Avengers Unity Squad. Unfortunately, Remender’s comments regarding the issue suggests that as well as not fully understanding the significance of the mutant-minority group metaphor, Remender also does not appreciate his audience. 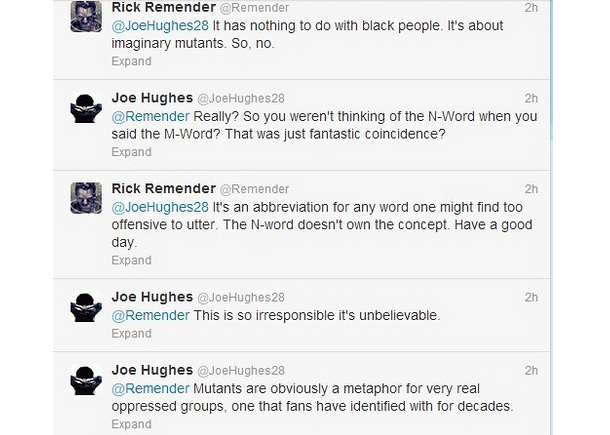 The arrogant behaviour that Remender has displayed via Twitter conversations with Uncanny Avengers readers, aptly shows his detachment from the mutant-minority group metaphor and indifference towards the entire “M” word debate. To the surprise of comic fans, Remender even felt the need to add insult to injury with further Twitter messages that are downright rude, as reported by Unleash The Fanboy.

Are Remender and the Uncanny Avengers Racist, or just Insensitive? 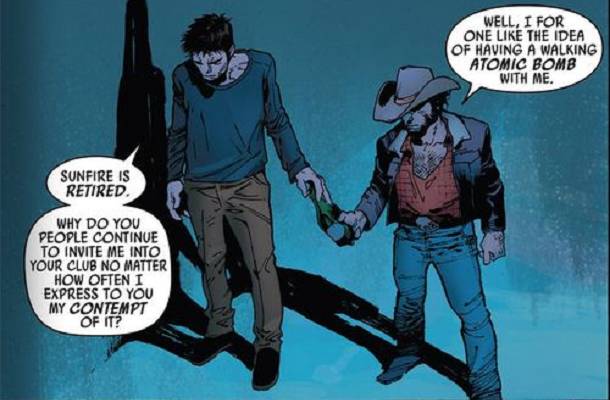 Uncanny Avengers debuted back in October 2012, but even since then readers have had concerns over the demographics of the newly formed team. For a group of heroes that are meant to represent the breadth and depth of humanity, the Avengers Unity Squad was initially comprised entirely of Caucasians; a team of Caucasians put together by the blue-eyed, blond-haired Captain America.

Later issues saw the addition of the only non-white character, the Japanese, plasma infused mutant Sunfire. But even his recruitment has come under scrutiny by readers.

Fan favourite Wolverine was the member of the Avengers Unity Squad tasked with recruiting Sunfire. Alarmingly, in his conversation with Sunfire, Wolverine refers to him as a “walking atom bomb”, which most would consider insensitive considering Sunfire’s mother died in Hiroshima. Sunfire, under Remender’s direction, doesn’t even flinch at Wolverine’s words and joins the team.

It’s difficult to know if the characters in Remender’s Uncanny Avengers have been made to rile up fans on purpose. It’s also difficult to know if Remender is racist on any level or if he’s just made an insensitive mistake. The veteran comic writer approached the issue of the debate, as well as his unsavoury remarks in a recent interview with Newsarama.

I want to be clear about one thing: Debate is fun and healthy. Debating issues can help spread awareness. I love debate and wish I had more time to engage in it, without it we stagnate and become complacent. I appreciate criticism, and I appreciate being shown when I am wrong in order to learn and get better at what I do and the way I think about the world I live it. My intent was not to shut down debate but was instead a poorly executed emotional reaction to some ugly labels being applied to me by strangers. I should have taken the higher ground, but didn’t. I own it and truly regret it.

Needless to say, his rude comments and downplaying of the mutant-minority group metaphor have struck a cord with comic readers and general X-Men fans alike. But what’s your take on the “M” word debate, and what does it mean to you? Let us know by leaving a comment!