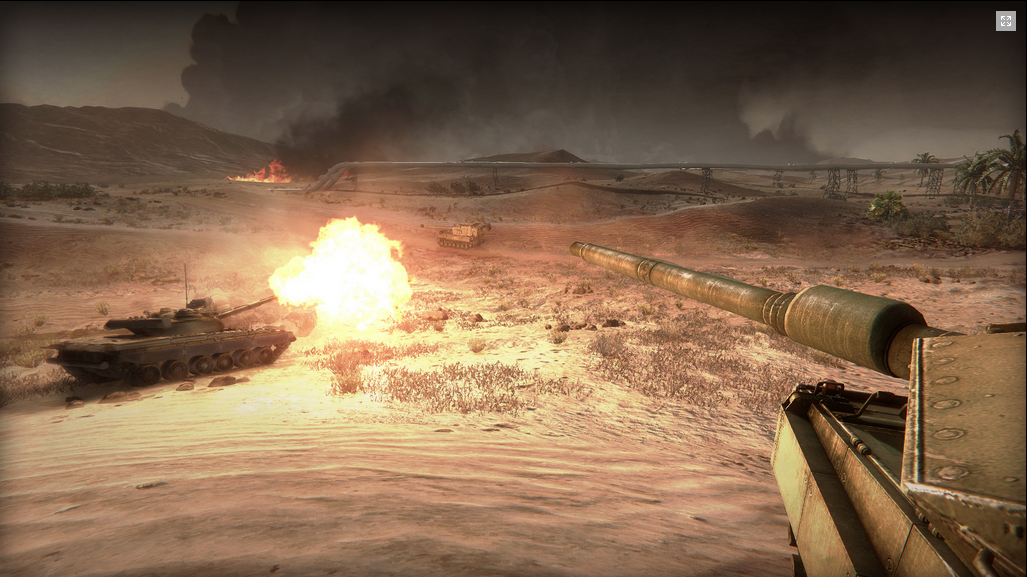 The developers of South Park: The Stick of Truth and Fallout: New Vegas released its announcement trailer for the free-to-play military MMO Armored Warfare.

According to the Armored warfare site it is a “a new free-to-play massively multiplayer online tactical military video game that puts you in control of some of the most incredible, modern destructive machines to grace a battlefield.” where you will get to “Drive modern tanks, armored vehicles and more in this strategic warfare shooter, and blow your enemies to smithereens.” Yes, smithereens. Who doesn’t want to blow there enemies to smithereens? Not to pieces but to actual smithereens!

“You won’t just be piloting these awesome vehicles, however, but also be responsible for their maintenance and evolution. Upgrade your tanks with all-new weapons, components and more, and make sure you have the right ammo for each battle.” So not only will this game bring you glory but it also comes with a great deal of responsibility, every parents dream.

“Armored Warfare lets you explore mechanized warfare in a way never brought to your PC before. You’ll get regular content updates, including new vehicles and game modes, all for the best price possible! 100% free!” Who doesn’t like free cool stuff?!

Armored Warfare will launch into closed beta in 2014 for PC. It was announced that Obisidian Entertainment will be partnering with My.com on the game.