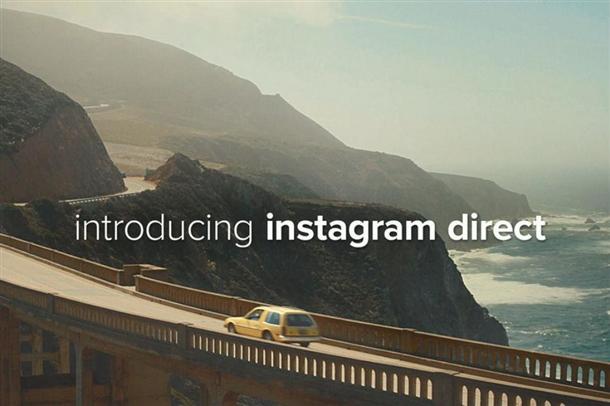 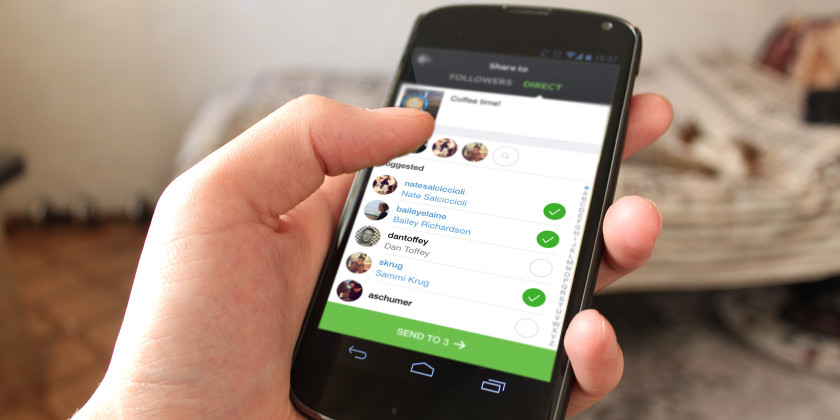 “Instagram Direct is a simple way to send photos and videos. We wanted to make this about moments you share with your friends,” he said.

The way it works is this: the sender takes a photo, types a short message and sends it off to a friend or group of friends. Once the sender begins the chat, an icon showing the profile picture of each recipient of the message will appear below the picture. When the receiver gets the message, a little box will pop up in the top right corner of his/her screen. Once the person has viewed the message, the icon with that particular receiver’s profile picture will have a checkmark on it.

Given the chic design and innovative features, Snapchat may have a tough time competing with IG Direct. Earlier this year, Facebook offered to buy Snapchat for $3 billion. They refused the offer, so Facebook essentially made a new, more polished Snapchat. Rather than only being able to view the message for 15 seconds or less, Direct photos can be viewed an unlimited number of times.

As exciting as this sounds, Instagram may just be following in suit. Snapchat has been around for two years, and Twitter hopped on the bandwagon on Tuesday introducing the ability to share photos through direct messaging. To be frank, this is nothing we haven’t seen before. Although it may give you warm fuzzies to see your friend’s day progress with hourly updates, Direct is just another way to document important moments in your life and allow your friends to witness them.

With so many apps and messaging services out there, it almost seems like a chore to communicate with friends. You get constant notifications from email, Facebook, Twitter, GroupMe, Snapchat, Pintrest, the list goes on. So why on Earth would I want another inbox to check? It’s exhausting keeping up with everything. I can only pretend that my aunt’s random cat pictures are cute for so long. And I think it’s great that my best friend is studying abroad in Europe and wants to send me a picture of every exotic meal she’s about to eat, but, come on. It has to end somewhere.

However, that being said, there is something intriguing about Instagram Direct. It’s more personal than a text message or a Snap. It brings connectivity to a new level.  With Instagram Direct, you can start a conversation with one friend or group of up to 15 friends by sending them a picture or video and a message. It has the “feed” feature of text messaging that allows you to look at previous photos. It gives “chatting” a third dimension, per say. It may be a copycat of every other messaging system out there, but something tells me this one’s different.

Perhaps IG Direct is just another inbox to check, another app to keep up with. Perhaps it is just another trend with a dim future, but if life really is about capturing those special moments as the Instagram Direct campaign suggests, then it has hit the nail on the head. Either way, it certainly has challenged every other messaging app to a dual. Who will win? Only time can tell.