Home Gaming Next-gen Xbox May Not Be Backwards Compatible
Gaming

Next-gen Xbox May Not Be Backwards Compatible

The rumored next-gen Xbox has been reported to use a new AMD x86 processor, which will definitely make it very difficult if not impossible for the console to play current Xbox 360 games. 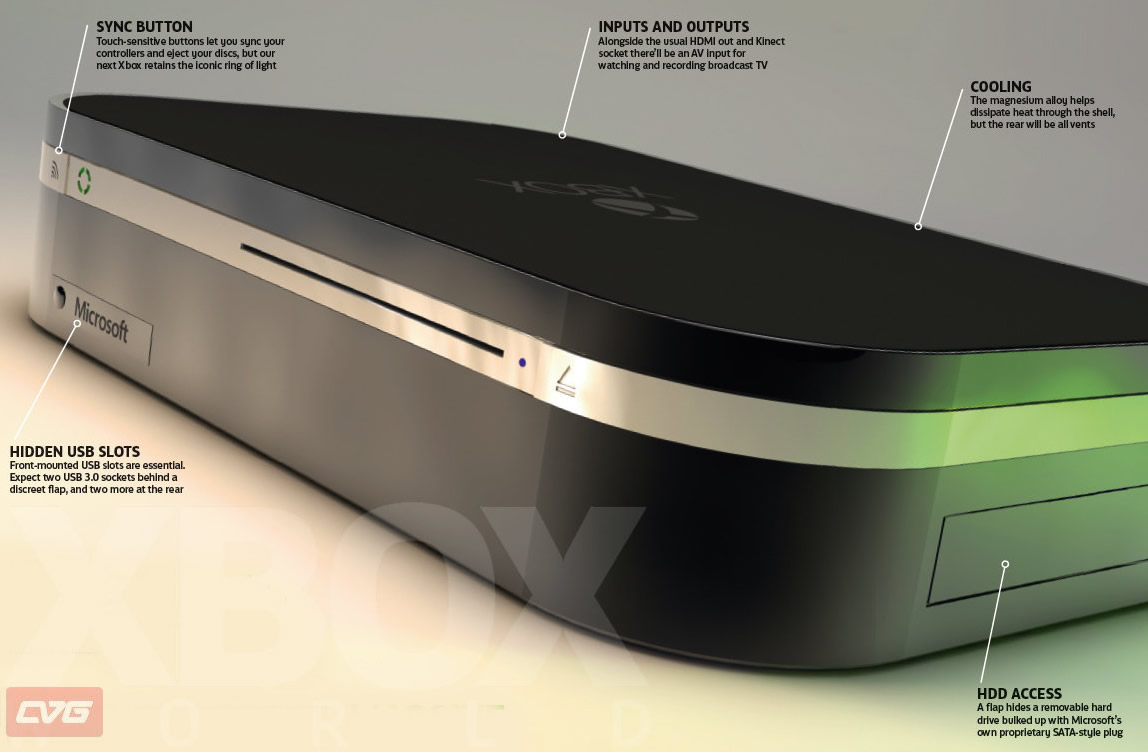 Is this what the next Xbox will look like?

A recent report via Bloomberg states that Microsoft will opt for an AMD SoC that will combine a Jaguar CPU and the graphics chips. Although, the current Xbox 360 has a specialized IBM CPU that’s pretty similar to what Apple used back, then before they made the switch to Intel CPUs.

This sudden change in the architecture of the console will make it difficult to play current Xbox 360 games, although it won’t be entirely impossible. If the system uses a different architecture as the report claims, then Microsoft will have to use software emulation to make the console play Xbox 360 games. However, the most likely thing seems that Microsoft won’t bother with adding any backward compatibility to the new console; and gamers will have to stick to their Xbox 360s to play current titles.

During the upgrade from the original Xbox to the Xbox 360, Microsoft also decided to add the backwards compatibility for the new console, and only a selected number of Xbox titles can be played on the 360. So, a similar move for the next-gen Xbox would mean only a little portion of Xbox 360 games will be supported on the new console.

The reported Jaguar CPU is the CPU that Sony will also use to power the upcoming PlayStation 4. That’s a good thing for both gamers and game developers, as it would drastically reduce the amount of time taken to port games between both consoles. The architecture is also identical to a Computer, so even PC developers will have easy time in porting games to either of the consoles. If the reports are true, then It will be very easy to port games between the consoles and the PC. So as always, the main thing gamers will have to think about before choosing their main-console will be what first-party games they want to play. So, it would be either Gears of War, Halo, etc for the Xbox or God of War, Uncharted, etc for the PlayStation.

Recent rumors and reports around the web claim that Microsoft will announce the next-gen Xbox on 21st May at an event, and a full reveal of the console would be performed at E3, in June.

What features would you like to see in the next Xbox? What would be your weapon of choice, Xbox or PlayStation or a PC? Shoot us a comment below.