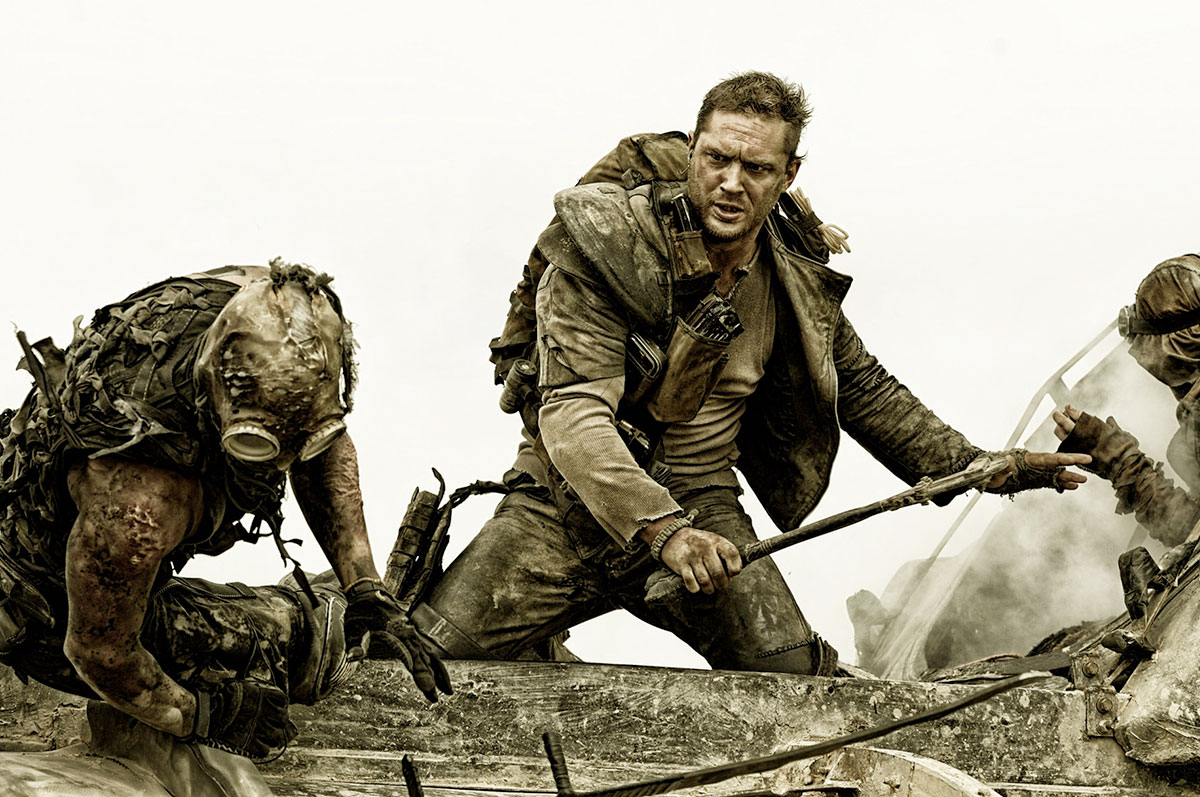 Hollywood has a relationship with reboots and franchises that mirrors Las Vegas’s relationship with casinos and strip clubs. It’s the pulsing heart of the land and while it seems like a new trend the fact is that reboots and franchises are about as traditional as the Hollywood Walk of Fame. Each year brings forth a new array of fresh reboots, some potentially critically acclaimed or blockbusting and others barely limping off the starting line. While 2015 is no different from the past, George Miller returns with a vintage classic that’ll spark nostalgia in older audiences and bridge the gap to a younger grittier crowd.

Reminding us of a time when Grindhouse cinema was flourishing, 80’s testosterone was monosyllabic and glistening with sweat, and before Mel Gibson’s many erratic and prejudice meltdowns, Mad Max was the ultimate badass on screen. He was the man of your mother’s dreams and the hero your father wanted to be. In today’s ambitiously invested world, the remake could’ve been as generic as most i.e. Robocop, with heavy handed explosions, sleek designs reflective of the modern world, and fast tempo choreography. But thus far the trailer stands out compared to others of the reboot brethren.

George Miller Returns To The Road

After some time dedicated to the Happy Feet sequel (nearly 10 years), original visionary director and writer returns to helm the long awaited franchise reboot. Though it quite a jump going from dancing penguins back to ultra-violent sexploitation era films, he brings with him the same well-crafted and enchanted scenery used in Happy Feet. It’s easy to imagine a post-apocalyptic world full chaos, any other director would employ a lot of dirtied people yelling and fighting or even the shaky-cam technique for that “real and authentic” vibe. But George Miller brings color to this desert barbarian epic. From the trailer we see vibrant shades of red, orange, and yellow on the arid landscape, painted bodies and Christ-like imagery, yet balanced with dirtied tattered clothing, rusted weapons, and smoky engines. It’s very much so that aggressive nature you would expect from a futuristic survival of the fittest setting with a shiny bow on top.

Kicking off the rebooted franchise is Tom Hardy as Mad Max himself and there’s no doubt that Hardy is talented or edgy enough to pull off the Grindhouse icon. From the troubled Marine MMA fighter in Warrior to the solemn and sadistic Bane in The Dark Knight Rises, Hardy’s resume of characters involve mastering the right combination of brains and brawn. Also added into the mix is the very talented Charlize Theron playing the role of Furiosa, a woman attempting to cross the black desert in hopes of reaching her homeland.

While Mad Max is yet another testament that displays Hollywood’s obsession with recycling and recreating successful movies from the past, there’s another fixation at hand. Hollywood is well aware of the environmental issues present and the dire consequences they could lead to. Today, we as a society are drawn to these zombie or disaster subgenres, and Mad Max like other post-apocalyptic films showcase the viscous human nature to survive.

The Walking Dead Game S2 E4 “Amid the Ruins” Review