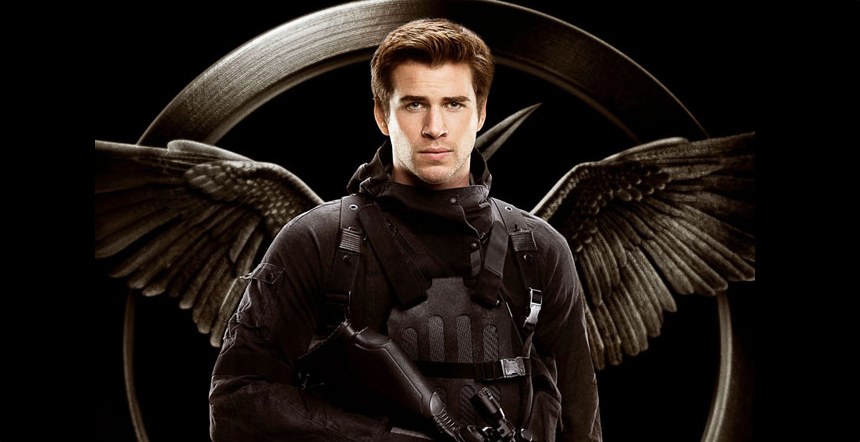 With the release date of The Hunger Games: Mockingjay – Part 1 fast approaching, the resistance fighters are ready for action. A striking new set of character posters shows the rebels in their full fighting gear, looking fierce and defiant against the Mockingjay symbol background. Not only do fans get a glimpse of Gale looking better than ever, there are some new faces as well.

As awesome as it is to see Gale (Liam Hemsworth) with a crossbow, looking ready to take on the Capitol singlehandedly, the poster of Game of Thrones actress Natalie Dormer in character as Cressida can’t help but steal the spotlight. The vine tattoo looks amazing, and the half-shaved hair is stunning and fierce. Her inclusion in this set of posters is fitting, as the character is responsible for capturing and spreading much of the Mockingjay promotional footage in the book. We also get a glimpse of Evan Ross as Messalla, Mahershala Ali as Boggs, Wes Chatham as Castor, and Elden Henson as Pollux, each holding their weapon of choice. 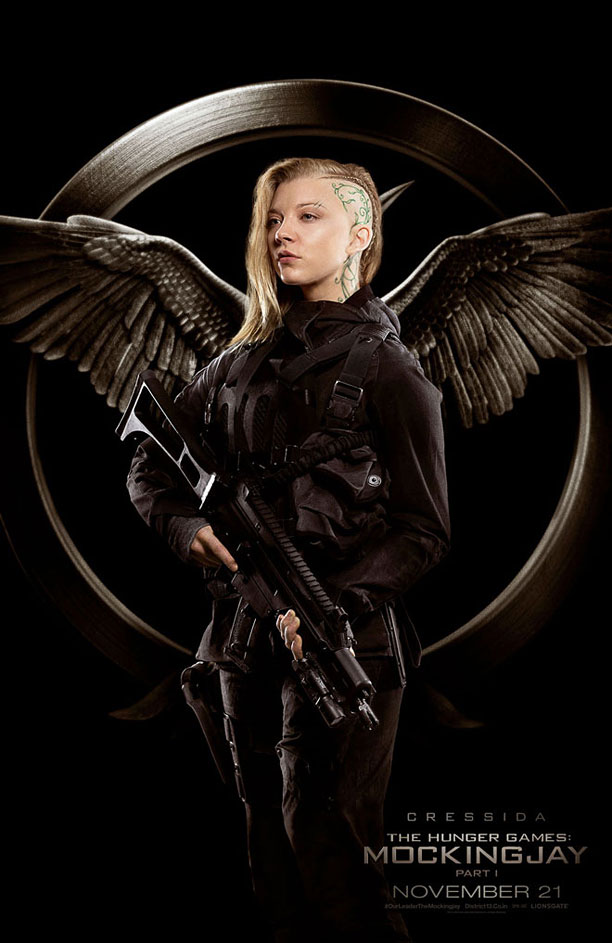 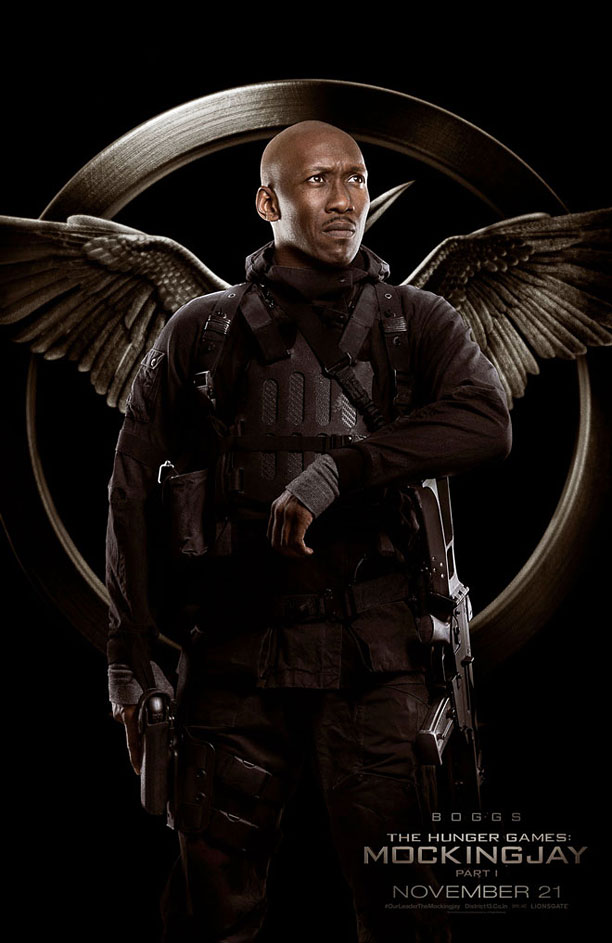 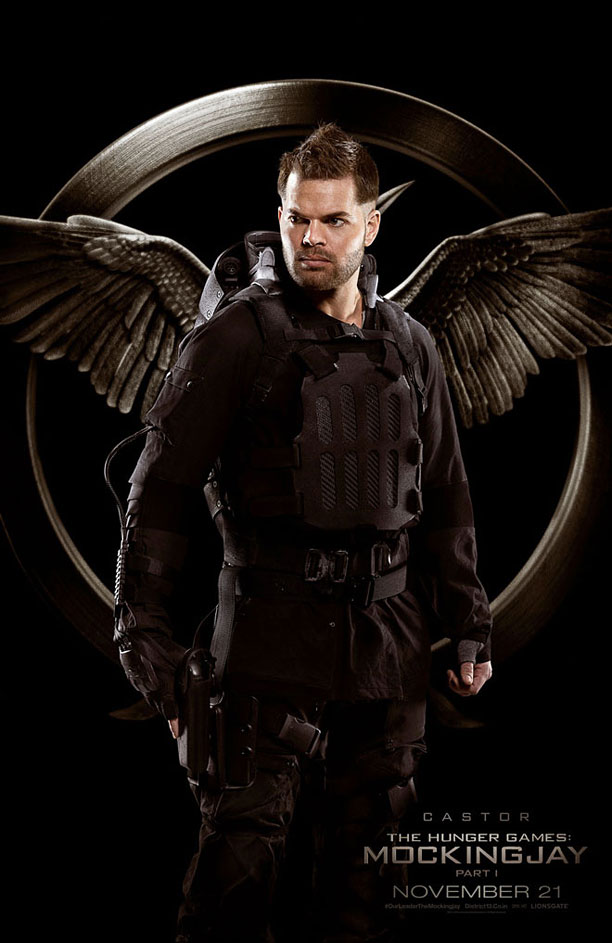 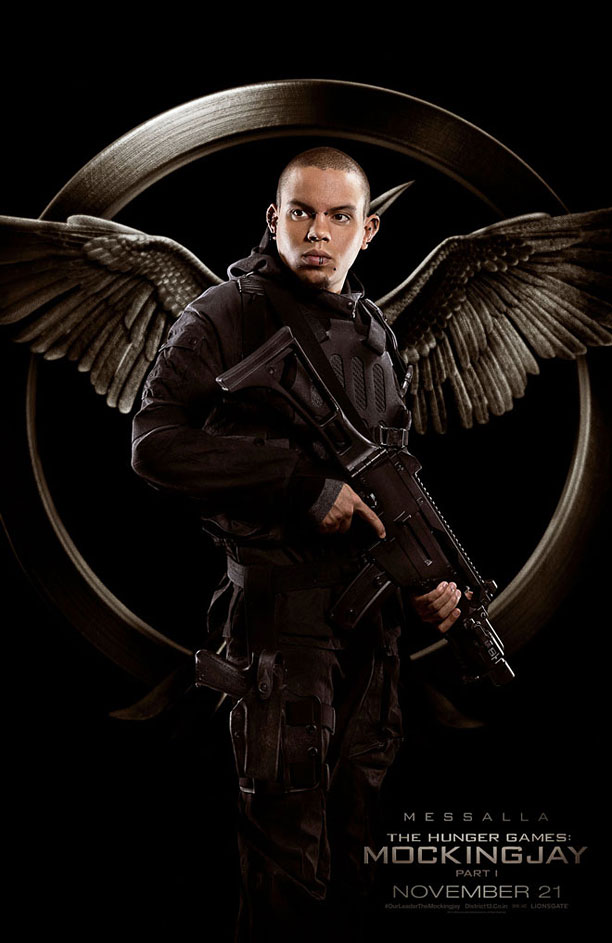 These posters are different from the film’s previous advertisements, which have all been in-universe promos from the Capitol which take up the story from where it left off with the dark ending of Catching Fire. Peeta has been captured by President Snow, and Katniss has been taken to the underground headquarters of the revolution in District 13 to lead Panem’s rebellion. The promos began with President Snow’s extremely creepy TV addresses to the people of Panem, reinforcing the values of his utilitarian society and giving us a glimpse of a blank-looking Peeta by his side. This propaganda was accompanied by images of the Districts’ “Heroes,” showcasing each District’s industrial purpose, as well as a dark, depressing series of character posters set in District 13 (when even Effie Trinket looks drab, you know something’s wrong). The new rebel posters are a response to President Snow’s propaganda, demonstrating that the revolution knows how to market itself just as well as the Capitol, and they’re ready to fight back.

The Hunger Games film franchise has been doing an incredible job with their in-universe marketing, recognizing the symbolism of advertisements and promotion when considering the contents of the books. The nature of the ‘Hunger Games’ competition is rooted in voyeurism, and as a result all of us, the audience of the films, are placed in a position similar to the citizens of the Capitol who watch the District children killing each other from the comfort of their living rooms. This meta-awareness is something that the films can emphasize even better than the books, and now they are continuing to engage with the story’s themes by releasing the promotional marketing for Mockingjay in the style of propaganda. In the book, propaganda and promos are essential to the efforts of both the Capitol and the rebels, who conduct much of their battle through this medium. By releasing character posters like this new set, Mockingjay is giving us a glimpse of what’s happening and including us in the story while at the same time building up hype for the film’s release.

This engagement with the audience and fan community is fantastic, and speaks well for the latest movie in the series. The rise of the rebel army is sure to be thrilling, and Mockingjay promises to be one of the biggest box office hits of the fall.

The Hunger Games: Mockingjay – Part 1 will premiere in theaters November 21.